Coronavirus News: Fairfax Co. votes to increase substitute teacher pay | Is it time to get a COVID-19 booster? Which one? | Local cases of COVID-19 | How many in DC region are vaccinated?
Home » Fairfax County, VA News » Elite Fairfax County rescue…

Fourteen members of the team spent a week helping out in Texas.

Equipped with four jon boats and four inflatable boats, they were part of a huge rescue flotilla that rescued and evacuated people trapped by high water from Harvey.

“The biggest thing was the amount of water in some of these neighborhoods. … There was actual swift water, which we could compare to Great Falls, in apartment complexes,” said Capt. Reggie Wadley, a member of Fairfax County Fire and Rescue and Virginia Task Force 1 — a national and international disaster response team, outfitted by Fairfax County, which often rushes to troubled spots for life-and-death search-and-rescue operations. 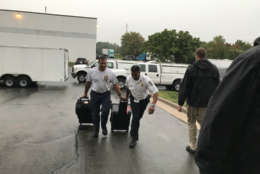 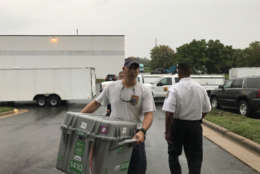 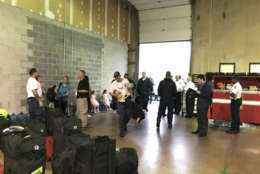 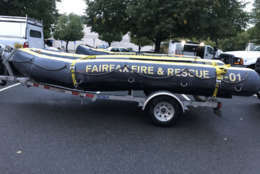 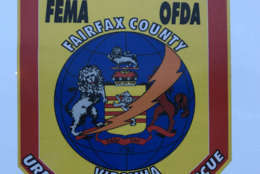 Team members were struck by the volume of water they encountered in Houston and they also were impressed by the cooperative spirit of the flood victims.

“A lot of water, a lot of places under water, just a lot of water,” said Battalion Chief Ryland Kendrick, Fairfax County Fire and Rescue. “I think the biggest thing for us was the generosity and the compassion shown by all the citizens both to us and to each other,” he said.

Family members of some of the team turned out at Virginia Task Force 1 headquarters to welcome their heroes home.

On the last leg of their road trip from Tennessee to Virginia team members talked about the potential of Hurricane Irma, swirling in the Atlantic Ocean and threatening Florida later this week.

“It’s coming, so I want to get home and see my kids and my wife and we’ll see what happens next,” said Wadley.

Members of Virginia Task Force 1 — possibly some of the same individuals who responded to the disaster in Houston — found out Wednesday they will now help with Irma.

“We’re already spun up. We’ve got our cash, our equipment all ready to go. If we’re called in a moment’s notice we’re able to gather and deploy within just several hours,” said Richie Bowers, Fairfax County Fire and Rescue Chief.