Montgomery County plus Fairfax County have sent their specialized urban search and rescue teams to help. The teams left Sunday night and were expected to arrive Monday afternoon.

“We deployed a 14-member detachment from our Urban Search and Rescue Team, which is known as Virginia Task Force 1, to the Houston area,” said Charles Ryan, assistant fire chief with the Fairfax County Fire & Rescue Department.

Dozens of team members are deployed along with six boats for water rescues. They will also provide incident management and help with logistics of Federal Emergency Management Agency resources. They will also assist with any hazardous materials.

Montgomery County is one of eight such teams nationwide that has specialized equipment for hazardous materials.

“The hazmat team will assist urban search and rescue teams with the hazardous things that they come across,” Piringer said.

The American Red Cross National Capital Region has sent about 18 volunteers to either Texas or Louisiana, spokesman Nathan DeVault said.

Flooding and subsequent issues in and around Texas could be a long-term event, but both Virginia and Maryland’s task forces have additional resources and manpower that could be deployed if needed.

While the Task Force teams are away from home, local fire departments will support their families.

“We take great care in making sure that the family members are taken care of when the team is deployed,” Piringer said. “The kids get to school and get to the doctors, get to soccer practice, the grass gets cut — whatever — so the team members don’t have to worry about that.” 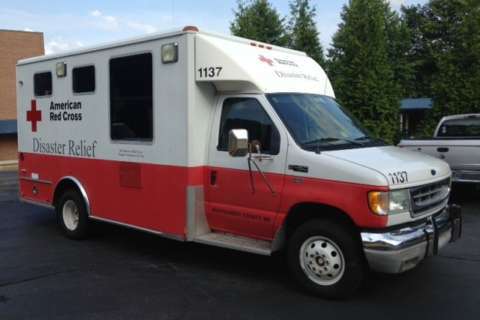