WASHINGTON — Fairfax County rescue teams are ready for the call to help victims of hurricanes in Florida and the Caribbean.

Fairfax County Fire Chief Richie Bowers told WTOP that 70 members of Virginia Task Force 1 arrived in Puerto Rico Saturday ahead of Hurricane Jose. The team is in a holding state until the hurricane passes, after which personnel will be deployed to the Virgin Islands for a search, rescue, recon, building collapse assessment mission. Ten members of the task force are in Georgia, standing by for Hurricane Irma.

Bowers said that the 70-member team is mobile and can be ready to join the 10-member team in Hurricane Irma relief efforts in the United States if called to do so by the Federal Emergency Management Agency. He said the teams are “well-prepared and well-situated” to provide assistance.

In addition, there is another team in Fairfax that is “ready to go,” whenever FEMA calls on them. “It’s already packed; roster’s already started,” Bowers said.

.@VATF1, one of our search & rescue teams, headed down to Puerto Rico yesterday to support #Irma response operations. pic.twitter.com/NdEJgtpi8W 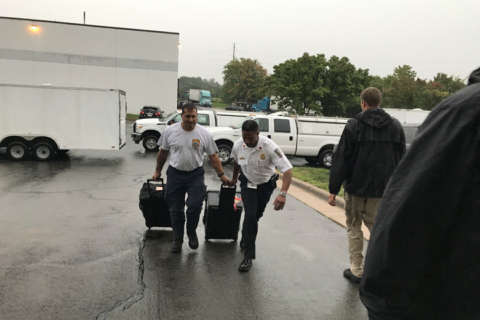 Florida residents and tourists were ordered off beaches and faced gas shortages and gridlock on inland highways as hundreds of thousands of people evacuated ahead of an anticipated devastating blow from Irma. See photos.