A 7-Eleven store in Alexandria is the latest to have had a skimmer installed at an ATM. Police say there are some things you can do to protect your money.
Listen now to WTOP News WTOP.com | Alexa | Google Home | WTOP App | 103.5 FM

WASHINGTON — An ATM at a convenience store in the Alexandria section of Fairfax County, Virginia, is the latest that police have found fitted with a skimmer. Thieves use skimmers on ATMs and at gas pumps to steal bank card numbers.

The device at the 7-Eleven store in the 6300 block of South Kings Highway was discovered last Friday. It was accompanied by a pinhole-size camera capable of recording a hand tapping out the pin number.

“It appears that this is becoming very frequent,” said Monica Meeks, the public information officer at the Fairfax County Police Department. “Our financial crimes detectives get these cases almost weekly.”

In the latest incident, a customer’s bank card became stuck. When he yanked on it, the card receiver cracked. Police found that it was a skimming device capable of encrypting data from the bank card’s magnetic strip.

Police say people who use ATMs must be vigilant, though the skimmers are tough to detect.

“Pull on the card reader to see if it’s loose or if there’s equipment that seems manipulated or tampered with in any way,” Meeks said. “Look around for anything that doesn’t seem right.”

There could be signs of glue on the ATM, which is used to attach the devices.

Another safeguard is to try to use ATMs that are within eyesight of the cashier, which police believe would be less likely to be tampered with.

While skimmers are always difficult to spot, they may be even harder to spot at the gas station.

“Use cash when and if you can,” Meeks said. “Especially with our gas pump situation, use a credit card if you have to use a card and go to newer pumps … instead of older ones.” 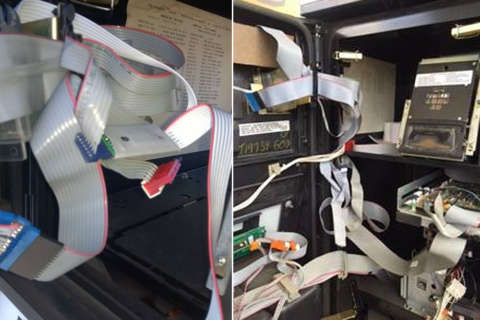 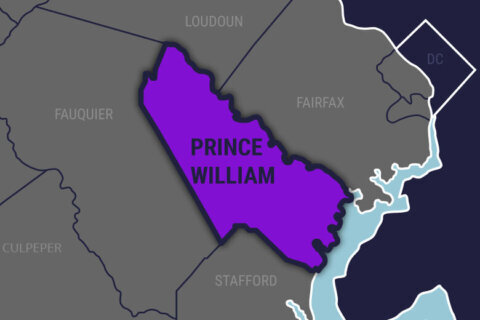