Lake Anne Village Center, which was recently added to the National Register of Historic Places, faced some challenges on its path to becoming the nation’s first zoned planned-unit community.
(1/5) 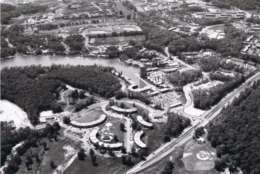 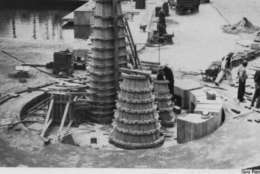 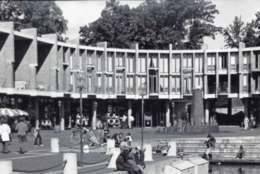 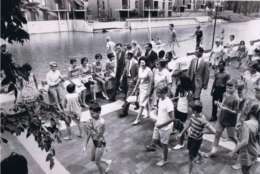 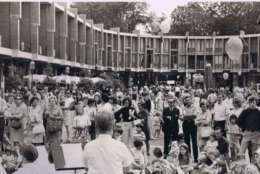 Lake Anne Village Center, which was recently added to the National Register of Historic Places, faced some challenges on its path to becoming the nation’s first zoned planned-unit community.

So did its champions as they worked diligently to have its history nationally recognized.

Shelly Mastran and Cheryl Terio-Simon, longtime residents who are chair and vice chair — respectively — of the Reston Historic Trust and Museum Board of Directors, spent several years compiling the information required to seek the NRHP designation.

Mastran said they began working on the process in 2011, submitting written narratives at the state level to justify the social and historical significance of the Village Center. The state’s Department of Historic Resources then encouraged them to continue their effort to the national level.

But the quest for NRHP recognition was halted for a time, Terio-Simon said, as some worried it may hinder potential growth in the plaza through proposed redevelopment — something she said would not have been affected by the designation. In addition, Mastran said, the women began to feel daunted by the amount of work the process entailed.

“A lot of the process involves data entry, in the state’s database,” she said. “Every single property has to be individually described in the database, in a very particular way.” 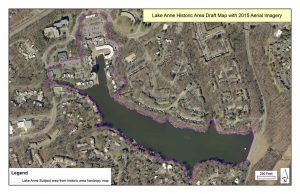 There are more than 100 properties within the boundaries of the designated zone. The women ended up hiring an intern to help them do the data entry, while Vern Wingert was tasked with taking photographs of all the properties.

“We gave [the National Park Service] much more than they probably wanted,” said Terio-Simon, widow of Reston founder Bob Simon. “But we thought as long as we were doing the research, we’d put everything in there.”

The boundaries of the nationally designated area also include all of Lake Anne, which was made at the same time as the village center. All residents who live within 300 feet of the lakefront needed to be notified of the nomination.

“If more than 50 percent of the owners within the district protested, it could fail,” Mastran said. “I don’t think any [did].”

Elizabeth Didiano, executive director of the Reston Historic Trust and Museum, said all commercial properties within the designated area are eligible for federal tax credits for extensive external improvements that keep the historic character of the property. Residential owners are also eligible to apply for state tax credits.

Terio-Simon said her late husband was taking a major risk and lost financial backing as he pursued his idea of an open community before the Civil Rights Act of 1964. She said while he was more concerned with revitalization than with seeking a historic designation, he would be pleased that the latter has been achieved.

“It acknowledges not only what he did, but other people as well — architects, engineers, people who were on his staff,” she said. “A lot of those people were taking a real leap of faith.”

The women said they are hopeful someone will take up the task of adding nearby Hickory and Waterview clusters, built around the same time as Lake Anne Plaza, to the historically designated district.

“The district could be expanded to include both of them,” Mastran said. “[But] somebody’s gotta do all the work,” she laughed, “because it’s not going to be Cheryl and me.”

Both women said they are proud Lake Anne is being recognized for its revolutionary design and its undeniable historical value.

“I’ve lived in Reston since 1969,” Terio-Simon said. “I can’t think of anyplace, really, that I would rather be. It’s an extraordinary atmosphere, it has community — the things that Bob really wanted.”