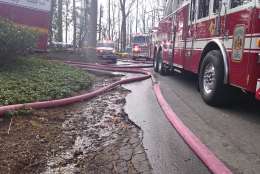 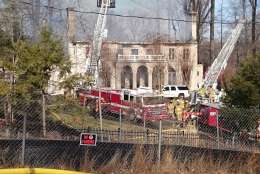 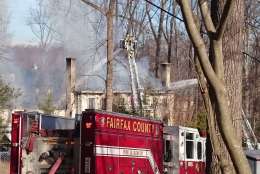 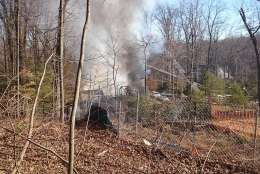 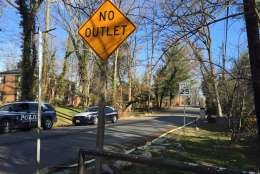 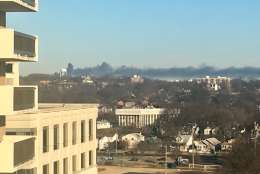 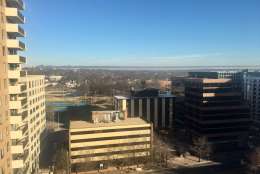 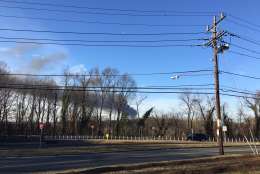 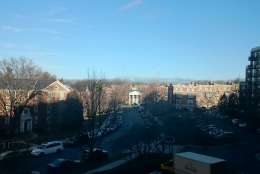 WASHINGTON — A thick plume of smoke visible from parts of D.C., Maryland and Virginia had residents wondering its source Saturday morning.

Fairfax County firefighters reported a fire through the roof of a house in the 800 block of Turkey Run Road shortly after 8 a.m.

Fire crews blocked off Turkey Run, and were still battling the blaze as of 9:30 a.m. They were able to extinguish the bulk of the fire before 10 a.m.

“There’s not much left of this big house here,” WTOP’s Dennis Foley said from the scene. “Some witnesses said it looked like a small fire at first that quickly consumed the house.”

As for the cause of the black smoke visible from afar, Fairfax County Deputy Chief Paul Ruwe said the burning of plastics or wood could have been a factor.

Foley said that fire crews from all over Fairfax County and even Arlington were at the site, trying to knock down any hot spots and snuff out remaining pockets of fire.

Along with the size of the blaze, Fairfax County fire officials said the location of the house made the fire difficult to battle. Crews had to string long lines of water hoses from Georgetown Pike all the way to the engulfed house because there aren’t any fire hydrants near the structure.

Its location also made logistics difficult, since the big fire tankers and ladder trucks had to work their way through the narrow, wooded streets.

The family was alerted to the fire by smoke alarms and got out of the house unharmed, officials said. Their two dogs also escaped injury.

Officials did not immediately know what caused the fire.

‘Human error’ leads to some Fairfax Co. voters getting two ballots in mail