WASHINGTON — Fairfax County police say they don’t believe a civilian contractor for the military had any malicious intent when calling 911 to report an active shooter inside a crowded office building at 5109 Leesburg Pike, in Bailey’s Crossroads, Virginia.

There was no shooter. There wasn’t even a drill underway, WTOP has learned.

“The person may have read a portion of an email about an upcoming drill for sometime in November,” says Lucy Caldwell, spokeswoman for Fairfax County Police.

The contractor who read the email forwarded it to another person who worked in the building — that person called 911, prompting a strong response from local, state and federal law enforcement agencies, who had not been notified in advance of a drill.

Law enforcement sources say a contractor with the Defense Health Agency, who works at 5109 Leesburg Pike — known as Six Skyline Place — apparently misinterpreted an email about the drill.

Tanya Bradsher, a spokeswoman with the Defense Health Agency, says the agency itself was not planning a drill.

According to its website, “The Defense Health Agency (DHA) is a joint, integrated Combat Support Agency that enables the Army, Navy, and Air Force medical services to provide a medically ready force to Combatant Commands in both peacetime and wartime.”

It is not clear whether the building owners were planning a drill.

A spokesperson for Vornado/Charles E. Smith, which owns and leases Six Skyline Place was not immediately available for comment.

A county detective assigned to investigate the specifics of the miscommunication was still pulling details together almost 24 hours after the incident.

Although the initial tweet by Fairfax County Police had said they were investigating “a report of shots heard,” police learned nobody heard any loud noises, but the 911 caller reported “one of our employees said there’s an active shooter.”

“We don’t want the person to feel bad or look bad,” said Caldwell. “They did the right thing by calling.”

Sharon Bulova, Chairman of Fairfax County Board of Supervisors, tells WTOP “I’m reminded of Orson Welles and ‘The War of the Worlds,'” alluding to the 1938 radio drama about aliens invading Earth. “People believed it was true and there was panic.”

Bulova says there is a need to communicate drills in the future.

“Whenever someone is going to do a safety drill, they really do need to alert local public safety organizations, so that people know that this is a drill, and not the real thing,” says Bulova.

In a digital age, “remember how things can go viral, so very easily,” she says.

“Someone thought they were doing the right thing,” says Bulova. “The result of that there was unfortunately a waste of time and resources.”

On the upside, Bulova said the emergency response was impressive.

“It demonstrated how well our public safety responds when there is something happening. They were there within minutes, took things very seriously, and that’s important for people to know.” 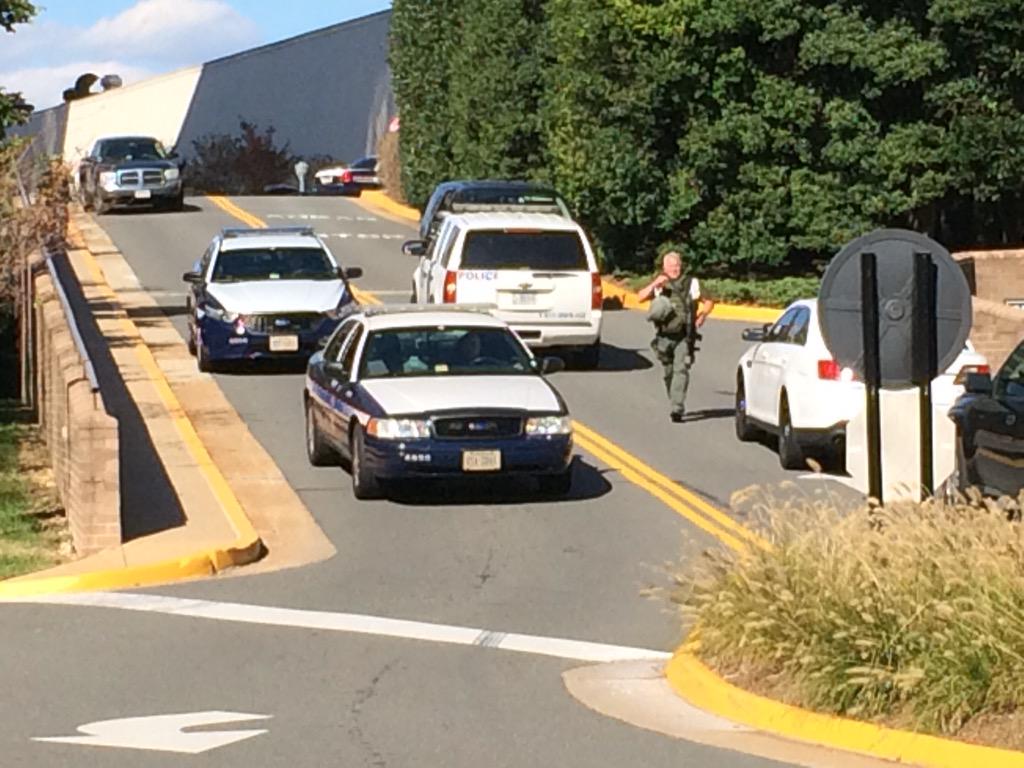 Fairfax Co. police not notified of drill, respond to reports of shots