In Britain, nearly 200,000 workers are striking on Black Friday

Britain’s cost-of-living crisis is already taking the shine off Black Friday. Now, the annual shopping bonanza faces an additional threat from strikes that could disrupt deliveries, subdue online sales and deliver another blow to the slumping economy.

Some 235,000 workers have gone on strike across the United Kingdom this week, encompassing schools, universities and the postal service. Workers are demanding better pay and working conditions as they struggle with soaring food and energy bills.

Strike action by as many as 115,000 Royal Mail staff on Thursday and Friday threatens to disrupt Black Friday sales and deliveries at a crucial time of the year for retailers.

Small businesses in particular are suffering “enormous damage” as a result of the postal strikes, as they “rely on an efficient mail service for so much of their trade,” according to a statement posted to LinkedIn and signed by Murray Lambell, eBay UK general manager, Martin McTague, chair of the Federation of Small Businesses, and Michelle Ovens, founder of campaign group Small Business Britain.

“Customers should expect delays to items posted just before, during or just after strike action,” Royal Mail said in a statement.

Strikes have swept the United Kingdom this year, as workers grapple with a worsening cost-of-living crisis and an economy that is sliding into a recession. Wages have stagnated and failed to keep pace with inflation, now at a 41-year high, setting the stage for clashes between employers and employees.

Those clashes have already caused widespread disruption, including to train travel, and are now spreading to even more sectors, such as education and healthcare.

More than 70,000 university workers went on strike over pay, working conditions and pensions on Thursday and Friday at 150 universities across the United Kingdom.

The strike is the biggest in the history of British higher education, affecting over 2.5 million students, according to the University and College Union, which organized the strike. Another strike is planned for November 30.

In Scotland, every school on the mainland was shut Thursday after walkouts by as many as 50,000 teachers in the first day of national strike action over pay in almost 40 years, according to the Educational Institute of Scotland, a trade union.

Meanwhile, the Royal College of Nursing, which has more than 300,000 members, said Friday that nurses would hold a strike on two days in December — the first in the union’s 106-year history — in support of its call for higher pay. Unison, a labor union representing nearly half a million health service workers, will complete its own strike ballot on Friday.

But the picture could get worse again before it gets better, with disruption stretching beyond Black Friday and well into the holiday season. Strike action will also add to losses facing companies and could prompt further job cuts.

RMT, Britain’s largest transport union, on Tuesday announced four 48-hour strikes in December and January after talks with Network Rail collapsed. Network Rail’s chief negotiator, Tim Shoveller said that striking makes the “precarious financial hole” in which the company finds itself bigger and “the task of finding a resolution ever more difficult.”

Drivers for Best Food Logistics, who deliver fresh food to restaurants including KFC, Burger King and Pizza Hut, have also voted to strike, according to a statement from the GMB Union on Thursday. No dates have yet been announced and a company spokesperson told CNN Business it is committed to “reach a way forward.”

The Communication Workers Union (CWU), which represents striking postal workers, has announced additional walkouts on December 9, 11, 14, 15, 23 and 24, which could jeopardize Christmas deliveries. Royal Mail says it has not yet been formally notified of these dates.

Relations between the company and the union have deteriorated after they failed to reach an agreement on pay and changes to working terms and conditions during talks lasting seven months.

According to Royal Mail CEO Simon Thompson, the strikes have added £100 million ($121.3 million) to Royal Mail’s losses so far this year and could lead to further job cuts on top of 10,000 already announced.

“The CWU’s planned strike action is holding Christmas to ransom for our customers, businesses and families across the country, and is putting their own members’ jobs at risk,” Thompson said in a statement.

Also on Friday, thousands of Amazon warehouse workers plan to take part in protests and strikes in around 30 countries, including the United States, Britain, Japan, India, Australia, France, Germany and South Africa, according to UNI Global Union.

This is the third year that the Make Amazon Pay campaign has organized a global day of action on Black Friday. Protests due to take place between shifts at an Amazon warehouse in Coventry, England on Friday evening are not expected to affect Black Friday deliveries. 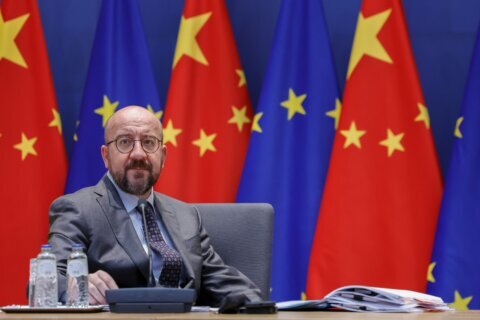 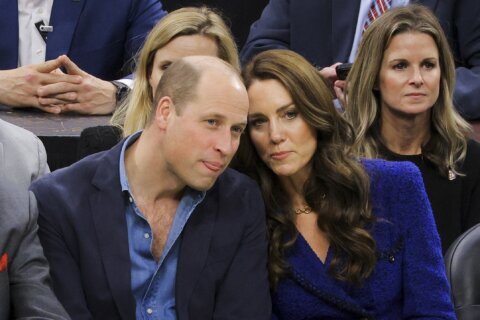