Thousands of train workers in Britain began a fresh round of strikes Thursday, paralyzing rail service across the country in an ongoing dispute over pay and work conditions exacerbated by a deepening cost-of-living crisis.
Listen now to WTOP News WTOP.com | Alexa | Google Home | WTOP App | 103.5 FM
(1/11) 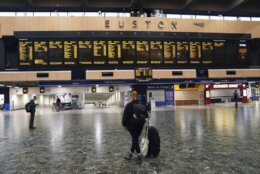 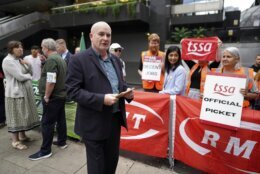 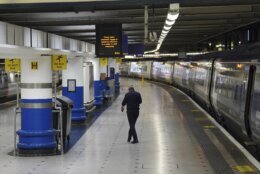 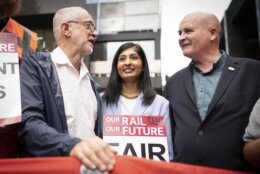 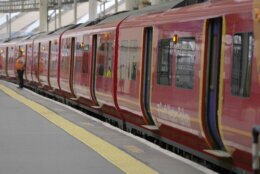 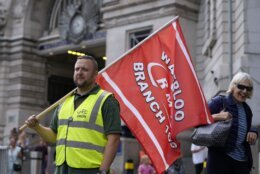 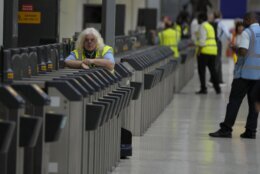 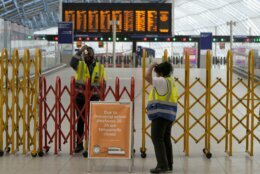 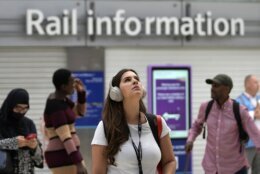 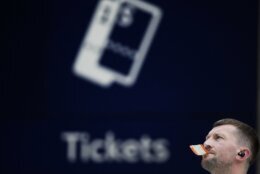 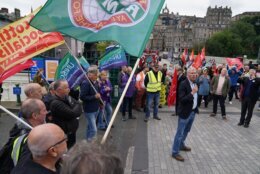 LONDON (AP) — Thousands of train workers in Britain staged a new round of strikes Thursday, paralyzing rail service across the country in an escalating dispute over pay and working conditions exacerbated by a deepening cost-of-living crisis.

Only around one in five trains ran across the U.K. as a result of the walkout by union members, who have already staged multiple strikes in recent months. A strike planned for Friday is expected to affect most of the London Underground subway network as well as bus service in the capital, while another walkout on Saturday is set to disrupt national train travel again.

Mick Lynch, leader of the Rail, Maritime and Transport union, said rail workers, like socores of ther public sector employees in the U.K., are struggling to cope with soaring food and fuel prices.

He warned of “a wave of solidarity action” affecting multiple sectors after official figures showed Wednesday that the country’s inflation rate jumped to a new 40-year high of 10.1% in July, higher than analysts’ forecast of 9.8%.

Unions representing postal, port and aviation workers have also announced strikes as the cost-of-living crisis bites into wages. In Scotland, garbage collectors and recycling workers in the capital city of Edinburgh began a 11-day strike on Thursday, saying a pay rise offer of 3.5% was far from enough to battle rising bills.

“People in this country are fed up with low pay. Many millions of people have not had a proper pay deal for decades,” Lynch said Thursday at the picket line in London’s Euston train station. “So public sector workers in health care, education, transport, all sort of services, have been subjected to pay cuts and rampant inflation.”

He blamed the Conservative government’s alleged “anti-union agenda” for prolonging the labor dispute and said railway workers would continue strike actions until a settlement is reached with train companies, which are privately owned but heavily regulated.

Lynch alleged that U.K. officials have used taxpayer funds to bail out the companies so they don’t lose income from strikes, thereby removing incentives for executives to negotiate.

The government has argued it spent huge amounts in public funding to protect rail workers’ jobs during the coronavirus pandemic, and officials want to cut costs and staffing to make the train system financially sustainable for the future. They say a fair pay offer was presented to rail workers.

A Department for Transport spokesperson said union leaders were “opting to inflict misery and disrupt the day-to-day lives of millions” for the sixth time since June instead of working to reach a deal.

“We urge union bosses to do the right thing by their members and let them have their say on Network Rail’s very fair deal, which will deliver the reforms our rail system urgently needs,” the spokesperson said. “It’s time to get off the picket lines and back around the negotiating table.”

Some 40,000 rail workers including cleaners and maintenance staff walked off their jobs for three days in June to demand better pay, job security and working conditions, leading to the U.K.’s biggest transit strike in three decades.

Several other rail strikes have followed since, and no resolution has been reached between the government and workers.

Next year’s Met Gala will celebrate the late Karl Lagerfeld