BUCHAREST, Romania (AP) — Nine NATO nations on the alliance’s eastern flank held talks Friday in Romania ahead of a key NATO summit later this month, with some leaders urging NATO to step up protections for them in light of Russia’s protracted war against Ukraine.

“We need to make sure that NATO is able and prepared to respond effectively and calibrated to the threats it faces,” Romanian President Klaus Iohannis told reporters after Friday’s meeting. “The alliance needs to be able to defend every inch of its territory.”

“The result we are pursuing is a consolidated NATO presence on the Eastern Flank, united and coherent, robust, credible and sustainable, especially on the Black Sea — the most exposed to Russia’s threats,” Iohannis added.

Three NATO members — Bulgaria, Romania and Turkey — border the Black Sea, which has turned into a key battleground in the war in Ukraine.

NATO is set to hold a “Strategic Concept” summit at the end of June in Madrid to reaffirm its values and purpose and to map out future goals.

Poland’s President Andrzej Duda said Friday that “we are also counting on an increase of U.S. presence in our part of Europe” and that he wants the number of NATO troops in each Eastern Flank country to be increased.

“We want the enhanced forward presence that we have today on NATO’s eastern flank to be extended,” he said. “We want the existing battalion groups to be transformed into brigade groups.”

Duda said a brigade group has 3,000 troops, which would mean a “significant and visible strengthening.”

After Russia’s invasion of Ukraine, NATO bolstered its presence on the Eastern Flank by adding four multinational battle groups to Bulgaria, Hungary, Romania and Slovakia. It brings the total number of battle groups to eight, which stretch from the Black Sea in the south to the Baltic Sea in the north.

NATO Secretary-General Jens Stoltenberg, who was set to join the leaders in Bucharest, joined the forum via video after contracting shingles. Stoltenberg stressed the importance of continued defense spending to the Eastern Flank leaders and commended “the fact that many of them meet or exceed the 2% target of GDP on defense spending.”

Iohannis said he supports “strengthening NATO relations with partners in the region, who are deeply exposed to Russian pressure and aggression” and expressed “firm support for NATO’s ‘Open Doors’ policy and for Sweden and Finland’s” bids to join NATO.

“The accession of these states will contribute to strengthening the security of the Alliance as a whole,” he said.

During the Cold War, the Eastern Flank nations that constitute the Bucharest Nine group — which was launched by Romania and Poland in 2015 — were all controlled by Moscow, with the three Baltic states incorporated into the Soviet Union. Today they are all members of NATO and the European Union. 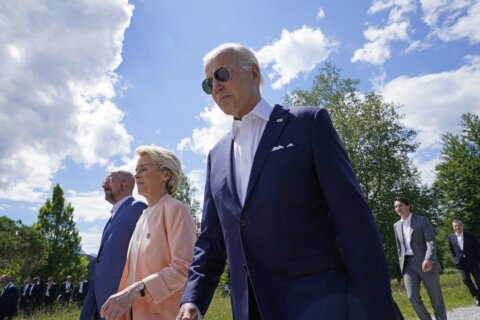 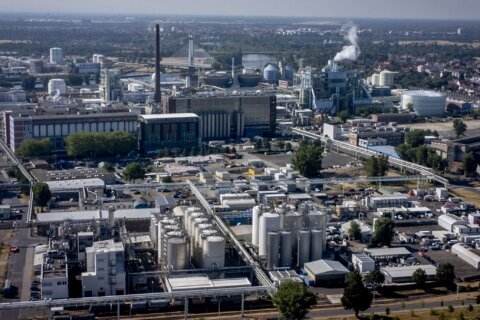