The developments this week have opened a new era for the European Union’s most populous nation and largest economy after Angela Merkel’s 16-year tenure at its helm.

Scholz’ government is composed of his center-left Social Democrats, the environmentalist Greens and the pro-business Free Democrats.

Lars Klingbeil, 43, the former Social Democrats’ secretary general, was elected co-party leader at the mostly digital party convention with 86.3% of the vote, along with the 60-year-old party leader Saskia Esken, who got 76.7%, the German news agency dpa reported. It is not unusual in Germany to have parties led by co-leaders.

The former head of the party’s youth wing, 32-year-old Kevin Kühnert, was elected with 77.8% as the party’s new secretary general, its third position.

Esken was first elected as party leader two years ago when she led together with Norbert Walter-Borjans, who did not run again this time.

At Saturday’s convention, Klingbeil, told the roughly 600 delegates “we’ve unleashed this country after 16 years, and we’ve unleashed it from the mustiness of the conservatives,” and recalled the party’s long polling slump.

“We were written off, we were pitied,” he said. “But we never gave up, never, at any time.”

Klingbeil added that the victory in Germany’s federal election was a great opportunity to shape a “social democratic decade.”

His co-leader Esken told the delegates “we will change this country, we will strengthen it, and we will make it more just.”

Follow all AP stories on German politics at https://apnews.com/hub/germanyelection. 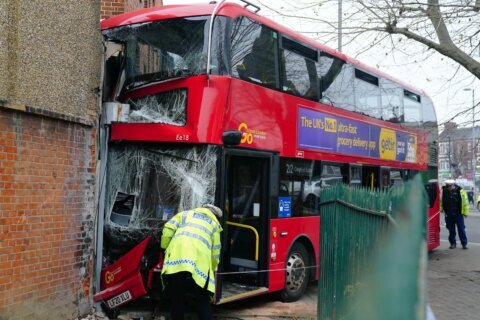