BRUSSELS (AP) — A study commissioned by the environmental group Greenpeace shows that over one-third of the busiest short-haul flights in Europe have viable train alternatives which are far less polluting.

The group called on European governments Wednesday to boost train travel so fewer polluting planes are flying over the continent. The study by OBC Transeuropa showed that 34% of the 150 busiest short-haul flights have train trip alternatives of less than 6 hours.

The study, released ahead of a U.N. climate change summit that opens in Glasgow, Scotland on Sunday, highlighted some particularly problematic air routes, ones with flights the authors said can emit a dozen times more carbon dioxide than trains would.

The routes, including Madrid-Barcelona, Frankfurt-Berlin and Brussels-Amsterdam, could be covered by train in two to four hours, the study said.

“Europe could replace almost all of the top 250 short-haul flights and save some 23.4 million tons of CO2 per year, as much as the annual CO2 emissions of Croatia,” Greenpeace said.

Airlines argue that some short-haul flights are necessary because they are essential connections for longer-distance trips. 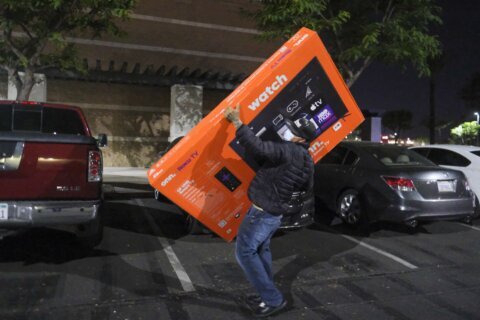 EU plane to monitor migrants on Channel shores after deaths