BRUSSELS (AP) — A total of 65 journalists and media workers were killed worldwide in 2020 while doing their jobs, according to the International Federation of Journalists.

That is 17 more than in 2019, and the death toll is around the same level as in the 1990s, the federation said Friday as it published details of its annual report on killings.

The IFJ also reported that more than 200 journalists are currently jailed because of their work.

A total of 2,680 journalists have been killed since the IFJ started keeping count in 1990.

“The ruthless reign of crime barons in Mexico, the violence of extremists in Pakistan, Afghanistan and Somalia, as well as the intolerance of hardliners in India and the Philippines have contributed to the continued bloodshed in media,’’ said IFJ General Secretary Anthony Bellanger.

For the fourth time in five years, Mexico topped the list of countries where the most journalists were killed, with 14 killings. It was followed by 10 deaths in Afghanistan; nine in Pakistan, eight in India, four each in the Philippines and Syria, and three each in Nigeria and Yemen. There were also two killings in both Iraq, Somalia while Bangladesh, Cameroon, Honduras, Paraguay, Russia and Sweden all reported one journalist killed.

In addition to the deaths, the IFJ said at least 229 journalists were in prison across the world as of March 2021 because of their work. The federation said Turkey is “the biggest jailer of journalists in the world” — with at least 67 media workers in its cells. That was followed by 23 journalists detained in China, 20 in Egypt, 16 in Eritrea and 14 in Saudi Arabia.

‘’No democracy worthy of that name can jail messengers of freedom of expression,” Bellanger said.

Among those currently jailed is Associated Press journalist Thein Zaw, arrested in Myanmar while covering demonstrations against the military’s seizure of power. A court in Myanmar on Friday extended his pre-trial detention period.

Thein Zaw, 32, and at least six other members of the media have been charged with violating a public order law, according to his lawyer and the independent Assistance Association for Political Prisoners. The association says 38 journalists have been detained since Myanmar’s military ousted the elected government of Aung San Suu Kyi on Feb. 1, and 19 are still incarcerated. 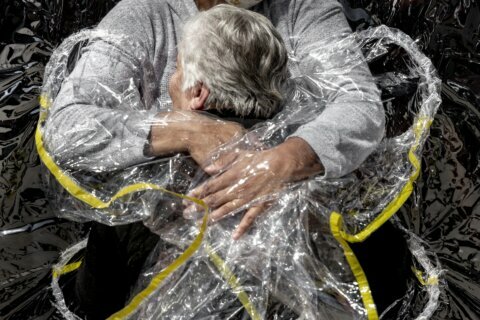