EU lawmakers refuse to sign off on border agency’s budget

BRUSSELS (AP) — European Union lawmakers on Tuesday refused to sign off on the budget of the EU’s border and coast guard agency over concerns about allegations of rights violations, hiring failures and harassment by senior Frontex staff.

The European Parliament’s Budgetary Control Committee voted by 22-3, with five abstentions to postpone their endorsement of Frontex’s 2019 budget “until additional clarifications are brought on a series of issues.”

Frontex, which supervises the outside borders of the 27-nation EU, is under pressure following a series of allegations that it was involved in the illegal pushbacks of migrants, notably in the Aegean Sea between Greece and Turkey.

An official inquiry cleared it of links to the pushback claims, but criticized reporting and monitoring failures. Some EU lawmakers are calling for the Frontex chief to resign. The European Parliament has also set up its own “scrutiny group,” which is expected to release its findings on the agency over the summer.

Frontex was supposed to have hired 40 fundamental rights officers by December to help monitor for possible abuses, but has so far employed none. A number of senior positions at the agency also remain unfilled.

With Tuesday’s vote, the lawmakers “expressed strong concerns as regards the delays in the process of recruitment of the fundamental rights officer and monitors” and “the significant gender imbalance, in particular at the level of the management board.”

They also raised reports about cases of harassment and possible meetings between Frontex staff and company lobbyists, and they want the assembly’s scrutiny group more deeply involved in the investigation of pushbacks.

The decision to delay the budget endorsement is likely to be backed by the full parliament in a vote next month. Should Frontex fail to clarify the issues as requested by fall, the assembly could refuse outright to endorse its 2019 budget, but such a move would be unprecedented. 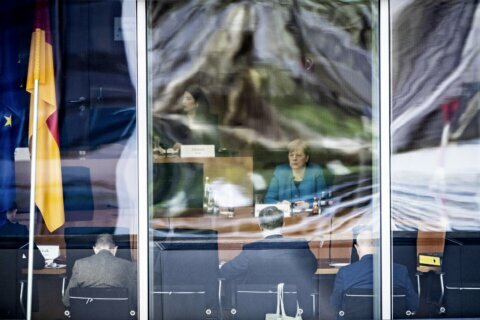