If you ever watched Saturday morning cartoons, you grew up on the work of Ron Campbell, There's now a pop-up exhibit in Alexandria featuring his art.
Listen now to WTOP News WTOP.com | Alexa | Google Home | WTOP App | 103.5 FM
(1/6) 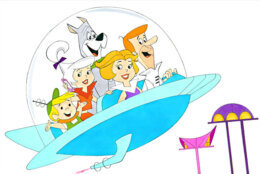 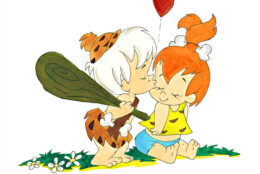 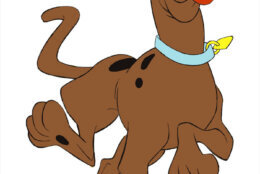 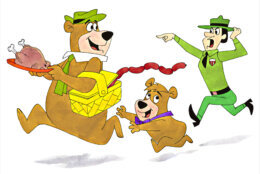 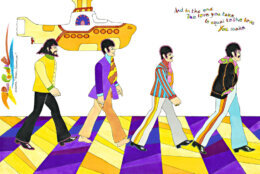 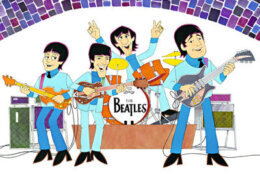 If you ever watched Saturday morning cartoons, you grew up on the work of Ron Campbell, who directed, storyboarded or animated episodes of such beloved shows as “Scooby Doo,” “The Flintstones,” “The Jetsons,” “Yogi Bear” and countless others.

Sadly, Campbell died at age 81 in 2021; but fortunately for fans, he left behind dozens of original paintings that he created at home in Phoenix, Arizona, after his 2008 retirement.

“When he retired, he kept thinking to himself, ‘I need to stay active, I don’t want to sit on the couch,'” curator and publisher Scott Segelbaum told WTOP. “He thought, ‘Well, I’ll do paintings. Should I paint the cactus in my backyard?’ Then he thought, ‘Why don’t I do the cartoon characters that I worked on?’ All of a sudden, people were like, ‘I want to buy that!'”

This week, those paintings are on display at a pop-up art exhibit at Nepenthe Gallery on Fort Hunt Road in Alexandria, Virginia. After a reception at 5 p.m. Thursday, the gallery opens from 6 to 7:30 p.m. Thursday and 11 a.m. to 6 p.m. on both Friday and Saturday.

“It’s bright, you walk in and you smile,” Segelbaum said. “There’s no way you can walk in and not put on a happy face because it’s just so cheerful and fun and it’s something for the entire family. … He did a piece of ‘The Jetsons’ and he made Judy Jetson holding an iPhone! … It’s all artistic interpretations, they’re not just cels from a TV show.”

Everything is available to purchase from $25 posters to artwork starting at $295.

“Our gallery is named Nepenthe, a Greek term that translates into ‘a place with no sorrow,'” owner Carrie Garland told WTOP. “Every Thursday, Nepenthe Gallery hosts a wine and cheese event; then this exhibit will be up the rest of the weekend. … My favorite is ‘The Flintstones.’ I have four kids and collectively I think their favorite would be ‘Scooby Doo.'”

Born in Australia, Campbell was awakened by a phone call from King Features’ producer Al Brodax in 1964. Brodax informed Campbell that they had just sold a new show and he would like him to direct it. When Campbell asked the name of the show, Brodax replied, “The Beatles,” a Saturday morning cartoon that aired on ABC from 1965 to 1969.

After moving to America, Campbell was once again approached by Brodax to help in the animating of The Beatles’ feature length animated film “Yellow Submarine.” Campbell went on to animate many scenes, including the Sea of Time sequence, the Nowhere Man character and much of the action between the Chief Blue Meanie and his sidekick Max.

His show “The Big Blue Marble” won a Peabody for Excellence in Broadcasting and an Emmy for Best Children’s Show of the Year. His Cartoon Pop Art has been featured in galleries worldwide.