Karla Bonoff brings ‘Home for the Holidays’ to The Birchmere in Alexandria, Virginia

You remember her from the “Footloose” soundtrack, but did you know she also wrote hits for Linda Ronstadt, Bonnie Raitt, Lynn Anderson, Aaron Neville and Wynonna Judd?

On Dec. 11, Karla Bonoff brings her “Home for the Holidays” tour to The Birchmere in Alexandria, Virginia, on Dec. 11 performing with Livingston Taylor, brother of James Taylor.

“I made a holiday album during COVID two years ago just for fun, it ended up coming out pretty good, so we thought that we would take it out on the road,” Bonoff told WTOP.

That album was “Silent Night” (2020), including classic carols like “The Christmas Song,” “O Holy Night,” “The First Noel,” “Angels We Have Heard on High” and “It Came Upon a Midnight Clear,” as well as lesser-known tunes like “River” and “In the Bleak Midwinter.” “We’ll do some of our own songs too, so it’s not 100% Christmas music,” Bonoff said.

Born in Santa Monica, California in 1951, Bonoff grew up 20 minutes from the legendary Troubadour club in Los Angeles. She eventually sang background vocals for Ronstadt, who used three of her original songs on the album “Hasten Down the Wind” (1976), including “Someone To Lay Down Beside Me,” “Lose Again” and “If He’s Ever Near.”

“I was in a band [Bryndle] with Kenny Edwards, who was in The Stone Ponies with Linda, and Andrew Gold and Wendy Waldman, so we’d often do background vocals on Linda’s albums,” Bonoff said. “All of a sudden it turned into her doing three songs, which was pretty incredible for me because I’d been working, writing and struggling for 10 years.”

In 1977, Bonoff’s original song “Home” was recorded by Raitt, which she calls a huge honor even if it’s impossible to compare working with legends like Ronstadt and Raitt.

“Those are apples and oranges,” Bonoff said. “They recorded different songs and they’re both so different, so I think they’re both incredible women singers, so how lucky was I to get those two women singing those songs when my songs were new to people?”

Bonoff released her own self-titled debut album “Karla Bonoff” (1977), including songs like “Isn’t It Always Love,” which was later covered by country star Lynn Anderson in 1980.

“Kenny Edwards and I had been making demos of those songs … so we’d done a lot of homework on those songs plus the other ones that were on my first record, so when we went into the studio we were really ready to make that record,” Bonoff said.

She learned about life on the road by touring her first album with Jackson Browne. After that, her second album “Restless Nights” (1979) featured originals like “Trouble Again” and “Baby Don’t Go” and covers like “When You Walk in the Room” and “The Water is Wide.”

“I had almost my whole life to prepare for my first record, then not much time to prepare for my second,” Bonoff said. “After my first album I was extensively on tour. When you sing every night and perform every night, your voice gets better and your interpretation of songs gets better, so when I went to my second one, I felt like a better singer.”

Her third album “Wild Heart of the Young” (1982) featured her hit song “Personally,” which was originally written by Paul Kelly and shown to her by late Eagles great Glenn Frey.

“By the third one, music was shifting in the ’80s to this more techno English rock thing and what we were doing was starting to fall out of favor,” Bonoff said. “I had a harder time with that record and it didn’t really do as well because the environment was different. … After that, I went out and opened for James Taylor, which is one of my greatest memories.”

Her most famous tune remains “Somebody’s Eyes” on the movie soundtrack of “Footloose” (1984). The hit song was written by Dean Pitchford, who also wrote the screenplay.

“My friend, John Boylan, was producing one of the songs for that,” Bonoff said. “I listened to it for 10 minutes, I went into the studio for half an hour and that song has sold more than anything else that I’ve ever done because ‘Footloose’ has sold so many millions of copies. It’s hilarious that the thing I spent the least amount of work on made me a ton of money!”

She switched to a new label for her fourth album “New World” (1988) featuring the song “All My Life,” which won a Grammy for Linda Ronstadt and Aaron Neville in 1989, as well as “Tell Me Why,” which would become a country music smash for Wynonna Judd in 1993.

“It wasn’t a huge record for me, but it was great getting songs recorded by other people,” Bonoff said. “I think it was just about some jerk that I went out with. … You have to have something up-tempo that you hope radio will play, so sometimes it’s just an effort to say I need to write something perky. ‘Tell Me Why’ might have been one of those exercises.”

After releasing a live album in 1997, Bonoff returned with a new studio album “Carry Me Home” (2019) and the aforementioned Christmas album “Silent Night” (2020).

“My big influences were Judy Collins, Joni Mitchell and Laura Nyro,” Bonoff said. “I hope that I took my influences like that and did something inspired and valuable with what they gave me and continued the legacy. … I’m grateful to all those women for their inspiration.”

Penguin Random House US CEO Madeline McIntosh to step down 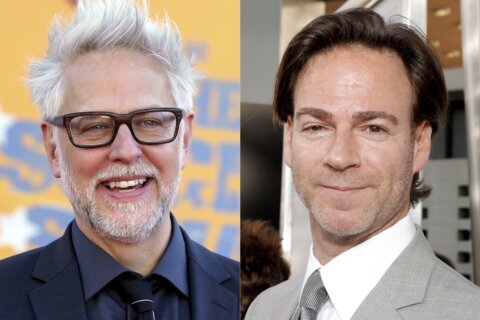