Nina Totenberg on her friendship with RBG

Nina Totenberg's life-long search for facts began with fiction, and her admiration for an intrepid teenage amateur detective: "I wanted to be like Nancy Drew, and that meant I wanted to be something of a sleuth," she said.
Listen now to WTOP News WTOP.com | Alexa | Google Home | WTOP App | 103.5 FM

▶ Watch Video: Nina Totenberg and her friendship with RBG

Nina Totenberg’s life-long search for facts began with fiction, and her admiration for an intrepid teenage amateur detective: “I wanted to be like Nancy Drew, and that meant I wanted to be something of a sleuth,” she said.

Totenberg has been on the case ever since – first, as a print reporter, and now, for nearly 50 years, as legal affairs correspondent for National Public Radio, where she’s known for her scoops.

It was her reporting that caused the 1987 Supreme Court nomination of Douglas Ginsburg to go up in smoke. “What I found was that he was a regular smoker of marijuana,” Totenberg told CBS News chief White House correspondent Nancy Cordes. “He was sunk.”

In her new memoir, “Dinners with Ruth” (published September 13 by Simon & Schuster, part of CBS’ parent company, Paramount Global), Totenberg writes that growing up in the 1950s, this kind of sleuthing was not necessarily in the cards: “I think my mother thought that I would be someone’s administrative assistant like she had been, and that was the best I would be able to do.” 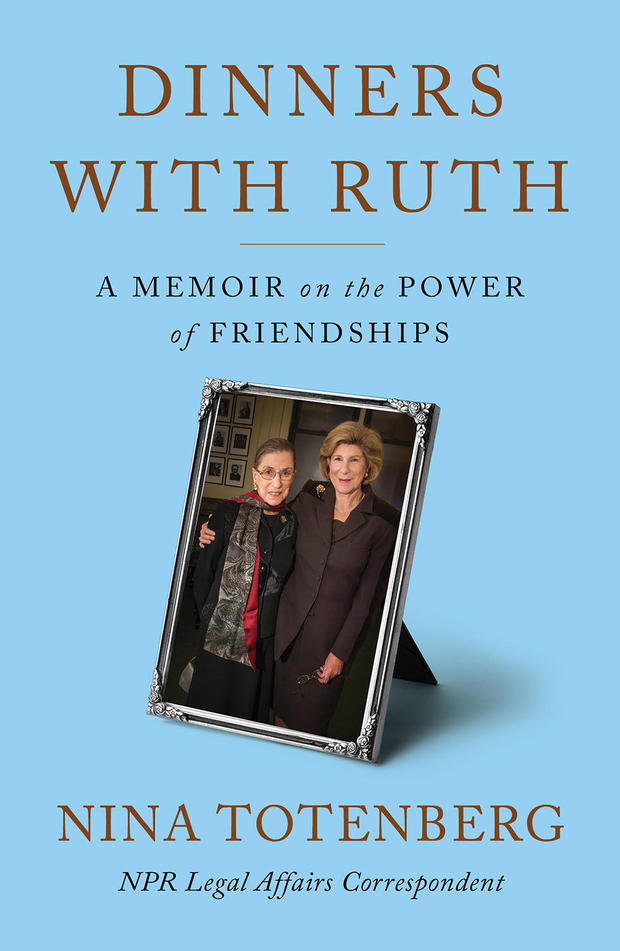 Her father, the great concert violinist Roman Totenberg, thought differently. “Because he played with women musicians, he never suggested to me, ‘Oh, you can’t do that because you’re a woman,'” she said.

She found she was the only woman in most newsrooms, until she arrived at NPR in 1975. “Women were everywhere at NPR, doing all kinds of things, and even in administrative positions, because we paid so little; no man would take the job!”

She became fast friends with program host Susan Stamberg and reporters Linda Wertheimer and Cokie Roberts. Today, they are known as NPR’s “Founding Mothers.” But back then, their cluster of cubicles was dubbed “the Fallopian Jungle.”

Totenberg said, “I took it with a grain of salt, and kind of a compliment, because the jungle, you wouldn’t dare go in there, right?”

One of her biggest scoops came in 1991, when she uncovered something explosive during confirmation hearings for Supreme Court nominee Clarence Thomas. “I found out there was a woman named Anita Hill who had accused then-Judge Thomas of sexual harassment when she worked for him.”

Hill agreed to speak to Totenberg, and then, to speak to Congress. Republicans were furious – and took aim at Totenberg.

During an appearance on ABC’s “Nightline,” Republican Senator Alan Simpson, said to Totenberg, “You’ve been beating the drum on this one almost every day since it started.”

She retorted, “I do not appreciate being blamed just because I do my job and report the news.”

Listeners got to know her voice, and her face, which ended up plastered all over the ultimate NPR status symbol: The tote bag, dubbed the “Nina Totin’ Bag.” “I was initially very suspicious about it, but I love this! Makes me look great!” 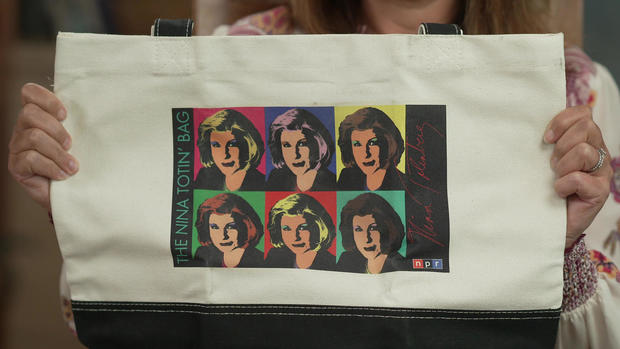 Totenberg also had a knack for befriending Supreme Court Justices long before they were named to the court. She said, “I first knew Scalia when he was in the Nixon administration. And the same was true for Chief Justice Rehnquist.”

Her most famous friendship, with the late Justice Ruth Bader Ginsburg, began 21 years before Ginsburg was nominated, when she was still a law professor at Rutgers University. “I was reading a brief of hers. There’s a whole bunch in the brief that I didn’t understand. Her telephone number was there, and I called her up. And I got an hour-long lecture.”

That led to more calls, and dinners, where they talked about music and theater and fashion. They gossiped. And they leaned on each other as they both cared for dying husbands. Ruth was married to Marty Ginsburg for 56 years; Nina, to Senator Floyd Haskell for 19 years. 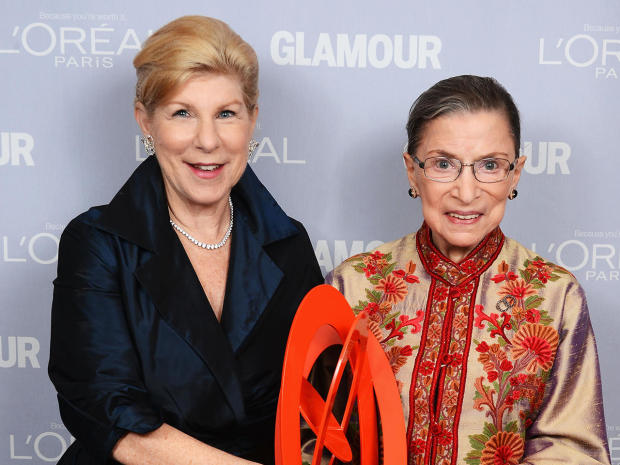 “If you have a Supreme Court justice friend, you don’t ask about their work; otherwise they won’t be your friend,” Totenberg replied.

After Haskell’s death, Totenberg met a widower, Dr. David Reines, and Ginsburg married them in 2000.

Reines could cook, which meant even more dinners with RBG, who always requested the Bouillabaisse. “She would eat chicken, but her favorite was seafood,” said Reines. “And in her last years of life, that last year, we cooked for her 23 consecutive Saturdays.” 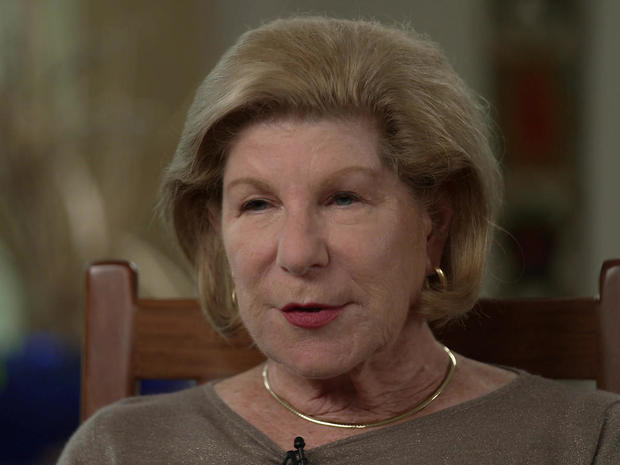 In Totenberg’s book, she describes how Ginsburg and Dr. Reines would sneak away to discuss Ruth’s medical challenges, including lung cancer, leaving Totenberg in the dark. “And I couldn’t say anything [to Nina],” he said. “For six weeks I lied to her, basically.”

Codes asked, “Why did you feel you had to lie?”

“Because a) it was a HIPPA violation, and b), I didn’t want any leak.”

Totenberg interviewed RBG in public dozens of times. Their last private conversation was by phone a few days before Ginsburg died, two years ago this month.

Totenberg recalled, “I said to her, ‘You are my darling friend. And I am just, it’s been one of the great parts of my life that you’ve been my friend.'”

It turns out that the hard-hitting Nina Totenberg may not be as tough as she would have her sources believe. She said, “I think I learned a lot from my friends to be a more generous person, how to be a better friend. I think they taught me to be a better person.”

READ AN EXCERPT: “Dinners with Ruth” by Nina Totenberg