Sidra Bell joins Jamar Roberts and Justin Peck for “Visionary Voices” on Tuesday and Wednesday, followed by “A Midsummer Night’s Dream” this Thursday through Sunday.

“I take enormous pride, having studied at the Dance Theatre of Harlem, which was led by Arthur Mitchell, the first Black principal dancer at the New York City Ballet. I was a student at the school growing up, so I feel like I’m holding that legacy,” Bell told WTOP.

Bell said she hopes to inspire future generations of dancers and choreographers.

“It’s something that I never dreamed could happen; first just making a work on the New York City Ballet, but then to have this honor of being the first Black female choreographer. That it is me who broke that ceiling, I take tremendous pride in how that will translate to the next generation of choreographers, there’s a sense that it’s possible,” Bell said.

The “Visionary Voices” program kicks off with Bell’s “Suspended Animation.”

“It’s a really dreamy work,” Bell said. “It was created in collaboration with Brooklyn-based designer Christopher John Rogers, who’s an incredible fashion designer. The whole collaboration was about showcasing these forward-thinking forms and designs on the body, working with the music of Dosia McKay and Oliver Davis to create this magnetic world.”

It continues with Jamar Roberts’ “Emanon — In Two Movements.”

“Jamar is an incredible artist,” Bell said. “He’s just exploded with these amazing works he’s created on major companies. I haven’t seen ‘Emanon,’ but I’ve heard great things, that it has a kind of joy to it. I know the music played a really big element in how he made the work. … It seems like a really joyous work and shows the dancers to their full effect.”

You’ll also see “Partita” by Justin Peck, who won a Tony for Broadway’s revival of “Carousel” and recently choreographed Steven Spielberg’s remake of “West Side Story.”

“I’m just so thrilled to be on a program with both of these choreographers,” Bell said. “Justin Peck is someone I’ve admired. … His work is very dynamic, it’s musical, it’s very smart, it’s very intricate, so I always enjoy seeing his work and the new ideas that he pushes forward both in the body but also in the way he incorporates design and music.”

After “Visionary Voices,” the ballet presents a second program of Balanchine’s take on Shakespeare’s “A Midsummer Night’s Dream” on Thursday through Sunday.

“‘A Midsummer Night’s Dream’ is another classic,” Bell said. “I love seeing story ballet. It’s always nice to see how traditions are rooted. … I feel like when I was doing my works, I was thinking about how to tell a story, even though it’s abstract, there’s a sense of storytelling in the work, so I’m always grateful to see the works of Balanchine live.” 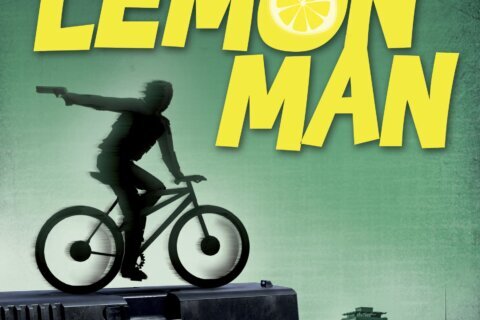