The classic rock band America continues performing after more than half a decade. Learn more about the rockers ahead of their concert in Frederick, Maryland.
Listen now to WTOP News WTOP.com | Alexa | Google Home | WTOP App | 103.5 FM

They delivered classic-rock hits from “Horse with No Name” to “Sister Golden Hair.”

On Saturday night, America performs at the Weinberg Center in Frederick, Maryland.

“COVID set us back from celebrating our 50th anniversary, which would have been 2020, we started in 1970, so we had big plans for 2020, but we’ve been on ice,” co-founder Dewey Bunnell told WTOP. “It’s a fantastic milestone. I never would have expected it

Ironically, all three members of the original America trio were technically born in London..”

“We were always American citizens … but we were kids of fathers in the Air Force, so we were stationed over there in London in the late ’60s and went to a high school there, an American school for people like us, for families and civilians,” Bunnell said.

“We were all listening to the British Invasion artists that were coming to the U.S.,” Bunnell said. “Before that, we loved The Beach Boys and surf music, instrumental bands like The Ventures, Dick Dale & The Del-tones, The Safaris. … It was fantastic to be 16, 17, 18, 19 going into London to see shows live from Hendrix, Led Zeppelin, The Who, Pink Floyd.”

“Dan’s family was actually coming from Pakistan and Gerry’s family was over in Germany, both of their dads were officers, my dad was a senior master sergeant coming from California,” Bunnell said. “Gerry and I both had British mothers. … We had a common interest in guitar playing and music and Gerry had a little school band. … We hit it off.”

They graduated in 1969 and formed the band in 1970 while working on the military base.

“We were writing songs and playing on the side, we just compared notes and started putting these songs together,” Bunnell said. “One thing led to another, we met this guy and that guy, we went to this office and that office, shopped ourselves around and we got traction right away with what ultimately became the first album of songs.”

After being signed by Warner Bros, the guys released their self-titled debut album “America” in 1971, as Bunnell wrote the No. 1 hit single “Horse with No Name.”

“I was reminiscing about the sights and sounds of the desert,” Bunnell said. “I became very enamored by the desert and the outdoors. … We moved so much that my brother and I spent a lot of time outside. … We’d been there five years in England by then, it was rainy and gloomy at times, not long summers … so I wanted to revisit those sights and sounds.”

How did he come up with the song’s famous “la la la” arrangement?

“I already had the ‘la las’ in there,” Bunnell said. “I thought at the time I might put some lyrics in there, but that particular song just fell out in a two-hour session sitting on a bed at my friend’s house and the ‘la las’ were in there. In the process of arranging the vocal three-part harmonies, we always loved that feature in any song … the ‘la las’ just stayed.”

America won the Grammy for Best New Artist in 1973, beating out a collection of future music legends like The Eagles, Harry Chapin, Loggins & Messina and John Prine.

“That year was just a blur,” Bunnell said. “It was a heavy field. John Prine had been a very respected singer/songwriter, Harry Chapin came to our show to give us pointers on making our set better, we knew all The Eagles because we were in the same office … Kenny Loggins we worked with a lot, and Jim Messina, who came out of Buffalo Springfield.”

Their second album “Homecoming” had the Beckley-penned “I Need You” and the Bunnell-penned “Ventura Highway,” while their “Hat Trick” album had a cover of “Muskrat Love.”

“We always made a pact between the three of us, ‘The Three Musketeers’, we’ll all write evenly, if there’s 12 songs on a record, we’d all write three or four each,” Bunnell said.

“We were so lucky to meet and talk with George Martin,” Bunnell said. “He was a wonderful man. We really wanted to be prepared for that first album, we did seven albums with him all told, including remixing ‘The Greatest Hits.’ … I had this song ‘Tin Man,’ which was loosely based on ‘The Wizard of Oz,’ which was my favorite movie and may still be.”

Their fifth album “Hearts” returned them to the top of the charts with the No. 1 single “Sister Golden Hair” with its opening lyrics, “Well, I tried to make it Sunday, but I got so damn depressed, that I set my sights on Monday and I got myself undressed.”

“I think that very first line just grabs you,” Bunnell said. “I remember in English class, the teacher would say, ‘You’ve gotta grab them with that first line or paragraph of your poem or book.’ … It’s a great song anyway; structurally it’s really got nice passages in it and the rocking ending and the [opening] slide guitar, which was an homage to George Harrison.”

In 2006, America was inducted into the Vocal Group Hall of Fame. The band received a star on the Hollywood Walk of Fame in 2012, a year after Peek died at the age of 60.

“When your music gets placed in TV shows or movies … it comes to the office’s desk and we go, ‘Wow, we’re going to be in a ‘Friends’ episode or ‘Breaking Bad’ is using ‘Horse with No Name,’ those are things along the way that are total bonuses,” Bunnell said. “It’s nice to be acknowledged, but the real crowning achievement is that we’re still doing it.” 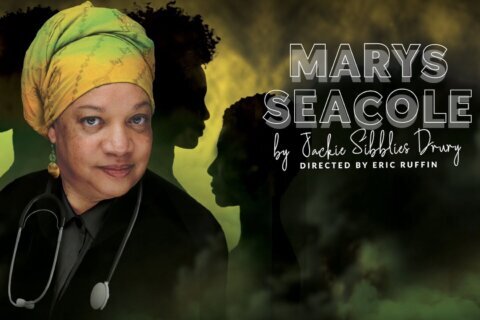