The Oscars may now be over, but Maryland is still celebrating the art of filmmaking.

The Annapolis Film Festival celebrates its 10th anniversary this Thursday to Sunday.

“Ten years, we still can’t believe it,” co-founder Patti White told WTOP. “It all started in a little back room of 49 West on West Street in Annapolis. … Here we are 10 years later with a big, heavy lift of coming back after two years of virtual, but to quite a grand festival as it’s become. We’re really proud of it. We’re proud of how the community has embraced it.”

This year’s slate incudes over 70 films over four days in various venues downtown.

“We’re walkable, accessible,” White said. “We’ve built our movie theaters inside old churches, inside Maryland Hall, which is an old building, we’ve done them in an elementary school, and now this year … we’re going to the United States Naval Institute, their theater there in the Jack C. Taylor Auditorium in the Lockheed Martin Theater.”

It kicks off with the biopic “To Olivia” based on a novel by Stephen Michael Shearer.

“‘To Olivia’ is a British film that tells the story of Roald Dahl and Patricia Neal,” co-founder Lee Anderson told WTOP. “He wrote ‘James and the Giant Peach’ and ‘Charlie and the Chocolate Factory.’ It’s a film directed by John Hay and it stars Hugh Bonneville from ‘Downton Abbey’ and Keeley Hawes, who people might know from ‘The Bodyguard.'”

“Based on a true story of Brian Easley from Atlanta in 2014,” Anderson said. “He was a veteran struggling to get his benefits paid by the V.A. and resorts to drastic measures.”

“‘Fire of Love’ is a great story of a volcanologist French couple who travel the world chasing and studying volcanoes,” White said. “The real-life footage that goes back into the ’70s and earlier maybe is phenomenal. You just feel like you’re there at these volcanoes. It’s their story, I don’t want to go too far into that or where it goes, but it’s quite a journey.”

“The new documentary that hasn’t come out yet, it’ll be on CNN at some point,” White said, to which Anderson added, “Not only do we have the documentary, we have the director and producer of the film Dave Wooley. … That’s one not to miss.”

“It’s a drama, not her usual comedy, but it’s so well done,” White said. “It grabs you and takes you in that story, twirls you around a few times as Aubrey can, and then brings you out on the other side. She’s down on her luck, people are letting her down and disappointing her. Somebody presents her with an opportunity but she finds out it’s a fraud.”

Sunday includes “The Story of Us” produced by Monica Levinson.

“Monica produced the opening night film ‘Beirut’ a few years ago,” Levinson said.  “She took 12 years to capture her big, loud, wonderful, Jewish family’s stories at every family gathering, every bat mitzvah, every Thanksgiving, every time they go together for a wedding and has compiled almost like a home movie where they share their family story.”

It all culminates Monday with the closing night film “Peace by Chocolate.”

“A young guy who’s been in medical school in Syria,” Anderson said. “He moves to Nova Scotia and finds that his medical credits don’t transfer, so in frustration, he ends up doing his family business with his father, which is making chocolate.”

Proof of vaccination is required and masks are required indoors. 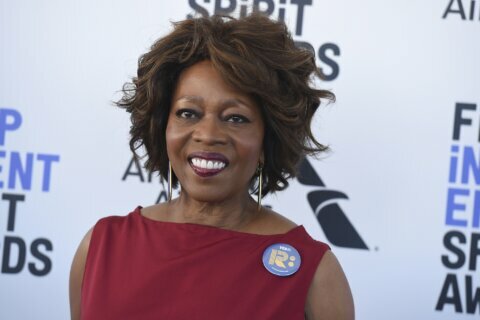 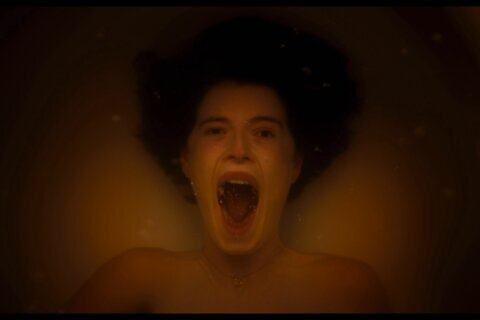 Review: ‘Men’ an arty horror film that stumbles in the woods