In 1942, Jewish teen Anne Frank received a diary on her 13th birthday just before her family went into hiding from the Nazis in a sealed-off upper room in Amsterdam.

She died of typhus in the Bergen-Belsen concentration camp in 1945, after which her diary was published as “The Diary of a Young Girl.” It soon became “The Diary of Anne Frank” as it was translated into 90 languages and adapted into a 1955 play and a 1959 movie.

Now, Theater J imagines the behind-the-scenes fight to publish her diary in the new stage play “Compulsion or the House Behind,” which runs in D.C. now through Feb. 20.

“It weaves this story about who owns Anne Frank’s story,” Director Johanna Gruenhut told WTOP. “It is a fictionalized version of history. Our protagonist is Sid Silver, based on the late Jewish American writer Meyer Levin and his compulsion, drive and obsession to get ‘The Diary of Anne Frank’ to be published in America, then made into a dramatic play.”

Playwright Rinne B. Groff crafts a character who is determined to share Frank’s story.

“Sid was a war correspondent,” Gruenhut said. “While living in the south of France, his wife hands him this small, little volume that caught her eye. He reads the entire diary in one night and believes that this is the voice who could explain what the Holocaust really was to the masses. She was going to be the voice of the 6 million perished souls.”

Thus, he embarks on a journey to navigate the American publishing industry.

“He hits the pavement trying to find a publisher in America and finally succeeds in urging them to publish this diary,” Gruenhut said. “Also, his belief is that once it becomes published, it will become a sensation and will be able to become a play and maybe even a movie — that there’s theatricality within the diary that could then affect more people.”

His obsession with getting this book published is his biggest strength and weakness.

“He loves Anne so much that he believes he’s the only person who can write her story properly,” Gruenhut said. “That is ultimately, at least in this place, his artistic demise. He’s so compelled and so obsessed that he loses a little bit of himself in his love for Anne.”

“In this play, Anne Frank is a marionette,” Gruenhut said. “Our playwright believed when she was writing this play: How do you put Anne Frank on stage? … it just so happened that Meyer Levin, the person that Sid is based on, had a marionette theater. This idea came: ‘Oh, I could use marionettes.’ … they’re inanimate but they take people to move.”

The marionette approach also underlines the themes of the play.

“We can project [our] feelings on the marionette,” Gruenhut said. “Every person can feel their own connection to a marionette that they can’t necessarily feel with an actual human being. There is this wonder that happens when something inanimate becomes animate … it plays into who is pulling the strings in this play? Who’s really in control of Anne’s story?”

The cast also asks us to use our imagination with minimalist visuals.

“We were trying to create a world that felt like an empty theater space and what happens when you  create art in a void,” Gruenhut said. “Is there really rain or is there a watering can? Is there really a lighthouse or is it a flashlight? … We’re trying to use our imagination and our power of suspending disbelief … she was a girl with a deep imagination.” 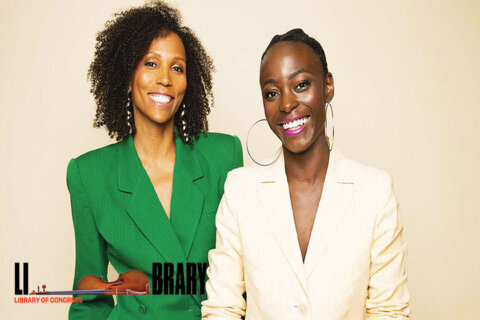