Review: Netflix’s ‘The Guilty’ is a riveting remake in single location of 911 dispatch

It’s really hard to pull off a movie set in a single location and keep audiences engaged.

Director Antoine Fuqua does just that in his newest flick “The Guilty,” which hits Netflix on Friday as a riveting remake of Gustav Möller’s acclaimed 2018 Danish crime thriller.

The film follows demoted Los Angeles Police Department officer Joe Baylor (Jake Gyllenhaal) who has been reassigned to a 911 call dispatch desk. His disinterested, almost mocking approach to trivial callers suddenly shifts when he receives an emergency phone call from a kidnapped woman, inspiring him to take matters into his own hands.

It’s a taut companion piece to Gyllenhaal’s masterpiece “Nightcrawler” (2017), in which he played a TV news cameraman staging crime scenes (“if it bleeds, it leads”). This time, his attempt to save an abductee is his personal penance, seeking redemption for an incident on the eve of his court date, about which the L.A. Times keeps calling for comment.

Reuniting with Fuqua after their boxing flick “Southpaw” (2015), Gyllenhaal delivers a one-man combustible performance with tons of sweaty close-ups. He goes for broke to portray a mental breakdown, taking hits from an inhaler to stave off asthma attacks, squeezing a stress ball and constantly checking his phone to see if his estranged daughter is calling.

The voices on the other end of the line remain just that as Riley Keough (“American Honey”) is the breathless abductee Emily Lighton and Peter Sarsgaard (“Shattered Glass”) is her edgy ex-husband Henry Fisher who snatched her away, leaving two kids home alone. We never cut away to see these people; their voices paint a mental picture.

You’ll even hear Ethan Hawke as his LAPD superior, an homage to “Training Day” (2001) where Fuqua directed Denzel Washington to an Oscar. He’s since settled into action thrillers to save the president in “Shooter” (2007) and “Olympus Has Fallen” (2013), while reuniting with Denzel for “The Equalizer” (2014) and “The Magnificent Seven” (2016).

The latter showed Fuqua’s ability to remake a John Sturges Western, which was itself a remake of Akira Kurosawa. “The Guilty” allows Fuqua to flex his remake muscles again by bringing a Danish thriller to L.A. where wildfires heighten the atmospheric tension and preoccupy Gyllenhaal’s colleagues to the point that he can realistically go vigilante.

Fuqua only shows events outside of the 911 dispatch center twice. In one scene, we see a van getting stopped on the highway by police officers. Later, we see rear taillights superimposed over Gyllenhaal. These are brief breathers in an otherwise single setting.

Such a setup is a producer’s dream, requiring only one location for production. It’s a welcome throwback to Joel Schumacher’s “Phone Booth” (2002) where Colin Farrell was trapped in a sniper’s phone booth, or newer efforts like Steven Knight’s “Locke” (2013) where Tom Hardy called from his BluTooth headset behind his car’s steering wheel.

Screenwriter Nic Pizzolatto (“True Detective”) keeps us engaged with a character who thinks he saw or heard a crime like Alfred Hitchcock’s “Rear Window” (1954), Michelangelo Antonioni’s “Blow Up” (1966) or Brian DePalma’s “Blow Out” (1981). Like those films, it’s the kind of plot that makes you immediately want to re-watch it after you know the ending.

The script boasts killer twists that you won’t see coming, unless you’ve seen the Danish original, which features a nearly identical plot. Even so, the remake manages to expand the scope with social commentary against the backdrop of Black Lives Matter where police are under fire after Derek Chauvin was found guilty in the 2020 murder of George Floyd.

Between “The Guilty” and “Training Day,” Fuqua is becoming something of a whistle blower for corruption within the LAPD. It’s surprising that he didn’t direct at least one episode of “American Crime Story: The People v. O.J. Simpson,” but something tells me he could direct the hell out of a neo-noir like “Chinatown” (1974) or “L.A. Confidential” (1997).

Ultimately, “Training Day” remains Fuqua’s crowned jewel, as critics will dock originality points from “The Guilty” for being derivative. Then again, so is “CODA” (201) and that just won Sundance as an Oscar contender. Hopefully, this riveting remake inspires folks to seek out the Danish original, which many Americans missed the first time around.

Either way, Fuqua isn’t concerned with making film history here; he just wants to keep us on the edge of our seats, or on the edge of our couches at home. Pop some popcorn and fire this up on Netflix, but grab your inhaler and squeeze a stress ball. It’s a gas. 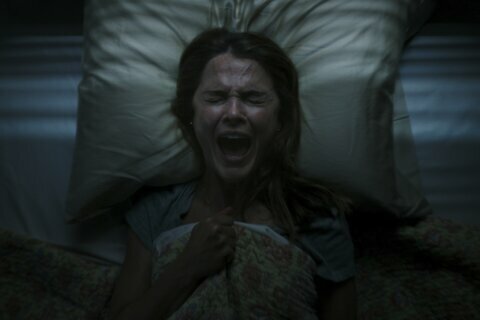 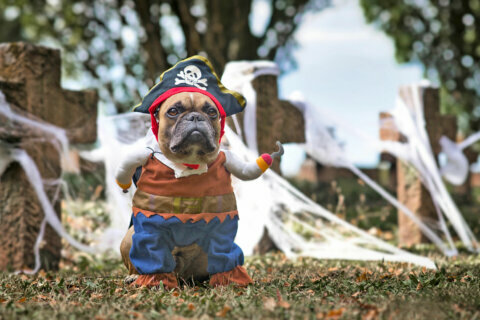