"The Sopranos" changed television when it aired on HBO from 1999 to 2007. This Friday, the prequel film "The Many Saints of Newark" hits movie theaters.
Listen now to WTOP News WTOP.com | Alexa | Google Home | WTOP App | 103.5 FM

This Friday, the prequel film “The Many Saints of Newark” hits movie theaters.

“There’s no way I would have done a sequel, [but a prequel] intrigued me,” Creator David Chase told WTOP. “After 14 years, I got in the mood to go back to that universe. It was always fun, it was always creatively satisfying. … I was approached by Toby Emmerich of Warner Brothers, who had been asking for 14 years if I wanted to do a ‘Sopranos’ movie.”

“In the read-through before we started shooting, I looked across at him sitting at the table,” Chase said. “They were reading a scene he wasn’t even in, listening to it and shifting his shoulders back and forth like his old man would have done. I thought, ‘Wow, that’s almost eerie.’ That would be last time I thought about it. … There was no sentimentality.”

Ironically, Michael doesn’t appear on screen until 50 minutes into the movie. Instead, the main character is “Uncle” Dickie Moltisanti (Alessandro Nivola), whose son Christopher (Michael Imperioli) opens the film by narrating from the grave in a creepy cemetery intro.

“Our preference was to make a really solid gangster movie as good as we could with the most interesting betrayals, narrative turns, interesting characters and depth,” Chase said. “We had this character, Dickie Moltisanti, who by the description of him in the show seemed to be an ideal gangster, a wise guy, a mob guy and kind of a mystery.”

Fittingly, Dickie Moltisanti has a pivotal scene at the steering wheel of a car, echoing Christopher’s demise. It’s just one of many fun callbacks to the TV series, including Young Tony speaking to a guidance counselor like Adult Tony’s famous therapy sessions. We even see the origins of Tony’s controlling mother Livia and his cranky Uncle Junior.

“That was part of the job and the pleasure — to have people repeat themselves and think that 20 or 25 years prior they had been saying the same crap,” Chase said. “That was fun. It was really good being back in that universe, I’ll have to say that, with those characters. I’m very fond of all of those characters, as sleazy as they may be, but I love them all.”

The most obvious homage is Young Tony at a restaurant with the doorbell ringing, clearly referencing the TV series’ legendary finale. Pundits have long debated the infamous cut-to-black, though it’s insinuated that Tony is killed by the Man in the Members Only Jacket who retrieves a gun from the bathroom like Michael Corleone in “The Godfather” (1972).

I’ve written extensively about my theory based on the shot pattern: (A) doorbell rings, (B) Tony’s eyes, (C) Tony’s P.O.V. The cut to black happens in Tony’s P.O.V., meaning he’s dead. It’s also possibly a dream as the lyrics, “All that you dream, clouds change the scene” spark a Stanley Kubrick-style cut where Tony sees himself sitting at the table.

“Wow, you brought up, ‘You dream, clouds change the scene,’ that’s really perspicacious,” Chase said. “Seriously, that’s great. I had forgotten that. It was important. I will be honest and candid about that. That never occurred to me. It’s for people to watch and end it for themselves or not end it for themselves. I’m not going to say anything more about that.”

Other than the controversial finale, does he have favorite episode?

Which character was the hardest to kill off?

“Adriana was really hard,” Chase said. “That was very sad and actually got me emotionally. A lot of people tell me they had the same reaction: they felt like crying. That was a rough one. That’s the only one that we didn’t show the bullet impact. In other words, we saw Silvio fire the gun, but we never saw her take the bullet. All the other ones you saw.”

In 2013, the Writers Guild of America ranked “The Sopranos” as the Best Written TV Series of All Time. It’s hard to argue, considering that writer Terence Winter went on to create “Boardwalk Empire,” writer Matthew Weiner went on to create “Mad Men” and directors Tim Van Patten and Alan Taylor went on to direct episodes of “Game of Thrones.”

“I think it’s a great thing that they used ‘The Sopranos’ as a model,” Chase said. “I am a worker in that industry, as are they. I am a contractor building a house, so to me all it really means is, ‘Oh, they hired the best carpenter. They hired my friend Eddie, the plumber.’ You know what I mean? They’re the best guys. To me, it’s more about professional standards.”

Beyond this workmanlike approach, he admits “The Sopranos” changed television.

“It had the closest representation of real people, real human beings, how they operate, how they think and how small they can be,” Chase said. “Nothing was done to guild any lilies, to cover up any dents in the fender. People were what they were and it wasn’t pretty and it wasn’t noble and it wasn’t patriotic and it wasn’t politically correct. It was real.”

Permeating it all is a Buddhist theme quoted by Ray Liotta in “The Many Saints of Newark” and consistently underscored by the TV series: “Pain comes from always wanting things.”

“‘The Sopranos’ was about a lot of things, but there were two things that no other show was so involved with: one was money and the other was death; those two things are related,” Chase said. “The Buddhists are right … that all life is pain [due to] our earthly desires of never being in the moment. … It’s all about denying the present moment.”

Today, he urges viewers to live in the moment, because our moments are fleeting.

“I guess my message is: the moments are really small, the number of them that we get,” Chase said. “We lose sight of that, and when it’s over, it’s really over.” 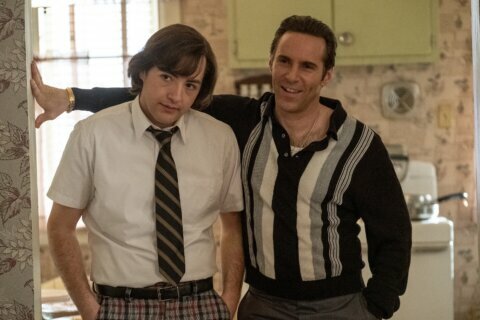 Review: ‘The Sopranos’ prequel is made for the TV fans 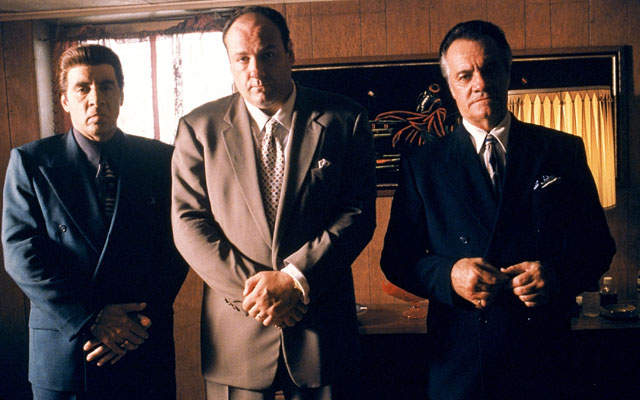 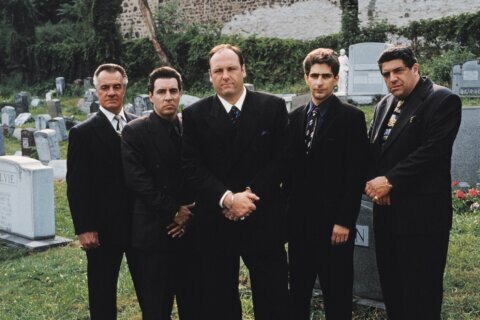