Coronavirus News: 'Is It Normal Yet?': A local hospital amid Delta | Pfizer to seek approval for kids in 'days' | CDC chief: Get vaccinated, stop variants | Enough vaccines for boosters | Latest cases in DC region
Home » Entertainment News » 'CODA' is the best…

‘CODA’ is the best movie of the year, now streaming happy tears on Apple TV+

In January, “CODA” became the most awarded film ever at the Sundance Film Festival, impressing experts for the Grand Jury Prize and wowing viewers for the Audience Award, as well as winning the Directing Award and Special Jury Award for Ensemble Cast.

This Friday, audiences everywhere can finally experience “CODA” as the film releases on Apple TV+, so fire up the streaming app, get a free trial, do whatever you have to do to see this movie. Not only is it the best coming-of-age film since Bo Burnham’s “Eighth Grade” (2018), but dare I say it’s even better than Greta Gerwig’s acclaimed “Lady Bird” (2017).

Set in Gloucester, Massachusetts, the story follows high-school senior Ruby Rossi, a CODA (Child of Deaf Adults) who is the only speaking member of her family. She is trying to decide whether to maintain her blue-collar life in the family fishing business or pursue an artistic career in college after discovering her singing voice in school choir.

Emilia Jones (“Locke & Key”) gives a brilliant bilingual performance of spoken word and sign language, often at the same time. Her singing voice is every bit as impressive as her acting chops, expressing typical teenage angst of deciding what to do with her future but with the added baggage of having been her parents’ interpreter throughout her entire life.

Her parents are played by Oscar winner Marlee Matlin (“Children of a Lesser God”), who has a warm heart beneath Peg Bundy clothes, and Troy Kotsur (“The Mandalorian”), a grizzled fisherman with raunchy jokes. Her older brother is played by Gallaudet alumnus Daniel Durant (“Switched at Birth”), who resents being stepped over by his little sister.

Rocking the boat is Eugenio Derbez (“Instructions Not Included”) as Mr. V, who pushes her to apply to the Berklee College of Music. Rather than throw drum kits like J.K. Simmons in “Whiplash” (2014), he’s strict with a sense of humor in the footsteps of Richard Dreyfuss in “Mr. Holland’s Opus” (1995) or Robin Williams in “Dead Poets Society” (1989).

Upon meeting Ruby, Mr. V says, “A singer with deaf parents — interesting,” which is an understatement for the script possibilities. The screenplay expertly weaves parallel storylines of Ruby’s vocal singing world and speechless home life for a fascinating juxtaposition in tones and inherent conflicts between the intimate and social spaces.

Writer/director Siân Heder has toiled at the craft for 16 years since her short “Mother” (2005) earned a fellowship at the American Film Institute’s Directing Workshop for Women. She shared a Peabody Award writing for Ray Romano’s “Men of a Certain Age” (TNT) before writing three seasons of Jenji Kohan’s “Orange is the New Black” (Netflix).

Prepping for “CODA,” Heder sought guidance from the Gloucester Fishermen’s Wives Association, a nonprofit for New England’s fishing industry, as well as Oscar winner Kenneth Lonergan, who captured the atmosphere in “Manchester by the Sea” (2016). Don’t worry, “CODA” isn’t nearly as dark, but it handles its characters with similar care.

Heder often places her camera outside of the family’s New England home, gazing through the windows of their screen porch. When Ruby tells her mom to face the outside world, the camera holds static as her mom sits alone at the dinner table. She also picks the perfect moment to employ a sound-design tactic like “Sound of Metal” (2020) for maximum impact.

We won’t spoil how it ends, but your tears will be streaming as the character finally finds herself and her true voice. The resolution is not too different from previous cliches, but it’s handled in a fresh way through a lens of inclusivity that doesn’t paint the deaf actors as a stunt-casting gimmick, but rather fully fleshed out human begins filled with nuanced flaws.

The only real flaw of the movie is that it’s a remake of the 2014 French film “La Famille Bélier,” which I admittedly haven’t seen, so I can’t really compare. All I know is that if “The Departed” (2006) can win Best Picture as a remake, then “CODA” definitely has a shot.

It may only be August, but this intimate indie better stick around for the upcoming Oscar season. Until proven otherwise, “CODA” is hands down the best movie of the year. 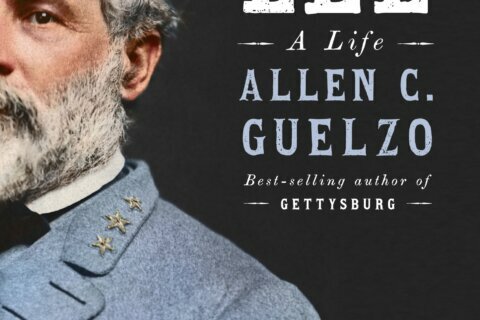 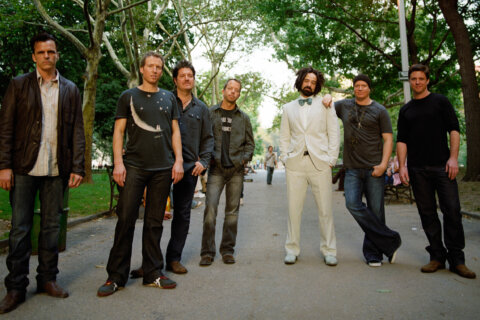