Listen to the full chat on our new podcast “Beyond the Fame with Jason Fraley.”

He’s known for legal thrillers like “A Time to Kill,” “The Firm” and “The Pelican Brief.”

Now, John Grisham is trying his hand at basketball for his newest novel “Sooley.”

“It was so much fun,” Grisham told WTOP. “I had two football novels, ‘Bleachers’ and ‘Playing for Pizza,’ then a baseball novel ‘Calico Joe.’ … I love sports. … It’s a great diversion. I’m not going to get away from the legal thriller for obvious reasons. They’re very popular and have been very good to me … but I like to go in other directions.”

“South Sudan is a difficult place to live,” Grisham said. “It’s one of the most dangerous countries to visit. The State Department tells us not to go there. They’ve had 50 years of civil war and a lot of tribal ethnic problems. … He uses basketball as an escape.”

Sooley gets the chance of a lifetime when his team visits America for a tournament.

“While he is here playing basketball, some terrible things happen to his village back in South Sudan and he cannot go home,” Grisham said. “He finds himself on scholarship to a small school in Durham, North Carolina … and enrolls as a redshirt freshman.”

Right away, Sooley demonstrates a strong work ethic when no one is looking.

“He was not heavily recruited and expectations are pretty low, but with time, he turns into a pretty incredible physical specimen,” Grisham said. “He spends hours and hours in the gym working out and shooting buckets.”

One day, he finally gets his big shot to come off the bench.

The setting is loosely based on the Grisham’s own family visits to UNC Chapel Hill.

“My wife is a Tar Heel fan, she went to UNC, my daughter went to UNC, so we’ve got mixed loyalties at the dinner table,” Grisham said. “We go to a lot of games in Chapel Hill, so we spend a lot of our winter time and basketball season going to games.”

Grisham roots for the University of Virginia in Charlottesville, where he resides.

“My son went to UVA, so we go to all of the home games,” Grisham said. “I love the program and [Coach] Tony Bennett. … The national championship was two years ago, so we’re still enjoying that. … We had one kid who was an inspiration for the book, Mamadi Diakite from Guinea. … He got drafted last spring [by] the Milwaukee Bucks.”

“It was beyond horrible … an epic meltdown against UMBC,” Grisham said. “It also set the stage for the following year. The comeback they made was just an incredible story. It’s worthy of a book! I’m not going to write it, but I’m sure somebody is writing that.”

Who are his favorite professional sports teams?

“I prefer college sports over the pros,” Grisham said. “Professionally, I grew up a [St. Louis] Cardinals fan around the Memphis area, that’s Cardinal country, so that’s my team. I like the Nationals. … I always pull for the Packers. That’s my childhood team.”

After graduating from Mississippi State University, Grisham attended the University of Mississippi School of Law in 1981. He practiced criminal law for about a decade and even served in the Mississippi House of Representatives from Jan. 1984 to Sept. 1990.

“I didn’t think about writing,” Grisham said. “I was going to be a lawyer or a judge, but got the urge to write. … I started playing around with a novel, very much on the quiet. Nobody knew it but my wife. I was afraid to show anybody what I was writing.”

The result was his debut novel “A Time to Kill” (1989), which wasn’t successful.

“I finished the first book in three years and it was a total flop,” Grisham said. “The book didn’t sell anywhere. … I vowed to write one more book and if the second book flopped like the first book, I was going to forget that little hobby. … The second book was ‘The Firm,’ which came out 30 years ago in March of ’91 — and that changed everything.”

The premise of “The Firm” (1991) was inspired by a trip to the Cayman Islands.

“I’d been out of the country on a scuba diving trip to Grand Cayman in 1978 when I was 23,” Grisham said. “I became intrigued by Caribbean banking stories. You’d hear about huge banks in a small poor country. Where was the money coming from? I needed a place for Mitch McDeere to get away to. It was easy because I’d been there.”

The book became a hit movie starring Tom Cruise and Gene Hackman, followed by Denzel Washington and Julia Roberts in “The Pelican Brief” (1993), Susan Sarandon and Tommy Lee Jones in “The Client” (1994), Matthew McConaughey and Samuel L. Jackson in “A Time to Kill” (1996), and Matt Damon in “The Rainmaker” (1997).

“The movies of ‘The Firm,’ ‘The Pelican Brief’ and ‘The Client’ came out in the span of 12 months from the summer of ’93 to the summer of ’94,” Grisham said. “They were all huge movies with big casts, great actors, huge box-office grosses, famous movies that are still on TV somewhere tonight! … That paved the way for the rest of the career.”

Ironically, he didn’t spend much time on set during the making of the films.

“I’ve never been one to hang around a movie set,” Grisham said. “It’s really boring work. … We’d normally go to set once or twice, take the kids, meet all the actors and the director, watch them shoot a couple scenes, get totally bored and go back home. … We did not get to meet Denzel, but we met most of the others — all super nice.”

Looking back, is there one novel that he is most proud of?

“I have to love all of them to finish them,” Grisham said. “I get attached to all of them, so I can’t pick a favorite. They’ve all had a good run in the marketplace. … ‘Calico Joe’ is probably my favorite sports novel until now. I love ‘Sooley,’ I love the character, but baseball is my favorite sport, so that sticks out as one that I thoroughly enjoyed.”

Listen to the full chat on our new podcast “Beyond the Fame with Jason Fraley.” 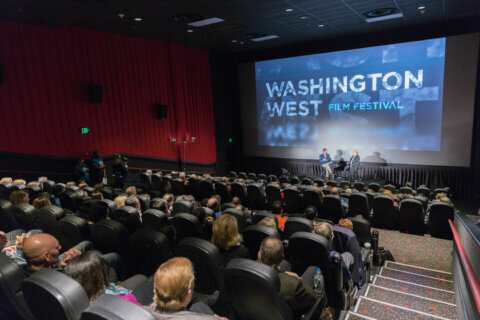 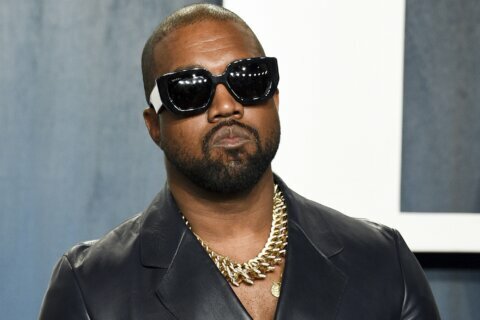