Review: ‘Mitchells vs. Machines’ is hyper, heartfelt family road trip to save the world

Pixar just won its 11th Oscar for Best Animated Feature this past Sunday, but another studio just heated up the competition for next year’s race: Sony Pictures Animation.

“The Mitchells vs. The Machines” hits Netflix on Friday as a real genre standout, combining a heartwarming family journey with energetic animation and relevant social themes.

The story follows the dysfunctional Mitchell family whose quirky teen Katie loves making home movies. When she’s accepted to film school, the family embarks on a cross-country road trip to California that just so happens to coincide with a global robot apocalypse.

Abbi Jacobson (“Broad City”) voices relatable teenage angst, butting heads with her father Rick (Danny McBride, “Eastbound & Down”), who questions the feasibility of a film degree. Refereeing is mother Linda (Maya Rudolph, “SNL”), who is as supportive as possible.

Outside of the family, we get Eric Andre as tech inventor Mark Bowman a la Steve Jobs; Olivia Colman as the Siri-style A.I. force PAL; Conan O’Brien as the evil robot Glaxxon 5000; Fred Armisen and Beck Bennett as defective robots who help the Mitchells; and real-life couple John Legend and Chrissy Teigen as the “too perfect” neighbors on Instagram.

The Mitchells feel the insecurity of “keeping up with the Joneses” as they navigate modern family life. Humans weren’t designed to constantly compare themselves to others on devices glowing in their faces. The rewiring of our brains is concerning as the father demands they put their phones away at the dinner table like “The Social Dilemma” (2020).

The tech takeover recalls the plot of “Incredibles 2” (2018), while the robots resemble “I, Robot’ (2004). Cinephiles will even notice homages to “2001: A Space Odyssey” (1968) with PAL instead of HAL and tech creator Mark Bowman instead of Dave Bowman.

The poignant tech themes are set against family drama where there are no black-and-white solutions. No one is right or wrong in their feelings. It’s all about them learning to see from each other’s perspectives. The father is forced to embrace technology to save the world, just as Katie is forced to appreciate the real world of her parents’ loving sacrifices.

Produced by Phil Lord and Christopher Miller, the film boasts all the kinetic energy of “The Lego Movie” (2014) with freeze frames, pop-up emojis and real-life footage of humans and animals spliced into the animation. It’s all electrically directed by Mike Rianda, who also voices younger brother Aaron as an over-the-top version of Dash from “The Incredibles.”

This visual style deserves points for creativity, even if it’s not my personal taste. Young viewers will eat it up like so many fast-paced digital cartoons, but viewers of a certain generation will prefer the traditional hand-drawn animation of Saturday morning cartoons.

Either way, the storytelling is first-rate, creating a wonderful ride for the entire family. If you listen closely, the falling action even includes a quick reference to Katie having a lesbian romance with her college classmate who “just gets me.” It’s a subtle way to push the social boundaries without making an overt political statement into a central tenant of the plot.

In the end, her parents must learn to accept her for who she is — and vice versa. 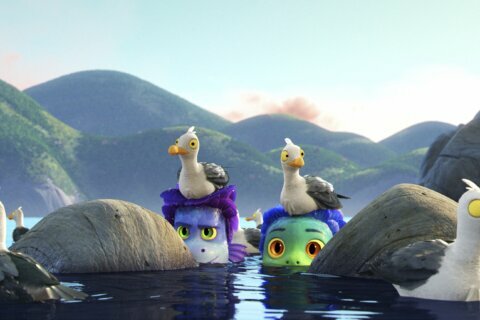 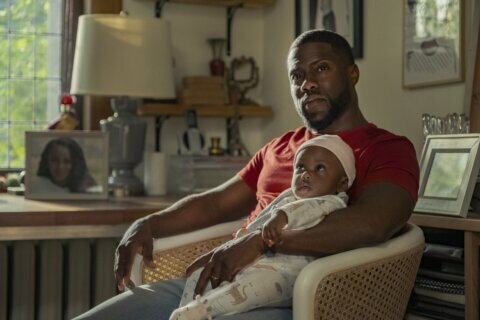 netflix | The Mitchells vs. The Machines