What better way to celebrate Opening Day than with baseball movies outdoors?

Screenings will be held at The Stacks at 101 V Street Southwest near Buzzard Point.

“We really wanted to bring a fun way to entertain the community,” Communications Director Bonnie Trein told WTOP. “Last year’s baseball season was so different for everyone here in D.C. We thought as a way to celebrate this year, why not continue a popular event? … We timed it well in order to not compete with the games.”

“Jackie Robinson was the first African-American baseball player in the major leagues,” Trein said. “Chadwick Boseman, rest in peace, was such a great actor and starred in so many great movies right up until his passing. This is a great way for us to remember him and touch on the Civil Rights Movement and important issues that still resonate.”

“It’s a family-favorite, fictional account of the All-American Girls Professional Baseball League that was around in the ’40s and ’50s,” Trein said. “The women’s movement still resonates very much today also, so ‘A League of Their Own’ is a great account of women being powerful and really showing their stride in a really great way.”

Gates open at 6:30 p.m. for you to enjoy some pre-movie trivia, prizes and giveaways.

Saturday will also include food from the Swizzler Hot Dog Truck.

“We did not have food and beverage in our past drive-ins, but this time around we’re really excited to host the Swizzler Hot Dog Truck,” Trein said. “Swizzler just opened a location in the Capitol Rivertfront on 1st Street Southeast near the ballpark. This is a way for us to support a local business, but also provide a little game-day fare.”

The parking lot holds a maximum 100 vehicles to allow for social distancing.

Tickets are $20 per car and must be purchased online ahead of time.

All process will be donated to the local charity Living Classrooms.

“Living Classrooms is a foundation that helps communities and young people achieve their goals and potential through hands-on education, job training and much more,” Trein said. “They have a location in the neighborhood and host a lot of education programming at a community center in Buzzard Point and on the Anacostia River.”

Future drive-in screenings will be announced next month.

“We are going to continue the drive-in series — you heard it here first — for six weeks in the spring kicking off April 23,” Trein said. “Fingers crossed: we are actually hoping to have a possible pedestrian area that is still within that 50 or less people, but also a way for folks who don’t have cars, particularly in the neighborhood, to come enjoy.” 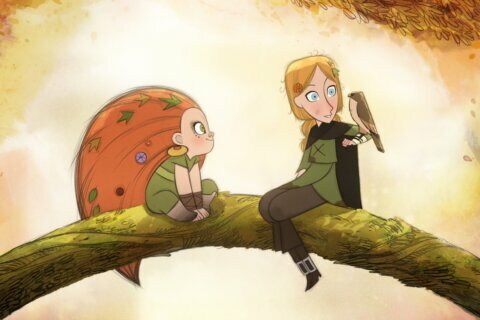