The tape, compiled from several sources by the House impeachment managers, offered a chronological view of the former president’s statements on Jan. 6 and the actions by a mob of his supporters as they broke into the Capitol.

It included several examples of rough language, including a chant, “f—- the blue,” apparently directed at police officers, and use of the word “motherf——-” by a rioter. The footage was aired on ABC, CBS, NBC, CNN, Fox News Channel and MSNBC as part of live coverage of the trial’s first day.

Not only was the language heard, but some of it was written on the screen by preparers of the tape, in case the audio wasn’t clear.

Airing such language is a tough call, but news executives have to judge whether it is their role to censor what is being shown on the floor of the U.S. Senate, said retired NBC News executive Bill Wheatley.

“It helped communicate the passion and the terror that was going on at the time,” Wheatley said. “To have been bleeping it constantly might have been a disservice to what actually happened.”

Society in general has grown coarser over the years and television has reflected that. News organizations were tested in 2018 when then-President Trump made a reference to “s—-hole countries” in Africa and Central America. But Tuesday’s language was the type frowned upon by the Federal Communications Commission, and aired in the daytime when children could be expected to be watching.

Broadcast networks are subject to FCC fines if someone complains about the language. Cable networks, since they are subscription services, have more leniency when it comes to the words they use.

NBC News reporters had anticipated rough language, according to a person familiar with the matter who spoke on condition of anonymity because the network doesn’t talk about internal editorial calls. The network put a warning label onscreen when video of the Capitol demonstration aired.

CBS News had not been told ahead of time to expect the language, a spokeswoman said. But since the network was familiar with some of the videos that had been circulating, executives anticipated the possibility and the network’s legal department advised that it was OK to air what the impeachment managers presented. Offending language would be edited out in subsequent airings of any video.

At ABC News, the language took the network by surprise, said a person familiar with the matter who spoke on condition of anonymity to discuss internal deliberations.

It left the network in an awkward position: It wasn’t able to clean up language on the fly, because that would require airing the video on a delayed basis. But if the video was aired on delay, that would put the network out of sync when impeachment managers resumed speaking live.

“I was pretty surprised to see it today,” said Rick Davis, who just retired after 22 years as executive vice president of standards at CNN. Davis’ daughter, knowing dad’s old job, texted him about it just after it aired.

He understands why the impeachment managers used it, since it was important to make the jurors see, feel and experience what happened. It’s different for the networks.

“I think it would be one of those situations where I’d huddle with my other smart colleagues and make a decision,” Davis said. “I don’t mean to make that sound like a copout. It’s a tough choice.”

No matter how news executives came to the decision to air it, many television commentators spoke to its potential impact on viewers, if not the senators who will vote on whether or not to impeach Trump. NBC News reporter Garrett Haake, who was reporting on the proceedings, said it appeared that some senators watching were seeing the footage for the first time.

“It’s one of the most powerful and disturbing pieces of evidence that I’ve seen at the opening of a trial,” said MSNBC’s Ari Melber. 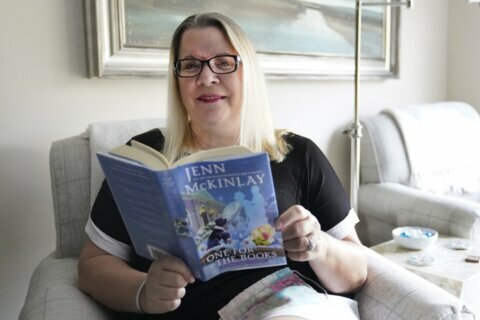