Within hours of Amanda Gorman’s reading of the inaugural poem last week, bookstores were hearing from their customers.

“Hopefully this will be a bridge that brings a lot of people to poetry,” says Mike Wysock, who manages The Book Stall in Winnetka, Illinois.

Interest in the 22-year-old Gorman and demand for her work has not slowed down since much of the world discovered her and “The Hill We Climb,” a highlight of the ceremony marking President Joe Biden’s assuming office. Two books scheduled for September, the picture story “The Change We Sing” and a poetry collection featuring “The Hill We Climb,” have occupied the top two spots on Amazon.com for the past week. The release of the fourth-ranked book, a standalone edition of “The Hill We Climb,” has been moved up from April 27 to March 16 and will include a foreword from Oprah Winfrey.

Each of the three books have announced first printings of 1 million copies, Penguin announced Thursday, numbers that virtually no poet would dare even fantasize about. Gorman, who at 17 became the country’s National Youth Poet Laureate, is a longtime Los Angeles resident who credits poetry with helping her work on a speech impediment.

“The incredible attention Amanda is receiving as a poet is entirely unprecedented,” says Jennifer Benka, president and executive director of the Academy of American Poets, which saw traffic on its website soar after the Jan. 20 inaugural. “Her poem and presentation has provoked a response to a poet we’ve never seen.”

Gorman’s life has become unusual for a poet in other ways too: She has signed a deal for fashion and beauty endorsement with IMG Models, where other clients include model Kate Moss and tennis star Naomi Osaka, and she will soon be appearing at another global event: She will read an original poem Feb. 7 at the Super Bowl in Tampa, Florida, where she will offer tribute to three people — educator Trimaine Davis, nurse manager Suzie Dorner and Marine veteran James Martin — for their contributions during the pandemic.

Gorman is by far the youngest of the poets to read at presidential inaugurations since Robert Frost was invited to John F. Kennedy’s in 1961. The only inaugural poem to approach the popularity of “The Hill We Climb” is the late Maya Angelou’s “On the Pulse of the Morning,” which she read at the 1993 ceremony for President Bill Clinton. A bound edition went on to sell more than 1 million copies, though Angelou at the time was already famous for her memoir “I Know Why the Caged Bird Sings.” Gorman had never published a book before this year,

When Gorman read last week, she wore a caged bird ring given to her by Winfrey, a friend of Angelou’s. 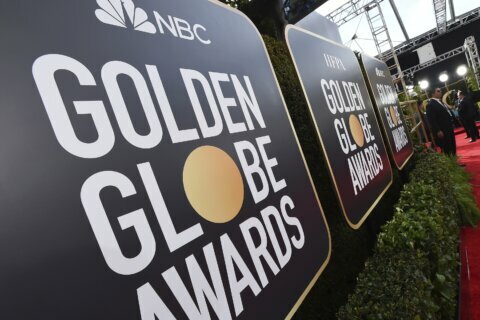