Billboard magazine ranked her one of the 100 Top Dance Club Artists of All Time.

This Sunday, CeCe Peniston performs at The Birchmere in Alexandria, Virginia.

“The only word I can say is ‘finally,'” Peniston told WTOP. “People for so long have considered me a dance artist, so for them to hear me live with a different repertoire of music is an amazing thing.”

“You know when people come to a show and they go, ‘Why are you doing all this new stuff that we don’t know,’ and they get agitated?” Peniston joked. “My thing is I’m doing all the hits, but I’m doing a couple of things you may not expect. I’m the type to have a full band, background singers and a DJ. … People want to hear that bass.”

Born in Dayton, Ohio in 1969, Peniston moved to Phoenix, Arizona around age 9.

“I didn’t even know I could sing until I was 11 or 12,” Peniston said. “The teacher said, ‘I want you to try out for this show … I think you have an amazing voice.’ … That started me saying, ‘Oh my God, I love being on stage, this is what I’m going to do with the rest of my life. … As soon as I got my degree, I got into music [professionally].”

How did she he land her first record deal?

“I was around Arizona doing all kinds of talent shows, winning that little $300 like, ‘I’m gonna buy me some fly clothes for school,'” Peniston said. “Felipe Delgado, R.K. Jackson and them were working with Overweight Pooch, who was on A&M [Records] with Manny Lehman. [Felipe] was like, ‘Yo, we want you to do the background.'”

Sure enough, the head of the record label was impressed by her background vocals.

“Manny was like, ‘Who’s that singing in the back?”” Peniston said. “I was like, ‘It’s me!’ He said, ‘Do you have any more songs?’ I said, ‘I have this song that was kind of a poem I had written in college when I should have been paying attention. … That was the song ‘Finally,’ which came out in the ’90s and is still being duplicated to this day.”

“‘Finally’ is a poem that became a song that became a career,” Peniston said. “Being on the charts for like 33 weeks, you don’t see that now. Every week artists are putting out music. It’s nothing for artists to have 65 songs out in three months. That’s the difference from the ’90s when they brought out a song and worked it for eight months.”

Through the ’90s, she had five No. 1 hits on Billboard’s Hot Dance Music/Club Play.

“When you don’t evolve, that’s when people get bored with artists,” Peniston said. “That’s why I always make it my business to try to do new things and be creative or adventurous or the risk taker. Sometimes I get in trouble for that, but I’ll take the heat.”

The success led her to perform at Aretha Franklin’s private birthday party in Detroit.

“Everybody has somebody that they love or they admire,” Peniston said. “When Aretha Franklin calls you personally and says, ‘Hey CeCe, how are you? I want you to play my show,’ you’re like, ‘OK, I need a second.’ … I had to pull over to the side of the road.”

Her gospel group Sisters of Glory performed for Pope John Paul II at the Vatican.

“Do you know how overwhelmed I was?” Peniston said. “He gave us all personal rosaries. I’m like, ‘Damn, the pope just gave me a rosary and said, ‘How are you? Bless your family.’ … There was Mavis Staples, Thelma Houston. … It was an amazing experience to perform at a Christmas program with the pope and Andrea Bocelli.”

She was also invited to perform at both inaugurations for President Bill Clinton.

“There was already somebody slated to sing the national anthem, and I was like, ‘Oh my God, please don’t have the person who was slated to perform throw darts at me in the audience — mental darts — because Bill requested me!” Peniston said.

She was the first foreign female entertainer to perform in post-apartheid South Africa.

“I was standing on stage, I had chills on my arms, I’m looking out … and everyone in the audience was singing ‘Finally,'” Peniston said. “I’m like, ‘Damn, Africa knows all my songs!’ I went to Africa, Kenya, overseas and I was like, ‘Damn, they really love ’90s music.’ … I bought a shirt to commemorate it, so I would never forget. I framed it.”

Now, she comes to the D.C. area in between the Capitol siege and Inauguration Day.

“For some crazy reason, God just keeps picking me,” Peniston said. “It’s at 200 [people] to make sure people are still social distancing. It’s definitely been a roller coaster. … Our job is to heal the world, give back to other people and make you smile.” 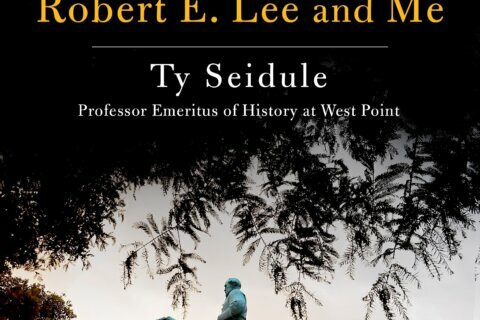