The journey wrapped Sunday night with a freaky season finale, proving that the sum of the gory parts is greater than the uneven whole, paling in comparison to “Watchmen” (2019) but leaving us grateful for months of diverse frights in time for Halloween.

Based on a 2016 novel by Matt Ruff and adapted from the works of H.P. Lovecraft, the TV series follows a young Black man named Atticus Freeman, who searches for his missing father during a “Green Book”-style trip through the segregated 1950s South.

Episode 1 is a creature feature like “A Quiet Place,” Episode 2 explores the vampires of a Biblical cult, Episode 3 is a ghost story in a haunted mansion, Episode 4 is a booby-trapped homage to Indiana Jones, and Episode 5 uses a metamorphosis potion for body horror like John Carpenter’s “The Thing” or David Cronenberg’s “The Fly.”

It would be hard to follow if the show didn’t maintain a through-line with consistent characters chasing wants and needs in an overarching storyline. It mostly holds the line for the first five episodes, but the flow shifts midway through the season into a more scattershot approach as it takes deeper dives into various side characters.

For instance, Episode 6 takes us on an international detour to Korea to explore the backstory of one of Atticus’ ex-lovers from the war. Similarly, Episode 7 gives the stage to Hippolyta to travel through time and inhabit different figures throughout history.

It all ties back together in Episode 8 with the revelation of what “Lovecraft Country” means. Even so, the rules of magic remain a bit confusing. Throughout the series, characters die and come back to life, lowering the stakes when no one is ever truly in danger. Death counts are only scary in horror flicks when they’re permanent.

The penultimate setting of the 1921 Tulsa Massacre only reminds us of how HBO’s “Watchmen” (2019) did it better just months ago, thus you won’t see an Emmys sweep for “Lovecraft” like you did for “Watchmen,” save maybe for a few acting nominations.

The finale confirms that the disjointed episodes are better for week-to-week frights than a cohesive binge, but we’ll never forget the inspired moments of freaky images set to soundtrack poetry and lyrics like “Whitey on the Moon,” “Stop Dat Knocking” and “Where is Your Fire,” now forever burned into our brains and TV horror history. 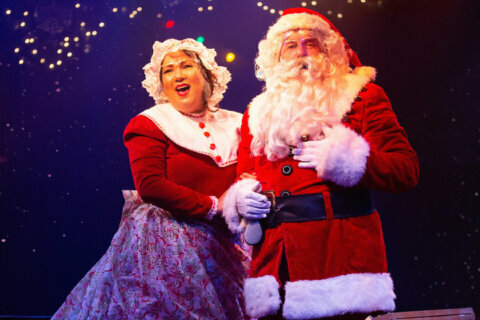