Celebrate Halloween with Hitchcocktober series at Angelika Mosaic in Fairfax

You can’t have Halloween without the “Master of Suspense.”

Get ready for “Hitchcocktober” at the Angelika Film Center in Fairfax, Virginia. The series runs every Tuesday and Wednesday at 7 p.m., as well as Halloween.

Seating is limited due to COVID-19 restrictions in Northern Virginia, so guests are encouraged to buy tickets in advance, either online or through the Angelika app.

What It’s About: Jimmy Stewart plays a wheelchair-bound photographer who suspects that he witnessed a murder outside of the rear window of his Greenwich Village apartment. The voyeuristic shots are cinema’s greatest example of visual storytelling.

What It’s Really About: While the protagonist is obsessed with solving the case, he should turn around and look inside his own apartment for a change. The film is really about his fear of commitment to girlfriend Grace Kelly. Every neighbor represents a potential future, appearing behind him at symbolic moments in his character arc.

What It’s About: Tippi Hedren stars as a West Coast prankster who travels to Bodega Bay, where flocks of birds mysteriously begin divebombing the residents, pecking them to death, chasing children out of school and wreaking havoc on the town.

What It’s Really About: The entire film is an allegory for the love triangle between Hedren, her love interest (Rod Taylor) and her potential mother-in-law (Jessica Tandy). As the mother picks up broken tea cups, it’s as if an empty-nester is gathering the broken eggshells of her hatchlings. The story ends when this jealousy is resolved.

What It’s About: Jimmy Stewart stars as a San Francisco detective who retires due to vertigo fueled by a fear of heights. He’s pulled back to the job for one final case by a friend who believes his wife is possessed by the spirit of her dead grandmother.

What It’s Really About: On the surface, the film may be about a ghostly possession, but beneath the surface, it’s actually about a different kind of possession: the male desire to possess women, as Hitchcock breaks down the dangers of the “male gaze” and questions our entire patriarchal society in his deepest, darkest masterpiece.

What It’s About: A teenager, Young Charlie (Teresa Wright), is overjoyed when her favorite relative, Uncle Charlie (Joseph Cotten), comes to visit her suburb, only to slowly suspect that he is in fact the “Merry Widow” strangler sought by the authorities.

What It’s Really About: Be careful what you wish for when you say you’re bored and want something exciting to happen in your sleepy little town. They’re both named Charlie because they’re two sides of the same coin, innocence striving for knowledge (biting an apple like Eve), only to realize the maturity of the outside world isn’t worth it.

In addition to the above films, there will be a grand finale on Halloween. The theater is waiting until Oct. 12 to pull back the curtain on the final pick.

I bet you can guess what it is. 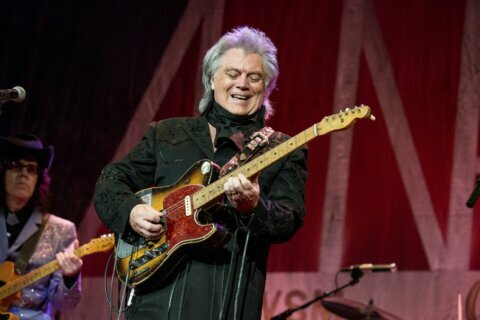 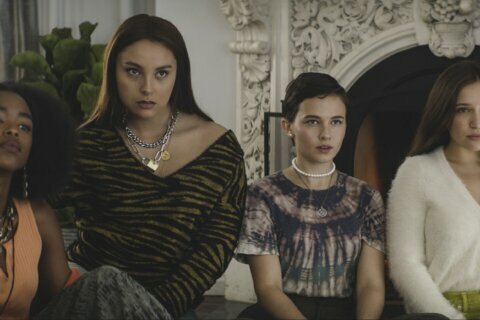