Outdoor movies have become a beloved tradition during summers in the nation’s capital, but the pandemic has shut down most of the annual options due to crowd restrictions.

Not to worry, The Wharf is launching “Sunset Cinema” on D.C.’s Southwest Waterfront.

“The sunsets here at The Wharf are pretty incredible, so the name was easy,” director of public programming Jennifer Currie told WTOP. “We reached out to the city to say, ‘Hey, there’s a lot of interest in drive-in movies, but there’s a lot of people in D.C. without cars. We’d love to do something that people can … have dinner and a movie on the water.'”

Screenings are at Transit Pier, where you can reserve a cabana by Cantina Bambina.

“It’s not just a come down with your blanket type scenario,” Currie said. “You’re making a reservation for a cabana on Transit Pier. Each cabana is a 10-by-10 [foot] tent with seating for up to six people. You can enjoy food and drink through Cantina Bambina.”

It costs $10 per person, including a complementary popcorn and Pacifico beer for ages 21 and up. This counts toward your $20 minimum for food and drink, which includes sandwiches from Grazie Grazie, pizza from Union Pie and Italian bites from Lupo Marino.

“The Wharf obviously has a tremendous amount of outdoor space,” Currie said. “Our restaurants here in D.C are allowed to do 50% indoor dining. … We’ve extended all the patios for the restaurants. We’ve covered them with big tents, so it’s a little Oktoberfest looking … but you do need to wear your mask when you’re not eating and drinking.”

“It literally is a stage that floats out on the water,” Currie said. “We have this really cool barge stage that typically we have live music on. …  It’s a 17-foot LED screen that gets built right on the stage. … So you can sit there in your cabanas and watch the movie.”

How did they determine the movie lineup?

“We really wanted a broad range of some fun for people, so some classic adventure and comedy type movies,” Currie said. “Also, this is a time where people are thinking a little more closely about how we all take part and shape our communities, so I think you’ll see some movies in the lineup that reflect the current thinking as well.”

“We just wanted to start big and fun,” Currie said. “Let’s kick this off with a bang.”

“It’s Shark Week next week, baby, so we’re all about ‘Jaws,'” Currie said.

“[It’s] the Jackie Robinson story,” Currie said. “We love our Nats and we’re excited that baseball’s back, but we thought this was a really great movie. To my point earlier, it’s celebrating baseball, but it’s also celebrating some really important accomplishments, so I think it’s a particularly timely movie for us.”

“That takes us back just to fun,” Currie said. “Let’s have some fun. Those of us of a certain age remember back to summers that were a little different than this one.”

“You can pick your friends but not your family,” Currie said. “I think with everybody being so on top of each other right now, some of that’s gonna resonate.”

“That is just an absolutely classic, classic movie,” Currie said. “There’s not a whole lot of dancing going on out there right now, but we can all sit back and appreciate it.”

“Another movie we’re really excited to show,” Currie said. “Some people may not realize this, but NASA headquarters is right here in Southwest, and actually, the street right in front of them is named Hidden Figures Way. It’s the true story of the Black female mathematicians who really helped get our space program going back in the ’60s.”

“Back to fun,” Currie said. “Just a good old laugh and have a good time to close it out.” 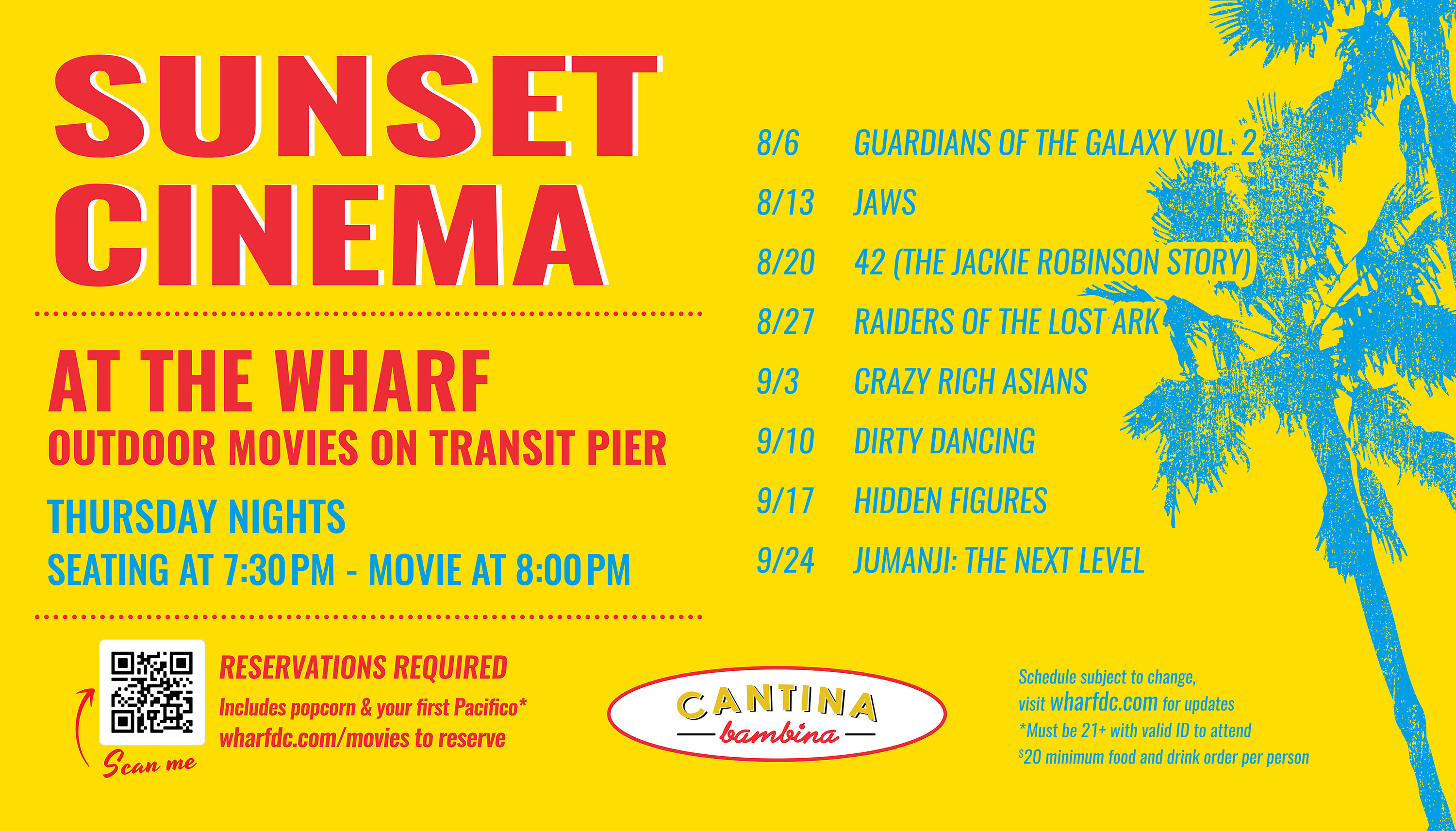