He starred in the greatest World War II film ever made in “Saving Private Ryan” (1998).

This Friday, Tom Hanks makes a rousing return to the genre in “Greyhound,” which was originally scheduled to hit theaters June 12 but was delayed due to COVID-19, causing Sony Pictures to sell the distribution rights to Apple TV+ for a digital release.

Based on C.S. Forester’s 1955 novel “The Good Shepherd” and adapted by Hanks himself as the screenwriter, the film is set in the early stages of World War II, where inexperienced U.S. Navy Captain Ernie Krause (Tom Hanks) must lead a convoy of 37 Allied ships across the North Atlantic while being stalked by a pack of Nazi U-boats.

It’s great seeing Hanks back on screen after his recent coronavirus scare, adding more sympathy to a man who was already our most likable actor. Just like “Captain Phillips” (2015) and “Sully” (2016), Hanks gives another commanding performance as a captain under duress and a quiet man of faith kneeling in prayer before and after the mission.

Stephen Graham (“Snatch”) plays his second in command to lead a supporting cast of Michael Benz (“Snowden”), David Maldonado (“Deepwater Horizon”), Jim Stanton (“The Punisher”), Matt Helm (“The Kitchen”), Rob Morgan (“Mudbound”) and Elisabeth Shue (“Back to the Future: Part II”), who appears briefly as his girlfriend back home.

The home front is too short-lived to call it a subplot. It’s more of an underdeveloped back story where Krause bids farewell to his girlfriend, who hands him a toy destroyer as a symbol of her devotion. After that, we only see brief flashes of her as Hanks remembers his old life, but once we set sail for war, there’s little time for romance.

The fast-paced action is directed by Aaron Schneider, who earned an Emmy nod for Best Cinematography for the TV series “Murder One” (1995), shared an Oscar with Andrew J. Sacks for Best Live-Action Short for “Two Soldiers” (2003) and won an Independent Spirit Award for Best First Feature with Robert Duvall in “Get Low” (2009).

Now, “Greyhound” is the flip side of Wolfgang Petersen’s German masterpiece “Das Boot” (1981), this time showing what’s going on above the surface. As periscopes cut through the water like shark fins, an enemy U-boat called the Gray Wolf taunts them over the intercom: “The sea favors the wolf on the hunt, not the hound on the run.”

It’s not nearly as claustrophobic as “Das Boot,” though it features the same maps, protractors, gauges and nautical-mile chatter amid the ping of torpedo sonar. Expect the sound of ships steering as Hanks commands, “Right hard rudder,” cannons firing as Hanks shouts, “Fire at will” and men cheering as Hanks announces, “We got ’em.”

Still, the most engaging moments aren’t the CGI explosions at all. Rather, it’s the human moments, like POV shots through Hanks’ binoculars or tight close-ups on Hanks’ face, often in profile, his glassy eyes staring out through the windshield wipers of rainy portholes as we feel the weight of making life-or-death decisions for his men.

Throughout, there are nice subtle touches, like a body getting caught on a flag during a burial at sea that show Hanks’ screenwriting is more than just a genre exercise.

And yet, the movie doesn’t try to pretend to be more than it is. At a brisk 90 minutes, it’s a rapid-fire, action-packed war flick. It may not rise to the level of elite, but it’s totally solid, or as Hanks said numerous times to his crew: “Steady as she goes.” 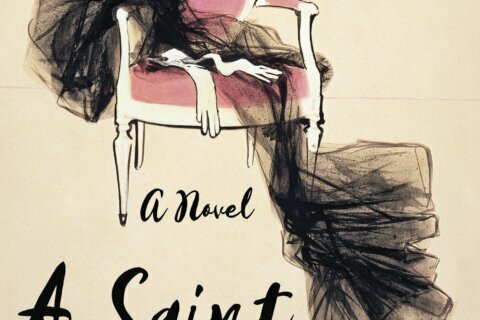 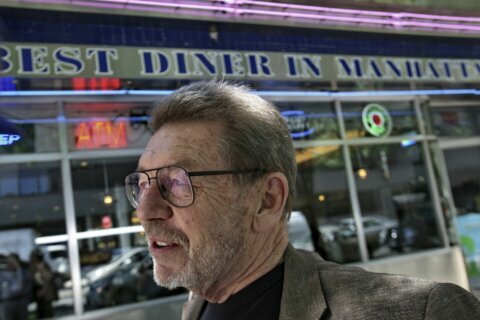 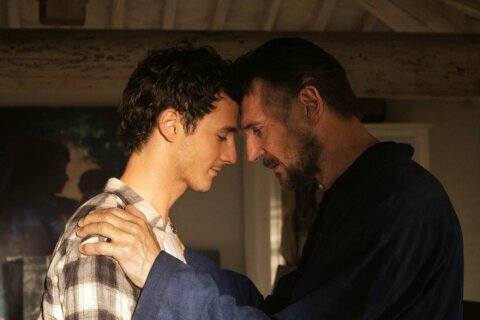 For Liam Neeson and son, ‘Made in Italy’ was a family affair