The best horror concepts are right under our noses with untapped fears in our daily lives.

Many of us have stayed at an Airbnb, but did we ever stop to think just how dangerous that might be? A total stranger holds the key. It’s their den. Their rules. Their torture.

That’s the premise of Dave Franco’s directorial debut “The Rental,” featuring a killer horror concept that is dragged down by too much predictable relationship drama.

Set in modern-day California, the story follows two couples who rent a remote vacation home on the coast for what should be a celebratory weekend getaway. Instead, they gradually begin to suspect the home owner is spying on them as bloody chaos ensues.

The actors may be accomplished, but their characters aren’t very likable. Charlie comes across as a scumbag, Josh has violent outbursts and Mina loves to complain. The one semi-good person is Michelle, but even she packs Molly, which they’re too old to do. You’re married in your late 30s! Why are you dropping ecstasy instead of going hiking?

I suppose that’s the slasher genre where dumb, promiscuous teens have long paid for their sins at the hands of killers, but the hot-tub tryst here just feels like lazy writing that’s all very predictable. You can tell who is going to sleep with who thanks to overt dialogue and non-subtle glances, while the red herring is obvious to detect right from the start.

At first, you’ll think that Franco and co-writer Joe Swanberg are flipping the “Halloween” (1978) rule of the virgin remaining the last alive. Instead, the least likeable character is the last one standing (we won’t say who, but you’ll agree they’re the most hatable).

Thankfully, the final act is pretty scary once the killing starts. After watching Barry Jenkins’ work in “If Beale Street Could Talk” (2018), Franco directs with legit jumpscares as the camera pans to reveal a jolt, P.O.V. shots show creepy voyeurism or a shadowy figure appears fuzzy in the background. Franco should keep directing. He’s got a knack.

Much to Franco’s credit, he is also able to reveal the killer without ever truly showing the culprit’s face. This leaves an air of mystery as it builds toward a clever twist in the final falling action, capped by a creepy “found footage” montage as the end credits roll.

Thus, the film succeeds at making you never want to stay in an Airbnb again.

The one thing “The Rental” had going for it was a perceived zeitgeist as the first Airbnb movie, but as you’re watching it, you’re reminded that “The Strangers” already did it.

In the end, one critic called this one a “fixer upper.” That’s the perfect way to put it. The bones are good, it just needs a lot of work with another few drafts of the blueprint.

Thanks for the hospitality, but this customer gives this Airbnb a mixed rating. 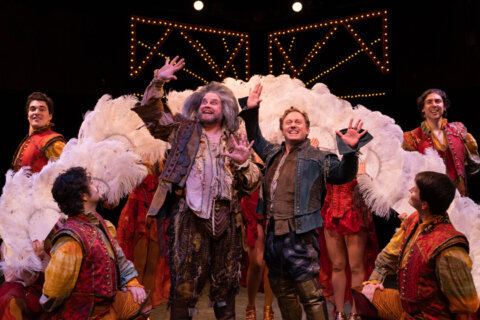