Now, if you're looking for more to satisfy your "Hamilton" craving, you can watch how its creators got their start in the new Hulu documentary "We Are Freestyle Love Supreme."
Listen now to WTOP News WTOP.com | Alexa | Google Home | WTOP App | 103.5 FM
download audio
WTOP's Jason Fraley highlights 'Freestyle Love Supreme' on Hulu

When the stage-to-screen smash musical “Hamilton” single-handedly boosted Disney+ downloads by 74% over the July Fourth weekend, the cast was thrilled at the response.

“It made me wish I had Disney stock,” actor Christopher Jackson jokingly told WTOP.

Now, if you’re looking for more to satisfy your “Hamilton” craving, you can watch how its creators got their starts in the new Hulu documentary “We Are Freestyle Love Supreme.”

That’s the name of the rap group founded by Lin-Manuel Miranda, Thomas Kail and Anthony Veneziale in 2003 before adding Jackson, Chris Sullivan and Bill Sherman.

“This is sort of a visual scrapbook,” Kail told WTOP. “I met Anthony in ’95, we had the idea for something around ’99 or 2000, but we hadn’t met the right people. Anthony and Lin started to really spark around the early days of ‘In the Heights,’ and I met Chris in 2002, so we’ve been having an 18-year conversation and I’m quite delighted by that.”

The freestyle rap group played its first gig in August 2003, then did its first consistent run at Ars Nova in 2004, performing five or six times a week for seven or eight weeks.

“The personal front row seat I had was watching the relationship between Chris and Lin,” Kail said. “When you see George Washington played on stage by Chris and Hamilton played by Lin 14 years later in ‘Hamilton,’ that was forged in Edinburgh, that was forged in New York City, Brooklyn, London, Montreal, Australia, all the places we did this show.”

Indeed, it’s wild watching a young Miranda running across the busy streets of Edinburgh, cutting up with his buddies on the street corner, his whole life and career ahead of him.

“I wasn’t going to say anything, but time affects us all, it’s defeated, so I’m trying not to wallow too much in the fact that I’m 18 years older and look it,” Jackson said. “It’s a very rare thing to have a performing relationship that spans such a great amount of time. … This film is like a time capsule for us [through] births, marriages, breakups, just life.”

The lesson, Kail said, is to bring your personal experience to your creative pursuits.

“Anything in your life is valuable, valid and deserving of story,” Kail said. “What’s being communicated verbally and non-verbally to the audience is your story matters. That’s something, if you look at ‘In the Heights’ and ‘Hamilton,’ that is a real, consistent thread.”

That goes for the group’s fascination with pop culture, as Miranda was inspired by the catchy rhymes of the “Darkwing Duck” theme song: “When there’s trouble, you call D-W.”

“We came up in a generation where there was an explosion of this new art form, so that’s what we were weened on musically and artistically,” Jackson said. “Until Lin and Tommy came along, I doubt that there would have ever been a moment where hip-hop and R&B could live on a Broadway stage. … Artists like me and so many others can now find an outlet.”

What makes freestyle such a great medium for creative expression?

“This all started as a way to take all the things we loved about improvisational comedy and merge them with our love of hip-hop, jazz and R&B,” Kail said. “One of the elements of freestyle that I was always so happy about is the thing that makes you strange outside of freestyle makes you powerful within it. … It’s about creative expression without filter.”

You can see those seeds blossom into “Hamilton” lyrics: “The ten-dollar founding father without a father got a lot farther by being a lot smarter, by being a self-starter.”

Not only have viewers marveled at the lyrics, but they’ve also gotten a window into the world of theater with Kail’s tight close-ups from Jonathan Gross’s spittle to Phillipa Soo’s gasp.

“It is a hard profession to understand if you’re not a part of it: all of the little things like hair mics, half-hour calls and the prospect of doing eight shows a week for 52 weeks,” Jackson said. “It’s built on being able to create moments for people in real time. … I can’t think of anyone in the world better than Tommy in the way that he’s lovingly captured it.”

Kail said streaming makes it available for those who couldn’t afford to see it on stage. Broadway tickets ran $1,000 a pop, causing the creators to launch half a dozen productions with national tours, allowing 10,000 people to see it live every night.

“That’s a lot of people to see theater, but it’s still not including everybody, because theater is too expensive, it’s hard to get to,” Kail said. “All of a sudden for $6.99, you can have connection to this version of the show and you can watch it once [or] you can watch it 10 times. What it’s also done is it’s expanded and democratized the conversation.”

By that he means it’s allowed everyone everywhere to have an opinion on it. This is vital in our current sea change in society in the wake of the Black Lives Matter movement.

“I’ve been so moved by how the show, as a piece of art, as a piece of fiction has been able to have this intersection with a moment where we’re all asking new questions,” Kail said. “Our show never claimed to have answers, it only existed to ask new questions.”

No one knows this better than Jackson, a person of color playing a founding father like Washington, the namesake of our nation’s capital with a face etched in Mount Rushmore.

“I think that if we had been more honest about the telling of our history since it began, I think that we’d have a more well-rounded understanding of what these men did well and what they didn’t do well,” Jackson said.

On the plus side, these were political geniuses who insisted “all men are created equal.”

“Something as extraordinary as our constitution had never before been written,” Jackson said. “In the history of man, no one had ever sat down and bothered to write self-evident truths down in an effort to form a government.”

However, it was tragically written by men who hypocritically owned slaves themselves.

How do we navigate this complex history moving forward?

“If we try to reduce the conversation to whether or not a statue or a monument should stand, we’ve missed the whole point,” Jackson said. “We’ve allowed the politicization of the entire conversation. … Let’s teach our kids the real history through the eyes of as many perspectives as we can before we try to start determining what should stay up.”

As for Kail, he grew up in Alexandria driving by these monuments every day.

“When you grow up in Northern Virginia where these monuments exist, I wasn’t taught to question them until too late in my life,” Kail said. “So many people see them as things that exist and don’t ask about why they exist. … We have to start, as Chris said, thinking about what we’re teaching ourselves and our children. We have to start telling the truth.”

Thus, Kail and Jackson can thank each other for embodying a “Hamilton” lyric from two different perspectives: “It must be nice, it must be nice to have Washington on your side.” 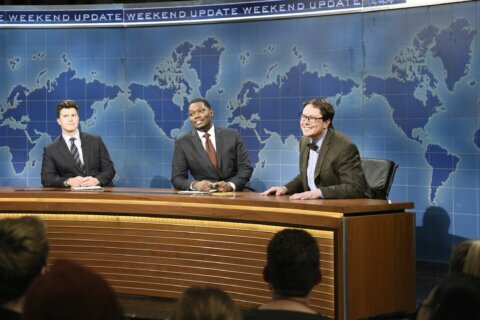 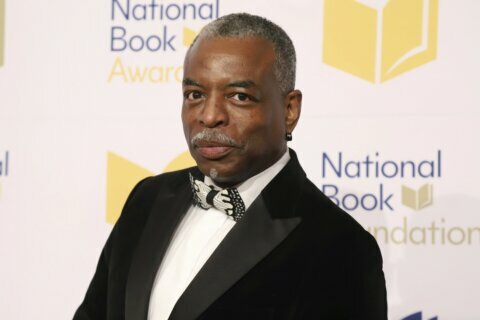 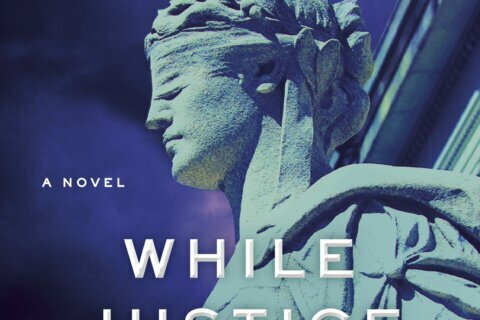