Vacationing on Chincoteague Island, Virginia, is an annual tradition in our region.

However, this week marks the first cancellation of its pony activities since World War II.

“This would have been the 95th year,” Denise Bowden of the Chincoteague Volunteer Fire Company told WTOP. “The last time that the pony swim and the carnival and everything got canceled was back in 1942 and 1943 during World War II. … I have no other way to put it except that it feels just as weird as everything else has this year.”

Back in March, organizers initially hoped the virus would be gone by the summer.

“We tossed it around,” Bowden said. “As things progressed and the numbers started rising, we just knew that there was no way that this was going to be able happen, to not only put the visitors in jeopardy and the cowboys in jeopardy, but the fire company and the island as a whole. So, we made a very tough, tough decision to cancel it.”

She admits that it’s a very emotional time for the pony-penning die-hards.

“It hurts our heart because it’s just such a tradition,” Bowden said. “Of course it’s about the money, but it’s also about the visitors that come here and want to see it and love it and enjoy their vacation time here, and the locals who just, it’s our second big holiday, it’s Christmas for us. … I really can’t put into words the feeling that it’s not going to happen.”

The decision also means a huge financial hit of up to $500,000 for the fire company.

“Our citizens here don’t pay a fire tax, so the money from the carnival and the pony auction is what goes to help pay for $500,000 fire trucks and $250,000 ambulances. … We just built a brand new station. We’ve only been in it a year. Thank goodness though we have a wonderful treasurer who has got our payment paid up until April of 2021.”

In the meantime, the community has been chipping in to fund the fire department.

“When we announced that we were not going to be able to have the carnival this year, donations started rolling in,” Bowden said. “Our treasurer went to the box every day and there was a handful of donations. I’ve been out walking my dog and people have stopped me on the street and handed me a check for the fire company. They’ve rallied around us.”

In addition to the fire company, the island’s overall tourism industry is also affected.

“We’ve got a year-round population of around 2,700 people,” Bowden said. “The week of pony penning [on] Wednesday and Thursday, we could have somewhere around 30,000. To not have that revenue stream this year is going to be tough for our local businesses.”

Still, she says business are trying to find ways to provide socially-distanced options.

“Everything is open,” Bowden said. “The line at the Island Creamery and Mr. Whippy continues to go down the block. Restaurants are at 75% capacity. … They have gotten very creative with outside dining. … When the governor went into Phase 3, the island has really been packed with people. … They’re out bike riding, on the beach, on their boats.”

Typically, the week kicks off with cowboys rounding up the ponies on the north and south ends of nearby Assateague Island. This is followed by the annual Monday beach walk where the cowboys gently walk the northern herd to meet the southern herd at 6 a.m.

“That is packed full of people, usually 7,000 or 8,000 people,” Bowden said. “The sun’s coming up, you’ve got these ponies and cowboys just gently riding down the beach, it’s just a fantastic sight to see. … After 95 years, we’ve got it down to a fine science.”

Tuesday is usually a day of rest as veterinarians check on the ponies’ health.

“I’ve seen grown men cry over having to euthanize a pony because of an injury,” Bowden said. “These are not hard-nosed cowboys. These guys care about their well-being.”

Wednesday is the big day with the annual pony swim, which takes place between 7 a.m. and 2 p.m., depending on the tide and weather. It’s followed by the live pony auction on Thursday, though this year’s bidding will be held virtually on SportHorseAuctions.com.

“Our auctioneer Tim Jennings and his wife own [the website],” Bowden said. “All of the foals have had their picture taken. … They’ve all been put online. They’re all numbered up. All the information about the foal is on there: when it was first sighted, the color of it, if it can go home with you right away or if it has to wait to be a fall pickup, if it’s a buyback.”

While it won’t be as exciting as a live bidding auction, there is a silver lining online.

“It’s not going to be a one-day auction; we’re going to run it for a week,” Bowden said. “You’ve got all week long. If you’ve got an eye on, say, No. 17 and you put a bid in, then a couple days later somebody has outbid you, you’ve got the opportunity to bid again.”

No matter how much money you spend, the fire company is always grateful.

“If you come to the carnival grounds and spend $10, that’s $10 that we didn’t have,” Bowden said. “Or, if you spent $10,000 on a pony, it doesn’t matter. … You could have gone anywhere in the whole wide world and spent your hard-earned money and your vacation time — and you chose to come to Chincoteague. We appreciate that.”

Even if you enjoy this year’s virtual action, she hopes you come see it live sometime.

“If you’ve never been here to see it, put it on your bucket list because you’ve got to see it at least once,” Bowden said. “Read the book ‘Misty.’ Watch the movie ‘Misty.’ … It’s something you don’t see anywhere else in the whole wide world. It only happens here.”

No matter how much time passes, she remains awe-struck by the ponies, which arrived on the island over 400 years ago after a Spanish shipwreck, according to legend.

“Being a fifth generation Chincoteaguer … it’s the epitome of Americana,” Bowden said. “It’s a good, old-fashioned event. It’s a great place to bring your family. … The ponies have evolved. … They’re a very majestic creature. Even though they are wild, some will let us get within a couple of feet. You can look in their eyes. They just capture your soul.”

Thus, it hurts the very soul of an island to cancel this year, but better days are ahead.

“We’re going to get through it,” Bowden said. “We’re tough. We’re going to persevere. This is Chincoteague. When we get backed into a corner, we always come out and fight like hell to get things back on track. … We want this to go on as long as we’re able. We’re 95 years into it, and Lord willing, there’ll be another 95. … I hope it goes on forever.” 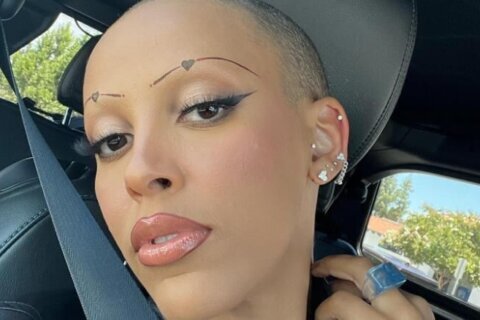