It takes a special talent to turn the subject of death into something you look forward to.

That’s why Ricky Gervais is doing next-level stuff in “After Life” (Season 2 now on Netflix), brilliantly balancing black comedy with melancholy for a uniquely life-affirming experience.

It follows British widower Tony (Ricky Gervais), who grieves the death of his wife Lisa (Kerry Godliman) by sipping alcohol while watching videos she recorded for him during chemotherapy. Out in public, he trudges to work at a local gossip newspaper, adopts a cynical attitude toward the world, makes impulsive decisions and debates killing himself.

If that sounds too dark, I urge you to give it a shot. If you find the first few episodes to be mean-spirited, I beg you to stick with it, requiring only 30 minutes at a time with only six episodes per season. You’ll be hooked after Season 1 and care about the characters even more by Season 2, for beyond the jokes, it mostly reveals itself to be deeply human.

We’ve seen Gervais grapple with death before in high-concept comedies like “Ghost Town” (2008), which is another hidden gem available to stream on Netflix right now by the way, but “After Life” is a more serious, transcendent treatment that will stand the test of time.

This is Gervais like you’ve never seen him before. Sure, we get the same sarcastic remarks and biting apathy that we’ve come to love from “The Office” (2001-2003), “Extras” (2005-2007) and emceeing the Golden Globe Awards, but we also get some truly emotional scenes. We’re not used to seeing Gervais cry, which is why it paralyzes us.

“I was planning to retire soon and just wander around the house drunk until I die,” Gervais told The Hollywood Reporter after re-upping for Season 3. “But I’ve grown a bit tired of doing that during the lockdown, and also Netflix made me an offer I couldn’t refuse.”

Part of the show’s genius is its deep well of supporting characters. He regularly confides in peaceful widow Anne (Penelope Wilton) on a park bench at the cemetery. He also flirts with nursing home staffer Emma (Ashley Jensen) during visits to his senile dad (David Bradley, Walder Frey of “Game of Thrones”), who gets some of the show’s best zingers.

Most memorable are his co-workers at the Tambury Gazette, including brother-in-law boss Matt (Tom Basden), whose son George (Tommy Finnegan) is bullied at school; Sandy (Mandeep Dhillon), who is a bright newcomer; Kath (Diane Morgan), who religiously worships Kevin Hart; and Lenny (Tony Way), the staff photographer who chews loudly.

We also revel in the quirky strangers he meets along the way, from doomed drug dealer Julian (Tim Plester) to dunce postman Pat (Joe Wilkinson) to upbeat prostitute Roxy (Roisin Conaty), who insists on being called a “sex worker.” All of these societal outcasts are somehow wiser than Tony’s own psychiatrist (Paul Kaye), who gives terrible advice.

In addition to starring, Gervais also writes and directs every episode, meaning he’s both Bill Murray and Harold Ramis in this “Groundhog Day” (1993), which the show repeatedly references. It’s a surprisingly good comp, not for any magical realist elements but for a character arc that uses a life sentence to evolve from suicidal thoughts to helping others.

This journey is reflected in the dialogue that evolves with Tony’s character. He starts with nihilistic lines like, “Humanity is a plague. We’re a disgusting, narcissistic, selfish parasite and the world would be a better place without us.” He may be an asshole, but he’s our asshole, because we always sympathize with his level of grief that’s hard to imagine.

His tone gradually evolves from jaded jerk to heartbroken pity: “I’d rather be nowhere with her than somewhere without her,” “Nothing’s as good if you don’t share it” and “I still have my downs, but then life throws you these interesting little things, doesn’t it?”

Finally, his attitude blossoms into optimism: “Hope is everything,” “You can’t feel sorry for yourself. You’ve got to keep going,” and “We’re not just here for us, we’re here for others.”

It all builds to the show’s thesis: “Happiness is amazing. It’s so amazing it doesn’t matter if it’s yours or not. A society grows great when old men plant trees the shade of which they know they will never sit in. Good people do things for other people. That’s it. The end.”

At the time of a global pandemic, it’s the perfect mood for what we’re all going through. 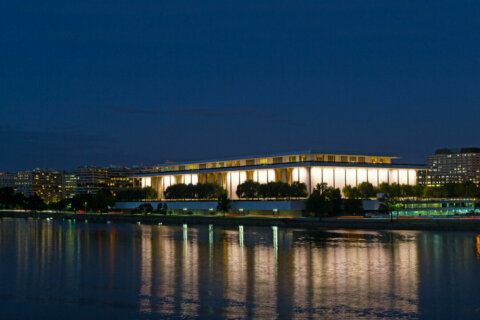 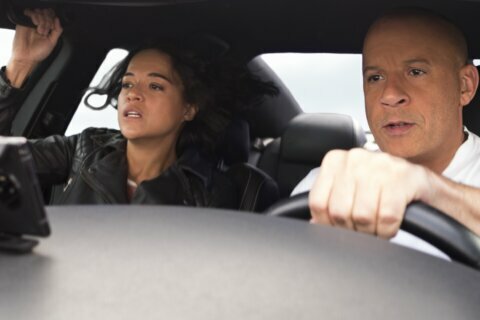