WTOP's Jason Fraley speaks with The Washington Ballet about their annual production of The Nutcracker as re-imagined by Septime Webre.
download audio
November 29, 2020 | (Jason Fraley)

It’s been a holiday tradition in the nation’s capital for decades, first performed at Constitution Hall in 1961, before moving over to Warner Theatre, where it’s been since since 1992.

This month, The Washington Ballet’s “The Nutcracker” returns to Warner Theatre, marking the 16th anniversary of Septime Webre’s re-imagining as a D.C.-themed production.

“This particular production is set in Victorian-era Georgetown,” artistic director Julie Kent told WTOP. “We have many historic guests like [Frederick] Douglas, we have Harriet Tubman in our battle scene along with Benjamin Franklin, George Washington is the Nutcracker. … King George III is the Rat King, the ‘Waltz of the Flowers’ is a celebration of our Cherry Blossoms, our typical Arabian dance is a celebration of the Anacostian Indian and the typical Russian dance is the frontiersman inspired by Davy Crockett.”

Adapted from E.T.A. Hoffman’s story “The Nutcracker and the Mouse King,” the ballet is set on Christmas Eve in 1882, as Clara’s family hosts a holiday party in their Georgetown mansion. When her mysterious godfather Mr. Drosselmeyer presents Clara with a nutcracker, she plunges into the magical world of the Rat King and Sugar Plum Fairy.

“Many of our young dancers who have been with the studio company and training program [are] growing into more senior roles,” Kent said. “Lope Lim and Alexa Torres began as Clara and the Prince three seasons ago and now they are not only dancing those roles, but they’re adding roles to their repertoire like the Snow Queen and Frontiersman. … It’s a really exciting time to see the growth in this company of the next generation of dancers.”

Torres is happy to be playing Clara for a third straight year.

“It’s pretty amazing and for me like a dream,” Torres told WTOP. “I’ve been doing Clara for three seasons and I get to do Clara once more, but at the same time I get to look forward to the roles that Clara always looked up to. Sometimes the Snow Queen has to bow to Clara, so now playing the other side is very cool and just like a dream. It’s pretty crazy.”

“I came when I was 14,” Torres said. “It’s such a big decision because no one ever does it. It’s something you don’t know what you’re getting yourself into, but also you know there’s no turning back. Once you make that big decision, it changes your life. Sometimes you have to pinch yourself and realize you’re not dreaming. It’s something so magical and you always see it in movies, but now you’re here living it, so it’s definitely crazy.”

The 20-year-old Lim also emigrated here, arriving from the Philippines.

“Definitely when I first moved here it was so scary,” Lim told WTOP. “I moved here when I was 14 and it was something that you don’t do in the Philippines. Back home it’s a very conservative culture and you don’t really leave the country. When I came here it was really nerve-wracking and so stressful, but now it’s so rewarding because I’m living the dreams of so many kids back home who would love to be here. Sometimes you just have to pinch yourself and realize you are here and where you come from. It’s important to have a deep sense of thankfulness and be grateful for everything you have.”

“They and their families have sacrificed a lot for them to study classical ballet and pursue these professional careers,” Kent said. “It means a lot not only to our Washington Ballet family but to our greater international family as we are investing in developing these young dancers from the global community.”

Of course, the biggest import is the iconic score by master Russian composer Tchaikovsky.

“This is probably Tchaikovsky’s most-known music all over the world,” Torres said. “The Sugar Plum pas de deux is the biggest ‘Nutcracker’ Christmas music that people hear. Aside from that, the Russian dance, which is our frontiersman, is one of the biggest highlighted music [pieces]. It’s something people relate to because they always hear it during Christmas.”

“The entire ballet of ‘Nutcracker’ music has become so ingrained in society that we don’t even think about it,” Lope said. “It’s popular and we hear these songs that we heard when we were kids, so it’s just synonymous with the holidays and it just brings us back to when we were kids.”

While the music is familiar, the choreography is still challenging.

“It’s a physical marathon,” Torres said. “It’s so many counts and so many little things, you just always have to remember what you’re doing on each part you do.”

“We’re dancing a lot,” Lope said. “We do almost every show; 40 shows total. A lot of people don’t realize that we’re dancing our heart out on stage and as soon as we get off we’re going into ice buckets and massaging ourselves and trying to get as much rest as we can. Any time we’re not dancing we’re just in full recover mode. It’s extremely athletic and extremely straining. It’s an extremely long production.”

What’s his favorite dance to watch from the wings?

“I love the Sugar Plum Fairy dance,” Lope said. “I used to listen to it as a kid. Maybe for some people it could get old, but for me any time I hear it it’s Christmas. That rhyme and that tune is just so ingrained in my head and in my memories. It’s so nostalgic.”

“The snow pas music gives me goosebumps when I hear it,” Torres said. “It also brings me to Christmas and the choreography is very beautiful.”

As for Kent, her favorite scene is an early moment that kicks off the magic.

“My favorite scene is when the Nutcracker doll is transformed into the Prince,” Kent said. “He jumps from the wings and he runs to Clara and kisses her hand. In that moment, all of her dreams are coming true. It’s so romantic and beautiful, so that’s my favorite scene.”

“What you see with these young dancers is a very large loving family supporting their dreams, so I think that’s where the nostalgia kicks in,” Kent said. “We have on stage from 5-year-olds to our professional training division, so it’s a real opportunity for all of the dancers from The Washington School of Ballet and The Washington Ballet to share our love of ballet, this story and our familial community.”

This year marks the 75th anniversary of The Washington Ballet, founded in 1944 as The Washington School of Ballet before changing its name in 1956 and officially become a professional company in 1976.

“We began our celebration in our performances in October and we will be continuing throughout the season,” Kent said. “There will be a culminating alumni weekend Feb. 21-23 at our ‘Balanchine + Ashton’ program at the Kennedy Center. It’s obviously an enormous contribution to the Washington D.C. community, the founding of this school by two women, Lisa Gardiner and Mary Day.”

Not only can you celebrate this cultural institution, you can get yourself in the holiday spirit.

“‘Nutcracker’ is just fun,” Lope said. “You’re going to laugh, you’re going to smile, you’re going to see beautiful dancing. We work so hard to make you happy. My goal personally is that I want people to leave the theater feeling happy, that they are happier than when they came. It’s just Christmas, the music, the dancing and the costumes, it’s just a beautiful production.”

“The amount of work that goes into every little thing, including the scenery, the choreography, the dancers, it just makes you so happy and it is really just a thrill to watch,” Torres said. “I think for anybody, kids, older people, it will make you smile, so I think it’s definitely worth it at Christmas.”

Find more info on The Washington Ballet website. Listen to our full chat below: 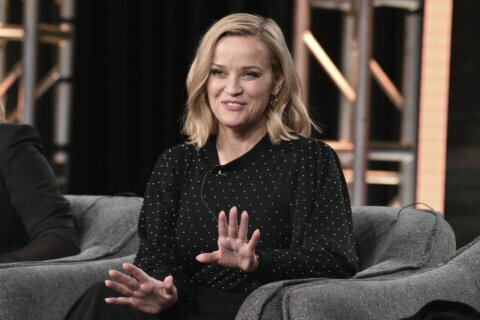 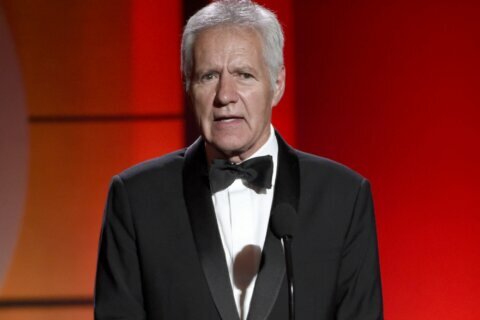