Think hard. There haven’t been too many.

As such, you could very well argue that James Mangold’s new Oscar contender “Ford v. Ferrari” might be the best racing flick ever made. It’s one that takes time building up to the big race, with plenty of character development before unleashing one of the most exciting sports action sequences in recent memory.

Set in 1963, Ford Motor Company approaches Enzo Ferrari about buying his company, which has won seven out of the last eight years at the annual 24 Hours of Le Mans race in France.

When the deal falls through, Ford asks auto designer Carroll Shelby (Matt Damon) to build the Ford GT40 into a high-speed contender. Shelby agrees but with one request: the car must be driven by eccentric British driver Ken Miles (Christian Bale), who is deemed too wild for the Ford brand.

The roles were originally intended for Tom Cruise and Brad Pitt, but we’re lucky we ended up with these two leading men. Matt Damon is the perfect choice to play the All-American protagonist.

Any gear-head knows the model “’66 Shelby,” so in order to embody its spirit, you have to have an equal piece of Americana as the actor. That’s Damon, who’s sympathetic in his brave boardroom battles with close-minded execs Henry Ford II (Tracy Letts) and Lee Iacocca (Jon Bernthal).

Still, it’s Christian Bale who steals the show as the brash driver trying to make history on his own terms; even if it means throwing a wrench (literally) into the works.

Bale is believable behind the wheel, his intent gaze and tight steering-wheel grip causing us to hold our breath at every turn. He is also touching in domestic scenes with his wife Mollie, played with warm strength by Caitriona Balfe (“Outlander”), who takes him for a ride until he admits his car addiction.

Both actors are given ample time to grow, thanks to screenwriters Jez and John-Henry Butterworth (“Edge of Tomorrow”), who rewrote the original draft by Jason Keller (“Escape Plan”). Together, they smartly structure their script with a lot of build-up in the first hour and 45 minutes, leaving the audience thoroughly invested in the characters and their livelihoods before the penultimate qualifying race.

When we reach the Le Mans climax, that’s when Mangold’s directing really shines, having steadily become one of our most reliable filmmakers from “Walk the Line” (2005) to “Logan” (2017). In “Ford v. Ferrari,” he delivers one of the best racing sequences ever put on screen, thrilling us with high-speed action, yet allowing enough time (40 minutes) to feel the endurance of the 3,000-mile race.

Best of all is a twist at the end of the race that you won’t see coming. It’s one of those endings like “Rocky” (1976) where you’re initially rooting for the win-lose outcome, but it’s so well-crafted that you ultimately don’t care as long as the hero experiences personal growth.

Does Ford win the race?

Do yourself a favor and don’t look up the history. A few double switches happen in the final laps that will stick with you long after the end credits roll, as will the emotional falling action.

It’s the type of ending that will make you want to shout the name “Ken Miles” from the rooftops as an unsung hero of the sport. It reminds us sometimes the checkered flag isn’t the end of the race, it’s only the beginning of a legacy.

Whether or not “Ford v. Ferrari” finishes first at the Oscars is irrelevant; its legacy will live on as the rare high-speed sports flick with both style and substance. 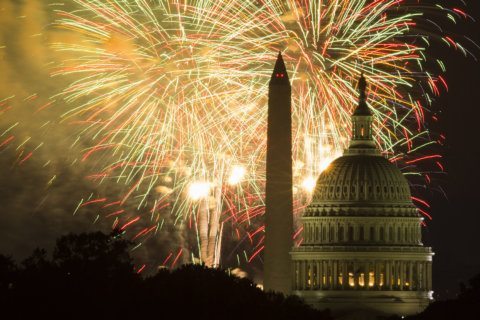