Jimmy Buffett brings the U.S. national tour of his stage musical “Escape to Margaritaville” to National Theatre for one week this Tuesday through Sunday.

“It started right here in Washington D.C.,” Buffett told WTOP. “A friend of mine, the great Jack Boyle, who ran the Cellar Door in Georgetown, believed in me long before anybody else years ago when I was a solo act. He brought me to the D.C. area. … He was a big fan of [‘The Caine Mutiny’ author] Herman Wouk and Jack Boyle said, ‘You ought to look at ‘Don’t Stop the Carnival’ as a musical.'”

So, Buffett left his sailboat in the Caribbean and set out to find Wouk, who had written the 1965 novel that inspired Buffett’s “Don’t Stop the Carnival” album.

“I chased and found Herman Wouk,” Buffett said. “He didn’t know who I was; I didn’t know he was still alive. I went to visit him and a day later, he wasn’t doing anything, so he wrote the libretto for that show and I did the music for it. … It played in Miami, it never made it to Broadway, but it was one of the great experiences of my life. People who went to that show are investors in this show.”

Thus, “Escape to Margaritaville” was born, debuting in San Diego in 2017 before hitting New Orleans, Houston, Chicago and ultimately Broadway in 2018. This time, Buffett hired Emmy winner Greg Garcia (“My Name is Earl”) and Emmy nominee Mike O’Malley (“Shameless”) to weave a story around his greatest hits.

“When the writers came along, it was very important that they were part of that group of people who were basically Parrotheads,” Buffett said. “It was important that the music was a part of their lives and it wasn’t just a writing assignment. Authenticity was absolutely important. They knew the songs enough to stitch together a story. … It’s all just recognition and energy. You’ve got energy up, energy down. That’s the way you write any show, you got the highs and lows.”

The plot follows carefree crooner Tully Mars, who sings at the run-down hotel bar Margaritaville on a small island in the Caribbean, welcoming various vacationers.

“I did the same thing,” Buffett said. “There’s a scene where the girl that he’s interested in asks him questions that make him nervous about why did you come here? It’s a great little speech and at the end he goes, ‘The cold.’ That’s why I went to Key West — to get warm. … Then there’s two women on vacation who are best friends. One is very carefree, the other is a stick-in-the-mud … but eventually the margaritas and sun change her attitude — and her latitude!”

The songbook features all of Buffett’s most famous hits, including “Fins,” “It’s Five O’Clock Somewhere,” “Why Don’t We Get Drunk,” “Son of a Son of a Sailor,” “Changes in Latitudes, Changes in Attitudes,” “Volcano,” “Cheeseburger in Paradise,” “Come Monday” and of course the title number “Margaritaville.”

“Most of the songs that I write are autobiographical,” Buffett said. “Having that much material that’s affected people in a positive way with a little release from the tediousness of daily life, I was so lucky to just get that job and wound up in Key West, Florida, which accelerated the process writing about places I loved. Then I realized that was in everybody’s culture and everybody needs a couple days off, so I was lucky enough to kind of put my thumb on that pulse beat.”

Few musicians are so synonymous with a genre of music, from Bill Monroe’s bluegrass to Chuck Berry’s rock ‘n roll, but Buffett followed Bob Marley’s reggae with his own style known as “trop rock,” influencing the likes of Kenny Chesney.

“Mark Twain said you write what you know about, so I spent a lot of time on a boat in the Caribbean or flying around and having fun,” Buffett said. “I love the historical past of all of those cultures from Europe coming together in this callaloo stew pot 3,000 miles away and what came out of it. … It’s extended to the fact that I’m doing stuff with Kygo now. The DJ said that’s tropical house!”

Across the generations, he maintains legions of fans who affectionately call themselves Parrotheads as they dress up in their craziest tropical attire.

“There are different levels of Parrothead-ism,” Buffett joked. “It depends on costumes and things of that nature, but as a child of the Mardi Gras, I loved costumes. That was another part of it for me. I always wondered why were getting away with this in Middle America, then I realized it was based on my love of Mardi Gras and that you needed a couple days off.”

It all traces back to his early days in Alabama and his early break in D.C.

“I love musical theater,” Buffett said. “My mother was a great local performer in Mobile, Alabama, so I would go to shows with her [like] ‘South Pacific.’ So it’s nice to come full circle. Plus, Jack was so good to me in the D.C. area, to give me a break and play the Cellar Door in those days. I still have a $300 check I never cashed for a week at Cellar Door. I still have it framed in my office!”

You might even see him at National Theatre, confirming he’ll attend Tuesday.

“I’m very excited,” Buffett said. “I’ve seen this cast. They’re very young and very invigorating. It’s like minor league ball. I love baseball. It’s just like seeing everybody at that level and it’s always part of the process. This is where you start if you want to go the distance. I was lucky enough to make it that way and my biggest thrill would be if kids who starred in this show had that same experience.”

For Buffett, that breakthrough No. 1 hit was “Margaritaville,” telling of a narrator wasting away in a tropical location. As the song progresses, the narrator gradually takes responsibility for his actions, as the first verse says, “It’s nobody’s fault,” the second verse says, “Hell, it could have been my fault,” and the third verse admits, “It’s my own damn fault.” What inspired such clever songwriting? 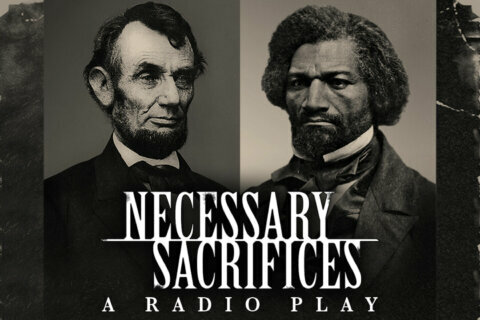 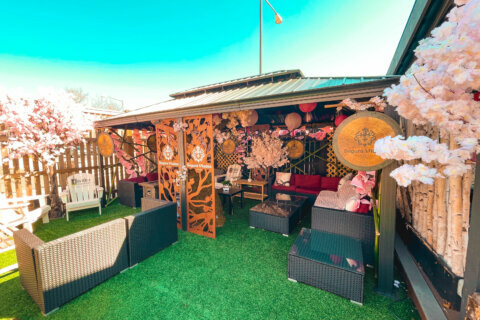