Few talents have ever mastered as many mediums as Betty Buckley, who shined on stage in the original production of “Cats,” the TV screen in “Eight is Enough” and the silver screen in “Carrie,” all while finding time to crank out Grammy-nominated albums with her music.

This month, Washingtonians can catch her at the Kennedy Center in “Hello, Dolly!” as she plays matchmaker Dolly Levi, who seeks a mate for a wealthy bachelor in Yonkers, New York.

“It’s a beautiful, fun, joyous evening,” Buckley told WTOP. “Dolly Levi is a very unique individual and full of love. Her husband has passed away 10 years prior. … Her greatest skill is as a matchmaker. She has a real intuitive ability to put people together rightly in relationships. All she wants is for everyone to be happy, but she’s decided on this particular day that what will make her life better is to marry the half-a-millionaire Horace Vandegelder. She states that as her mission at the start, then all mayhem breaks loose as she tries to accomplish her goal.”

The 2017 revival won four Tonys, including Best Actress for Bette Midler in a role that originally won Best Actress in 1969 for the late Carol Channing, who died in January.

“We were opening in San Diego on a Tuesday morning when we heard she passed away,” Buckley said. “There was a poster with photographs from a touring production of ‘Hello, Dolly’ on the wall right next to my dressing room, so we had a little memorial ceremony there before the show and I gave a curtain speech [about] what a force she was in theater, how singular her performance as Dolly had been and what a unique and wonderful actress and comedian she was and the legacy she’s left. I can never fill her shoes, but I do the best I can.”

“Agent [Roger Hess] signed me when I was a junior in college and kept encouraging me to come to New York, but my father didn’t want me to go,” Buckley said. “The agent arranged a job in Philadelphia and said, ‘You can come into New York … I have an audition.’ … So, I took my music and went, I didn’t even know what it was for, I sang, they cast me, we went on the road to New Haven and Washington and came back as the big hit that spring in New York.”

She followed up on stage with “Pippin” (1973) before her Hollywood breakthrough as Sissy Spacek’s sympathetic gym teacher Ms. Collins in Brian DePalma’s horror gem “Carrie” (1976).

“She was tremendous and was an amazing actress that all of us were thrilled to work with — the great Sissy Spacek — and there were seven of us making our film debuts, including John Travolta,” Buckley said. “We had a real energy about us because we knew we were doing something special, so when it became this classic cult hit, we were like, ‘Yeah!’ … We were all fascinated because we knew who [DePalma] was — watching a master film director at work.”

“That was a difficult job,” Buckley said. “It was like working in a factory and learning about show business and producers that liked to remind people they were owned by the mob. That was a weird experience … [shooting] 29 episodes a year, so it was an intense time period.”

While shooting TV by day, she moonlighted at Huntington Hartford Theater, where she met casting director Fred Roos, who cast her across Robert Duvall in “Tender Mercies” (1983).

“He called me early the following summer and said, ‘Betty, I’m sending you a script by Horton Foote, one of the all-time great American playwrights. They want someone who can sing country-western who’s a great actress and I gave them one name. Go get the part. It’s starring Robert Duvall.’ … I sat down and read the script and wept at the sheer beauty of the script.”

That year wound up being a double whammy in her career.

“The same year I shot ‘Tender Mercies’ I got ‘Cats’ and went into rehearsals for that,” Buckley said. “That October we opened ‘Cats’ and that November, ‘Tender Mercies’ released. The following spring I won the Tony for ‘Cats’ [Duvall] won the Oscar [for ‘Tender Mercies’] and the song I sang in the movie won the Golden Globe. … It was one of the greatest career years of my life. Both of those projects, ‘Cats’ and ‘Tender Mercies,’ were like my masters thesis.”

What a masters thesis it was, playing the iconic role of Grizabella, as “Cats” became the longest-running Broadway show until the record was broken by “The Phantom of the Opera.”

“It’s just one of the great musical theater pieces of all time,” Buckley said. “I was honored to be in the original New York cast as the lovely Grizabella, who’s a great character, and sing that great song ‘Memory.’ It was a huge hit in London first. There was this beautiful cast album that featured the glorious voice of Elaine Paige. … Theater devotees had the cast album and knew the music forward and backward and were ecstatic about it coming to New York.”

“‘Split’ was one of the biggest international box-office hits of 2017,” Buckley said. “I’ve been a very blessed actor-singer. I feel very fortunate. I’m turning 72 on July 3 and I feel really fortunate the past couple years with ‘Split’ and playing this mad crazy woman in ‘Preacher,’ which we shot in New Orleans with one of the greatest crews and greatest creators ever.”

As if stage and screen weren’t enough, she earned two Grammy nods for her music albums.

“My most recent one is called ‘Hope’ with an incredible band of musicians I’ve been working with since the one before that released last year called ‘Story Songs,'” Buckley said. “When I finish ‘Dolly!’ at the end of August, I’ll go back and do some concert work on the West Coast, then some forthcoming concert work in 2020 as well. I’m excited to get back with my band.”

Until then, don’t miss her teaming with director Jerry Zaks and producer Scott Rudin in “Hello, Dolly!”

“It’s just a glorious, beautiful, fresh interpretation, the likes of which no one has seen,” Buckley said. “We’ve been doing the tour for 10 months, but it’s still so fresh and so beautiful. The audiences have been so joyous every single performance. It’s been a remarkable gift and a great blessing in my life. I’m so grateful to Jerry Zaks and Scott Rudin for trusting me.”

Find more details on the Kennedy Center website. Hear our full chat with Betty Buckley below: 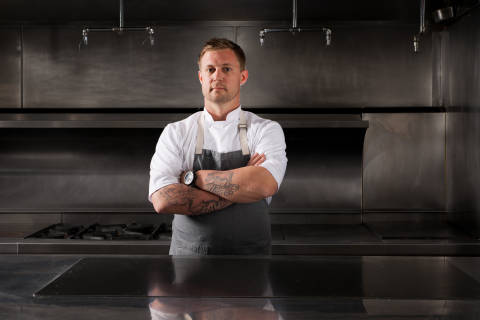 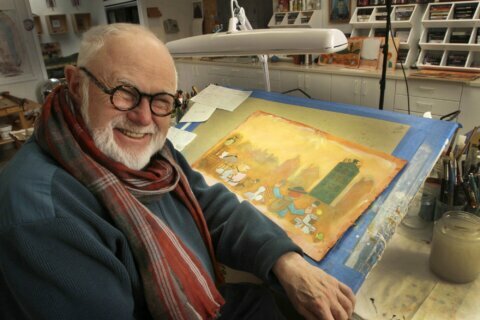 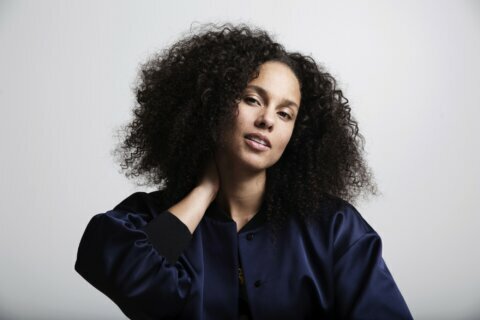