Disclaimer: This article contains Season 1 spoilers, but does not spoil anything in Season 2.

“Game of Thrones” showed how tricky it can be when a TV series outpaces its source material, but “Big Little Lies” was such a smash hit that HBO is bringing it back for Season 2 on Sunday night, entering uncharted territory after Season 1 wrapped conclusively at the novel’s end.

Even HBO seemed pleasantly surprised. When the mystery/drama won eight Emmys and four Golden Globes, it competed in the Limited Series category, as voters considered the self-contained story a miniseries with no dreams of expanding it any further. Surely such a star-studded cast wouldn’t agree to multiple seasons interfering with their busy film schedules.

Wouldn’t you know it? The A-list cast enthusiastically agreed to get the band back together, especially when superfan Meryl Streep expressed interest in joining the team. Just like that, Season 2 became a reality, and if it’s anything like Season 1, we could be in for a wild ride.

On the flip side, Jane made enemies with Renata Klein (Laura Dern) and her husband Gordon (Jeffrey Nordling), who accused Ziggy of bullying their kid. Meanwhile, Madeline grew jealous of yoga instructor Bonnie Carlson (Zoe Kravitz), the new bride of her ex-husband Nathan (James Tupper), while trying to show appreciation to her second husband Ed (Adam Scott).

The class dynamics and PTA rivalries were delicious, contrasted against the gorgeous Pacific vistas of Monterey. The natural beauty of sunsets, jagged coasts and crashing waves painted a pristine picture of a “too perfect” white-picket-fence suburbia exposed in “Ordinary People” (1980), “Blue Velvet” (1986) and “American Beauty” (1999). Murder is just the latest sin in an already rotten cesspool of materialistic phonies desperately keeping up with the Joneses.

Season 2 will feature a similar setting, only this time captured by British filmmaker Andrea Arnold, who won an Oscar for Best Live-Action Short for “Wasp” (2003) and won Cannes’ Jury Prize three times for “Red Road” (2006), “Fish Tank” (2009) and “American Honey” (2016). I can’t wait to see what she does here, finally adding a “female gaze” to the female-driven narrative.

Arnold takes the reins from Emmy-winning director Jean-Marc Vallee (“Dallas Buyers Club”), who masterfully used flashbacks to shine light on his characters’ complex back stories, much like he did in his Witherspoon-Dern collaboration “Wild” (2014). Vallee cleverly foreshadowed the big twist right from the earliest episodes by consistently cutting from Woodley’s rape memories and Ziggy’s identity crisis to the parallel action of Skarsgård, Ziggy’s rapist father.

While Skarsgard delivered a chilling performance, earning both an Emmy and Golden Globe, I guessed the culprit halfway in. And yet, it didn’t spoil the reveal for me; quite the contrary, I admired the juicy red herrings and character development building up to the finale “You Get What You Need,” which perfectly ended in a climatic confrontation atop a perilous staircase.

Hats off to showrunner David E. Kelley, who penned all seven episodes of Season 1 and now returns to write Season 2. Expect plenty of juicy dialogue as each of the characters deals with the aftermath of Skarsgård’s comeuppance in their own unique, character-specific ways.

Will Witherspoon take the leadership role in covering it up? Is Kravitz in legal danger as the one who carried out the revenge? Will Woodley heal now that her tormentor is dead? Or will Dern, who won an Emmy and Globe, find a way to bring parental politics back into the mix?

The one to watch is Kidman, who won an Emmy and Golden Globe last season, and now has to deal with the combined relief and grief of her abusive husband’s death. Here, she will go toe-to-toe with Streep, who will play her mother-in-law, suspicious of how her son died.

Whether Season 2 can rival Season 1 remains to be seen, but I’m all in for the novelty of watching arguably the two best actresses of the past 40 years — Streep and Kidman — go toe-to-toe. Cue “Cold Little Heart” by Michael Kiwanuka. It’s time for more drama in Monterey. 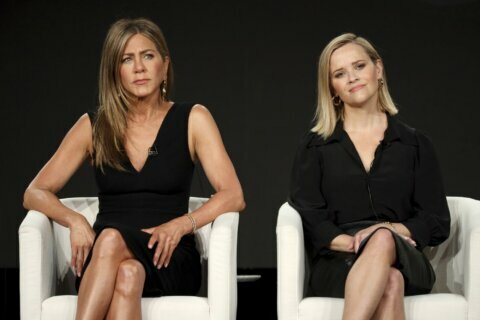