Many have tried and failed to bring Middle East peace between the Israelis and Palestinians, but the closest we ever came was a deal brokered by a Norwegian husband and wife in 1993.

That’s the premise of the Tony-winning play “Oslo” presented by Round House Theatre, which is temporarily housed at D.C.’s Lansburgh Theatre during renovations to its Bethesda space.

“A lot of people remember that very famous picture with [Palestinian Liberation Organization chairman] Yasser Arafat and [Israeli Prime Minister] Yitzhak Rabin with [U.S.] President Bill Clinton shaking hands in the Rose Garden,” actress Erin Weaver said. “We often associate that famous moment with the Washington talks that were happening at that time, but most people don’t realize that the peace agreement was really facilitated by a Norwegian couple.”

“They felt inspired to try to create a conversation different from any conversations that were happening,” Weaver said. “Norway is a neutral country, so they felt they had the ability to maybe bring Palestinians and Israelis together to have meaningful conversations in a way that wasn’t really happening in Washington negotiations being facilitated in Madrid at the time.”

Playwright J.T. Rogers was inspired to write the play by his real-life acquaintance with Terje.

“My understanding is that Terje and J.T. have a child in school together,” Nickell said. “They met and Terje told J.T.: ‘You’re the person to tell my story.’ That was kind of the in from J.T. and he limited his exposure to other people because he wanted more freedom to have his voice come through. Mona is one of the only people involved in it who hasn’t written about it.”

Even so, Mona has recorded plenty of interviews for Weaver to get a sense of her character.

“One of the things that really stuck out to me is how humble Mona is about her involvement in the negotiations,” Weaver said. “I’m always amazed by her humility and the way she — I don’t want to say minimizes — but doesn’t focus on her role. … It’s not just a quality of Mona’s but actually a very Norwegian quality to put less focus on yourself and to focus more on whatever accomplishment is in front of you. That was important for me to apply that to her.”

The cast was also visited by several folks directly involved in the talks, including Terje himself, diplomat Joel Singer and journalist David Makovsky, who wrote a book on the negotiations.

“Almost all of them said wonderful things about Mona and almost all of them were like, ‘Ugh, Terje,'” Nickell joked. “As written in the play, he is not humble. He’s called an ‘egomaniac’ and a ‘dilettante’ several times. He’s hungry to be in the room, to be effective, to be involved and he believes, for good or for bad, that he has the skills to do that. … He’s a little out of his league, but he’s like, ‘Sure, I’ll work on Middle East peace!’ Not being a diplomat and not being a government official … his unique approach to facilitating negotiations really worked out.”

That approach includes the concept of “gradualism” versus “totalism” in conflict resolution.

“This idea of totalism vs. gradualism, Terje talked about, specialized in, taught and was very creative in his ideas about how these conversations should happen as opposed to how they’re always happening,” Weaver said. “The Oslo Accords happened in the style of gradualism, dealing with one small subject at a time, trying to address it, then moving forward to another.”

This forward-thinking, forward-moving philosophy also applies to the staging, as director Ryan Rilette (“The Book of Will”) mixes projections of protest footage with spotlighted portions of the actors on stage. Sometimes it’s a heated negotiation in “the room where it happened.” Other times, it’s welcome comic relief, namely actress Kimberly Gilbert serving up waffles.

“J.T. does an incredible job of conveying lots of facts and true characters, but doing it with charm and wit,” Nickell said. “It’s very powerful, but it’s very funny. … People come in like, ‘Ugh, a three-hour political play, I was really dreading it, but it’s so good! It moves so fast and it’s funny and moving!’ … It’s very cinematic the way it’s written in short scenes jumping around all the time, but there’s also a theatricality that is really wonderful. Audiences are eating it up.”

The script achieves that rare feat of taking a piece of history and still making it suspenseful.

“J.T. has also built an incredible amount of suspense into the story, so even if you know the story, you still find yourself always trying to figure out what happens next,” Weaver said. “It’s still a nail-biter. When I first read it, I really didn’t know anything about the Oslo Accords and not only did I love it, but I felt like I completely understood what was happening at all times and learned more about that time. I found it to be humbling and inspiring, but also hilarious.”

The laughs and suspense build to a rousing climax of success, albeit with tragedy to come.

“One of the reasons that people think maybe they failed is that it wasn’t public enough and there wasn’t oversight, so it was a bit of a surprise,” Nickell said, to which Weaver added, “The rest of the Israelis and Palestinians had no idea it was happening, so once the Oslo Accords became final, you had a group of people on both sides who had no journey or no connection to these peace accords and that’s why there was such a literally violent reaction to them.”

It’s no spoiler to say that the peace deal didn’t last, as tensions rage on to this day. Many of the characters died shortly after, as the actors line up on stage for a bittersweet curtain call.

“I think he’s trying to say that it’s best to try,” Nickell said. “You have to try to make peace. If you don’t, we just have war and conflict. If you’re not willing to get together and look at the people you are fighting with and get to know them personally, you’re going to go nowhere.”

Find out more on the Round House Theatre website. Hear our full cast conversation below: 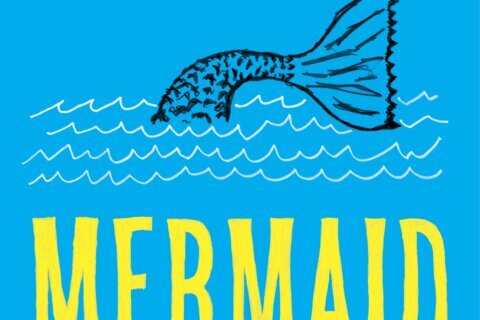