Few artists in the history of music are as indelible as jazz legend Louis Armstrong.

The National Philharmonic salutes Satchmo with “Sounds of New Orleans: A Tribute to Louis Armstrong” at 8 p.m. Saturday at Strathmore Music Center in North Bethesda, Maryland.

Piotr Gajewski will conduct the Philharmonic orchestra with Byron Stripling on trumpet.

“There’s no one better than Byron to bring this to life,” Gajewski told WTOP. “He’s played Louis Armstrong in theaters. … He’s the real deal. … Byron is a fabulous improviser, a super trumpet player. Byron himself toured with Count Basie Orchestra and worked with people like Dizzy Gillespie and Woody Herman. He’s top of the line, so we’re thrilled that he’s playing with us.”

What are Armstrong’s most lasting contributions?

“There are a couple of things he really pioneered,” Gajewski said. “He came out of the jazz tradition of group playing … and became a trumpet soloist. So he’s one of the first jazzers, certainly the first jazz trumpet player, to step in front of a band featured as a soloist. He wasn’t the first scat singer, but he was one of the first scat singers and popularized that. And crossing over, he became very much accepted … when African Americans were still struggling … before the civil rights era. Just an absolutely transforming figure in the history of music.”

Expect to hear all of your favorite Armstrong tunes, including “What a Wonderful World,” “When the Saints Go Marching In,” “He’s Got the Whole World In His Hands” and “St. Louis Blues,” a fitting selection as the Philharmonic celebrates its Leonard Bernstein centennial.

“Bernstein and Armstrong worked together,” Gajewski said. “They did this fabulous concert, 21,000 people at Lewisohn Stadium in New York. This was in 1956, so Bernstein was in his 30s and Armstrong was also young enough. Armstrong brought his all-star musicians, Bernstein brought in members of the New York Philharmonic, and the piece they played together was the ‘St. Louis Blues’ with W.C. Handy in the audience. You can actually see this on YouTube!”

In their own way, Gajewski and Stripling are recreating this epic collaboration.

“Here we are more than half a century later and I, a student of Bernstein, get to work with Byron Stripling, who is a disciple in essence of Armstrong. My connection to Bernstein was as a conducting fellow at Tangelwood, one of three fellows in 1983 chosen from an audition of 150. That’s when I got to meet and study with him in the summer of ’83. A big, big influence.”

After that, Gajewski founded what would eventually become the National Philharmonic.

He insists it’s the best place to perform in terms of acoustics.

“The Music Center at Strathmore is hands down the best concert hall in the Washington area,” Gajewski said. “It’s not because of accident or some special sauce, it’s simply because it was built in 2005, so very recently, and the field of acoustics has advanced and now concert halls are built in a certain way. It’s very similar to the Disney Hall in Los Angeles in terms of its shape and how it’s constructed. It’s acoustically a fantastic hall to experience music in.”

He says audience cite the immersive experience in their positive feedback.

“They tell us that they go to other concert halls in Washington — I won’t mention any by name — but they tell us they have a fantastic experience, they feel like they’re surrounded by the music, rather than the music being a little bit distant. … You can really get the audience involved with the singing, clapping, trumpet, orchestra. It’s a very cool environment.”

Will the National Philharmonic perform any more pops concerts in the future?

“We’ve got some planned that I can’t go public with for next year,” Gajewski said. “What we’re trying to do is play good music. That’s something that Bernstein and Armstrong shared. Armstrong could go into his record collection and listen to Rachmaninoff. What they shared is that there’s good music, there’s bad music and it cuts across all genres. That’s what we’re into, playing good music for the great audiences of the Washington Metropolitan Area. Of course we focus on classical music, but we play all kinds of music. This is our little venture into jazz.”

Find more details on the Strathmore website. Hear our full chat with Piotr Gajewski below: 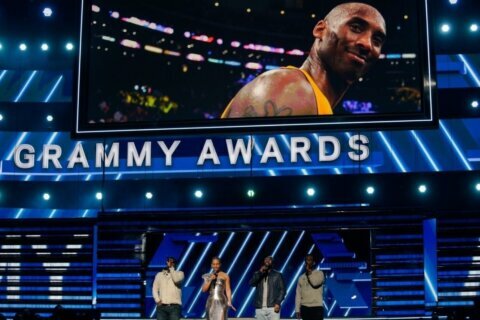 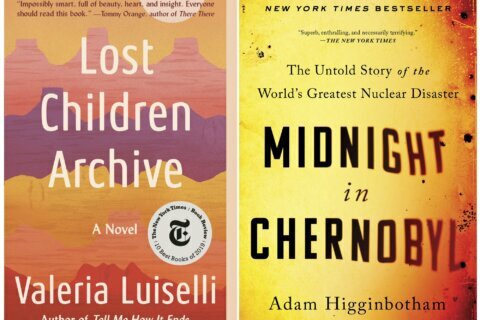 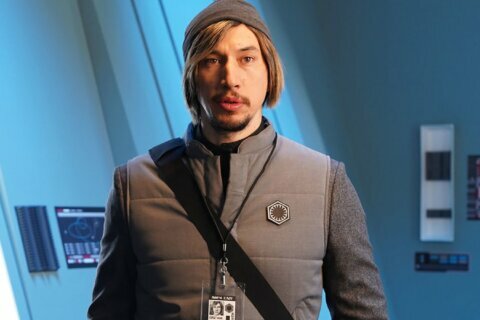