WASHINGTON — Some movies we admire. Others we respect. But a rare few do we flat-out love, touching a place inside of us that reminds us why we go to the movies in the first place.

“Green Book” is one of those movies: the rare crowd pleaser with the chops to go the Oscar distance. It’s a film most easily described as a reverse “Driving Miss Daisy” (1989) when really it’s so much more than that. Its closing night screening at the Middleburg Film Fest remains one of the most wonderful moviegoing experiences I’ve had in years, sensing audience adoration building scene by scene in a domino effect that erupted into a standing ovation.

Based on a true story, the film follows a working-class Italian-American bouncer from the Bronx, Tony “Lip” Vallelonga (Viggo Mortensen), who becomes the chauffeur of an African-American classical pianist, Don Shirley (Mahershala Ali), on a concert tour through the Deep South in 1962. Along the way, they arrange dinner and lodging using the Green Book, a guide by postal worker Victor Hugo Green detailing safe places for blacks to stay during Jim Crow.

It’s no secret that Mortensen is one of today’s most versatile actors, from Peter Jackson’s “Lord of the Rings” (2001-2003) to David Cronenberg’s “A History of Violence” (2005). If you saw “Captain Fantastic” (2016), you know his underrated comic timing, which he unleashes in “Green Book” for an Oscar-worthy performance. Not only does he physically transform himself beyond recognition, he masters an accent and bravado that transcends a Tony Soprano impression into a living, breathing, sloppy-eating, lovably flawed human being.

Meanwhile, expect Ali to be nominated for Best Supporting Actor, which he recently won for “Moonlight” (2016). Like that movie, he once again shatters black male stereotypes as a brave musical genius beneath stoic facial expressions, dainty hand movements and perfect posture. Ali painstakingly trained with composer Kris Bowers to learn the proper hand placement on the piano keys, convincing us that he’s actually a renowned concert pianist. It’s arguably a heavier lift than Morgan Freeman’s role in “Driving Miss Daisy,” having to play more layers.

Together, the two create a magical chemistry on screen with buddy comedy reminiscent of Gene Saks’ “The Odd Couple” (1968), making Ali the tidy Felix to Mortensen’s uncouth Oscar. Of course, the better analogy might be John Hughes’ “Planes, Trains & Automobiles” (1987), painting Mortensen as the overbearing John Candy to Ali’s no-nonsense Steve Martin for a fascinating look at male bonding trapped in a car trying to make it home for the holidays.

If their friendship feels authentic, that’s because it is. Tony Lip’s real-life son Nick Vallelonga co-writes the screenplay to share the incredible true story of his father’s unlikely friendship (be sure to stick around through the end credits for inspiring “where are they now” images of the real folks). Not only does the script feature a fascinating premise, it’s also packed with hilarious dialogue banter, unexpected plot twists, and dual character arcs that give it depth.

For Tony Lip, it’s overcoming his racial prejudice, evolving from not wanting to drink from the same glass as black handymen to later defending Shirley against racist club owners. He also grows into a better family man, writing love letters home to his wife Dolores (Linda Cardellini) with a lot of help from Shirley, who suggests eloquent changes to his inarticulate ramblings.

For Shirley, it’s a search for identity by a man who doesn’t neatly fit into routine cultural boxes. At one point, his insecurities erupt as he cries in the rain, “If I’m not black enough and I’m not white enough and I’m not man enough, then what am I?” All the while, he forgoes higher paydays at Carnegie Hall to play riskier gigs for less cash, fueled by a deep desire (similar to Dick Gregory) to sacrifice his own comfort in a greater effort to advance humanity.

And yet, for both men’s flaws, neither is painted with a broad brush. Just as Tony Lip is ignorant to high culture with off-color jokes and limited vocabulary, Shirley is naive to lowbrow culture by not recognizing Little Richard on rock ‘n roll radio. This bridge building between highbrow and lowbrow culture is the secret sauce that makes “Green Book” sing.

It’s only fitting that the film’s director is himself a lowbrow titan stretching into highbrow art. Peter Farrelly is best known as a duo with brother Bobby, together giving us the “Citizen Kane” of stupid comedy in “Dumb and Dumber” (1994) and catching our funny bones in a zipper in “There’s Something About Mary” (1998). In “Green Book,” Peter ventures out on his own for a solo directorial effort, resulting in an impressively deft genre shift that no one saw coming.

Throughout the film, Farrelly demonstrates keen directorial prowess in his juxtaposition of images, particularly his transition from black field workers tilling land by the roadside, to a swanky recital at a former plantation, using the heroes’ car to cleverly wipe across the screen. Shirley’s slick turquoise car pops amid the lush period colors by cinematographer Sean Porter, while Bowers blends his own original score with snippets of Shirley’s real-life classical pieces.

Might Farrelly be rewarded come Oscar time? It’s unlikely that he’ll compete for Best Director against Alfonso Cuaron (“Roma”), Damien Chazelle (“First Man”) and Bradley Cooper (“A Star is Born”), but I’m rooting for him to win Best Screenplay and Best Picture. Here’s hoping voters don’t punish “Green Book” for the sins of Oscar past, as “Driving Miss Daisy” is seen as the safe pick over Spike Lee’s more daringly deserving masterpiece “Do the Right Thing” (1989).

In 2018, “Green Book” will similarly compete against Spike Lee’s “BlackKklansman,” Ryan Coogler’s “Black Panther” and Barry Jenkins’ “If Beale Street Could Talk,” but in this case, it’s the most well-rounded mix of art and entertainment. Last year’s best racial exposés came from African Americans with Jordan Peele’s “Get Out” and Dee Rees’ “Mudbound.” This year, it just so happens to be a white guy in Farrelly, who like Peele comes from comedy, and like George Stevens, Stanley Kramer or Robert Mulligan just contributed to our healing process.

Sometimes it takes a mainstream flick to reach more people and change hearts and minds. “Green Book” delves into the darkness of America’s original sin in a joyous, refreshing way, epitomized in the scene where Tony Lip debates how to conclude his letter. “Should I write, ‘P.S. kiss the kids?'” Shirley replies, “That’s like clanging a cowbell at the end of Shostakovich’s Seventh!” On paper, it sounds like too much. In reality, he smiles and admits, “It’s perfect.” 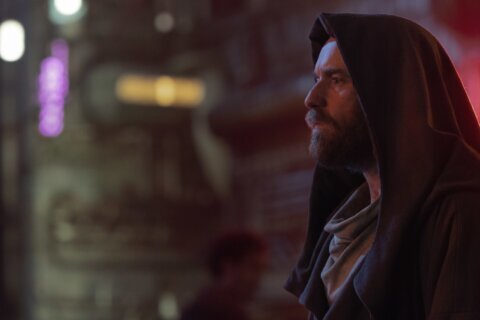