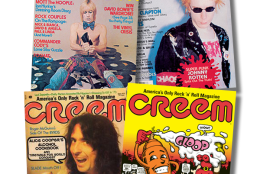 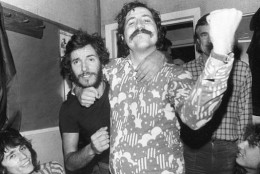 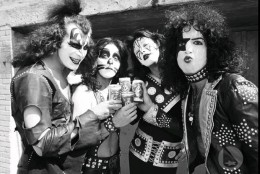 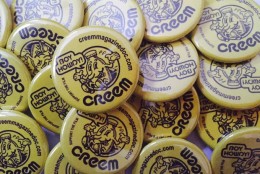 WASHINGTON – It was the rock and roll magazine musicians aspired to be critiqued in, even if their new record was bad.

Creem, which dubbed itself “America’s only rock ‘n’ roll magazine” in a dig at Rolling Stone, was the number two-selling music magazine in the U.S. during the 1970s.

D.C. filmmaker Scott Crawford, fresh off the success of “Salad Days: A Decade of Punk in Washington, D.C.,” is launching a Kickstarter crowdfunding effort Wednesday to complete the documentary “Boy Howdy: The Story of Creem Magazine.”

“In terms of its editorial voice, the overall attitude of the magazine was very anti-establishment and really represented the Detroit attitude at the time,” said Crawford.

Creem was started by Barry Kramer, who owned a record store and head shop/bookstore in the Motor City.

With influential writers — including Lester Bangs, arguably the greatest rock critic ever, as well as Dave Marsh, who coined the term “punk rock” in 1971 — Creem started as a tabloid-sized newspaper, but within two years had become a glossy color magazine.

“If you look at the covers during the 70s, there was a nice cross-section of the music they covered,” said Crawford. “One issue might be Iggy Pop on the cover; the next might be Ted Nugent, or Kiss, or David Bowie.”

Kramer died of a drug overdose in 1981. His son, J.J. Kramer is producing the film with Crawford.

“Detroit’s rock and roll kids are like no kids anywhere else in the country – rock and roll is uniquely central to their lives,” Kramer told WTOP.

Kramer vividly remembers the first time he saw an issue of Creem.

“My first clear recollection was when I was about five years old, after my father had passed away. I remember being in the Creem offices, and my mom showing me the first issue where my name was featured in the masthead as Chairman,” said Kramer.

“After my dad died, he left the magazine to me. Of course, I was still too young to really process any of it, and it was years later before I truly appreciated the gravity of it all.”

Crawford said Creem’s writers were passionate fans who cared about the music.

“It was really the way they wrote about the music that distinguished themselves,” said Crawford. “They had this ‘take no prisoners’ approach, where if they didn’t like a record you were going to hear about it – there was no beating around the bush.”

Crawford said Creem was “certainly a musician’s magazine,” where bands respected the opinions of the critics.

“If they loved the record they were going to tell you why you should buy it, in a really articulate, brilliant way that’s really lacking in music journalism now,” said Crawford.

In the 1970s, music magazines including Creem, Rolling Stone, Crawdaddy and Circus were the primary way young people learned about musicians.

“Obviously there was no internet, so the only way you really found out about this stuff was through music magazines and word of mouth,” said Crawford.

Crawford, who as a teenager started a fanzine called Metrozine that documented D.C.’s punk scene, and later launched the magazine Harp in 2001, says Creem was his main inspiration for going into publishing.

download audio
Creem existed during the heyday of music magazine

“There’s a real tactile satisfaction that comes from looking at a music magazine, touching the paper and looking at these larger-than-life personalities on the pages,” Crawford said. “Between that and album artwork, that was really all you had to kind of imagine what the world must be like that these musicians live in.”

Crawford said he has been interviewing musicians for a year, in early production of the film.

“Everyone from Alice Cooper to Wayne Kramer (of) the MC5 and a number of others so far; they’ve all said ‘it meant everything to us to be in Creem,” Crawford said.

“When you’re doing a film about these artists, you can’t make a movie without having their music in it, so that’s going to be a big bulk of the expense of making the film,” he said.

Crawford said completing the film will also take a lot of traveling. “Unlike doing a film in my own town, there are a lot of people in Detroit and around the country that need to be interviewed.”

In addition to creating a film, Kramer said, he is also learning about his father.

“Since my dad died when I was so young, I never really knew him,” said Kramer. “As we move forward with this patchwork quilt of others’ anecdotes, stories and recollections from the early Creem years, I’m going to learn about my dad in ways I never have before – the good, the bad, and the crazy.”

See the trailer for “Boy Howdy: The Story of Creem Magazine”: