WASHINGTON — For years, Captain Kirk has been associated with three words: “Beam me up.”

But D.C.’s new “Captain Kirk” has changed the narrative with three new words: “You like that?”

The irony is not lost on “Star Trek” legend William Shatner, who brings his musical comedy show “Shatner’s World: We Just Live In It” to D.C.’s Warner Theatre on Thursday, Feb. 4 at 8 p.m.

Shatner is of course referring to Redskins quarterback Kirk Cousins, who “bravely went where no QB has gone before,” setting a franchise record for passing yards, among other single-season marks.

“Are the Redskins good or what? And is Cousins good or what?” says Shatner, a fan of the Denver Broncos, whose former Super Bowl coach Mike Shanahan drafted Cousins to Washington in 2012.

So does the original Captain Kirk have any advice for Cousins?

“Press a lot of weight, do squats and do aerobics … then jump up and down for 15 minutes.”

Shatner admits the workout advice didn’t come in too handy on the Starship Enterprise.

“I laid down a lot. Tell Kirk Cousins to lay down and rest,” Shatner jokes.

While the Redskins are entering the off season, there’s no rest for Shatner, who’s busy touring the country with his musical comedy show, blending jokes, anecdotes and even some singing.

“I am going to do my Broadway show that got great notices and has been doing so well with audiences all across the country and all across Canada and all across Australia as well. Over a period of time, I’ve toured and it’s been very successful. The audience reaction is tremendous.”

The show covers a variety of topics in a way only Shatner can.

What sort of humorous anecdotes can we expect?

At the end of the show, Shatner performs a song called “Has Been,” written for him by Brad Paisley, who once cast Shatner in the music video for his No. 1 country hit “Online” (2007). In addition to his work with Paisley, Shatner also recently recorded the music album “Seeking Major Tom” (2011), featuring space covers of U2, Frank Sinatra, Queen, Pink Floyd and the late David Bowie.

“I did an album that had cover songs from space. The concept was ‘Seeking Major Tom.’ … We go find Major Tom in space. … I was a big Bowie fan. He was incredible. … What a singer he was, my god.”

Speaking of those we’ve lost, it’s also been nearly a year since the death of Shatner’s best friend Leonard Nimoy, who starred as Spock in Gene Roddenberry’s TV series “Star Trek” (1966-1969).

“When you do a play, movie or television series, you’re thrust into each other’s company for the longest time, 18 hours a day, and you develop friendships, you develop a relationship. You’re fighting a war, so you’re buddies like buddies are in war. The show is canceled … and that best friend forever goes off to another job, as you do, and you lose contact with each other ’cause the show is over.”

But for Shatner and Nimoy, the bond didn’t end when the TV series wrapped.

“In Leonard’s case, we were thrust into each other’s company by the fact that we made six movies together and then we did a lot of personal appearances together. So suddenly, instead of losing contact, I’m in closer contact with him than ever before, and that evolved into the friendship.”

Next month, Shatner will release the Nimoy memoir “Leonard: My Fifty-Year Friendship with a Remarkable Man.” It hits bookshelves Feb. 16, nearly a year after Nimoy’s death on Feb. 27, 2015. The memoir is Shatner’s chance to say goodbye, just like Spock’s Vulcan salute through the glass at the end of “Star Trek: Wrath of Khan” (1982), the two forever frozen in time on screen.

“I talk about friendship in general and how difficult it is for many men, myself included, to make friends due to a number of circumstances. Women seem to do it more easily, whether it’s cultural or genetic I don’t know. … Guys hang out all the time and grab a beer. But is that a great friend? I don’t know. … For me, Leonard was that brother, that friend, and to lose him is a severe loss.”

One of Spock’s final appearances came in J.J. Abrams’ blockbuster “Star Trek” (2009) reboot. Shatner says we shouldn’t be surprised at Abrams’ successful reboot of both the “Star Trek” and “Star Wars” franchises. He says audiences have a cross-generational hunger for compelling science fiction.

“Sci-fi, through the imagination of the author, tries to answer inexplicable questions. Are there UFOs? Life after death? Beings on other planets? All this stuff we can’t answer, an imaginative writer tries to answer and it evokes our imagination. So we take it on faith, we take it as though it were mythology and indulge in that mythology. That’s the secret behind science fiction,” Shatner says.

If you want to learn more of Shatner’s secrets, turn out next month at Warner Theatre.

“If they want to be entertained in a unique fashion and have a wonderful evening with me, come to the Warner Theatre. … They’ll be entertained for the entire length of time. I promise you. … I engage the audience and I never let go. It’s a moment in the theatre that’s very, very unusual.”

Who knows? If Cousins listens to WTOP, he may just buy a ticket and show up in the audience.

“I admire Kirk Cousins and I wish he would come,” Shatner says, extending the invite from one Captain Kirk to another, from the gridiron to the final frontier. C’mon, you’ve got to like that.

Click here for more ticket information. Listen to the full interview below. 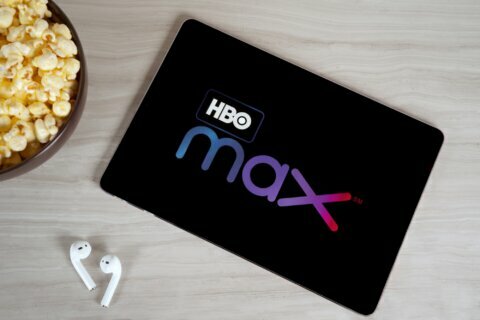