MCLEAN, Va. — “Second star to the right, and straight on till morning.”

Those directions will lead you Neverland, but they’ll also take you to Tysons Corner.

The live theatre production is performed in a giant circus tent, tucked behind Rt. 123 and International Drive near Tysons Corner Center. The inside is illuminated by a 360-degree projection of scenic backdrops, while the actors perform at a stage in the center of the roundhouse audience.

“The first thing that we started with was: What is the best way to tell this story with everything we have at our disposal in the 21st century?” says creator Charlie Burnell. “You don’t want to shoehorn things in just for the sake of it. You think, does it serve the story? We played around with it and we workshopped flying with video, and the results were so thrilling that we decided we had to do it.”

The production debuted in London back in 2009 before moving stateside in 2010 for a tour of San Francisco, Orange County, Chicago, Atlanta and Boston. The 360 theatre troupe returned to the U.K. to launch a new show, but Burnell kept an eye on reviving “Peter Pan” once more in the U.S.

“It was always our intention to bring ‘Peter Pan’ back, and we thought long and hard about where to start,” Burnell says. “We certainly wanted to play close to D.C. at some point, and Tysons Corner is just a perfect fit for this, it being a family show and there are a lot of families living around here.”

Tysons Corner was also attractive due to the recent addition of the Silver Line Metro.

“It really is a demonstration of the vibrancy that we are seeing here in Tysons,” says Fairfax County Chairman Sharon Bulova. “Being able to bring our families here to enjoy a world-class production is really special, but to have it here especially in Tysons is really special. People can get here on the Silver Line Metro. They can drive and get here as well. There’s lots of shopping, lots of opportunity here, and having ‘Peter Pan’ is really just spectacular. It’s something that everyone is going to enjoy.”

The notion of 360 projection was pioneered by designer William Dudley in a process known as “edge blending.” The image projects out from underneath the stage using 12 projectors for 10 million pixels and 15,000 square feet of CGI to render 400 square miles of virtual London.

“You have to choreograph it and time it very carefully,” Burnell says of syncing the performances with the wire flying, digital projection and music.

Even if you’ve seen the Mary Martin version on Broadway, the 1953 Disney animated film, or the 2014 televised musical, the 360-degree event provides an entirely new take on J.M. Barrie’s story.

“This is ‘Peter Pan’ like you’ve never seen it before,” Burnell says. “There’s an everlasting magic with ‘Peter Pan.’ If you think you’ve seen it, and you come and see this, you’ll be glad you did, because there’s never been anything quite like this.”

“Peter Pan is a young boy and should be played by a young man,” Burnell insists. “The same with Tinkerbell, which is traditionally played by just a little light. I always felt that Barrie wrote such a vibrant, exciting and feisty character that we really needed to cast an actor to give the audience the full value of that character.”

The rest of the cast consists almost entirely of American actors, except for English actor Stephen Carlile, who’s flying in to play Mr. Darling and Captain Hook. And while you may no longer clap to revive Tink’s flickering light, you will still have an interactive role.

“There is particularly committed audience participation required to revive her,” Burnell teases.

Bulova will be among those audience participants on opening night.

“I have always been a fan of ‘Peter Pan,'” Bulova says. “I love to think of never growing up and going off to Never Neverland. When I was a kid, I was imaginative, so ‘Peter Pan’ was a natural to me, and it is for my kids and for their children as well … I expect to have my grandchildren with me. … So I would like to think that we’re all going to be sitting there under the big tent, enjoying the production. … It’s going to be a fantastic, whimsical, wonderful opportunity for families.” 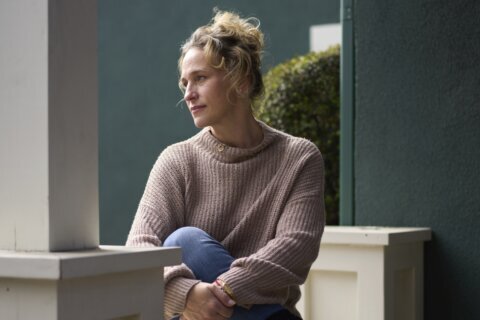 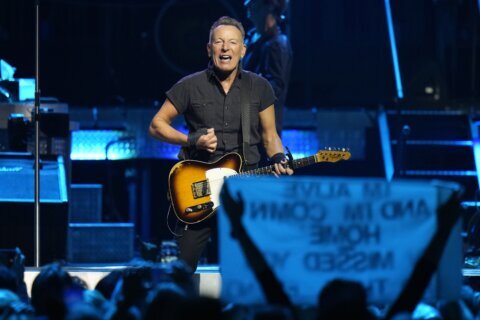