Opioid overdoses continued to rise as coronavirus spread throughout U.S.

COVID-19 brought huge disruptions to the United States as it caused the biggest public health disaster in a century. However, it wasn’t just those who caught the disease who were effected. Dr. Kirstin Holland, CDC’s associate director for science in the division of overdose prevention said the CDC is seeing a 40% increase in synthetic opioid overdoses and the use of those drugs is changing geographically toward the west.
Listen now to WTOP News WTOP.com | Alexa | Google Home | WTOP App | 103.5 FM

COVID-19 brought huge disruptions to the United States as it caused the biggest public health disaster in a century. However, it wasn’t just those who caught the disease who were effected.

The isolation brought by the quarantining and lockdowns had dramatic impacts on mental health, and the Centers for Disease Control and Prevention saw increases in use of and overdoses from opioids.

“We really have seen some differences recently with respect to the overdose epidemic. We’re seeing that it is continuing to evolve,” Dr. Kirstin Holland, CDC’s associate director for science in the division of overdose prevention. “Provisional mortality data show us that over overdose deaths actually accelerated during the pandemic.”

However, it is certain that COVID had a tremendous impact on drug use and response.

“Past research on public health crises suggests it is likely that COVID-19 and associated mitigation measures will have impacts that far outlast the short-term emergency period and that may intensify during periods of increased transmission,” Holland wrote in a study published by the Journal of the American Medical Association.

One of the things causing an increase in overdose is the prevalence of synthetic opioids.

“Overall, we’ve seen deep decreases in prescribing for opioids and prescription opioid misuse and also in fatalities from heroin and prescription opioids,” Holland said. “Where we’re seeing the major increases, is in deaths that are related to synthetic opioids, and primarily the illicitly manufactured fentanyl.”

Fentanyl is 50 to 100 time more potent than morphine, according to the National Institute on Drug Abuse.

Holland said CDC is seeing a 40% increase in synthetic opioid overdoses and the use of those drugs is changing geographically toward the west.

“We’re seeing co-use of illicitly manufactured fentanyl with other drugs such as cocaine and methamphetamines,” Holland said. “And we’re also seeing a mixing of illicitly manufactured fentanyl into the drug supplies of methamphetamine and cocaine. The changes in the drug supply and substances are especially concerning. The mixing of fentanyl into the drug supply puts people at risk for overdose, as it increases the risk of exposure to fentanyl, which is a really highly potent opioid. Many people may not even be aware that there that there are other substances mixed in the drugs that they’re using.”

Holland said it is important that people who are using opioids are not alone, so the easing of quarantine restrictions may help people who overdose. They could have better access to life-saving drugs like Naloxone, which rapidly reverse opioid overdose effects. 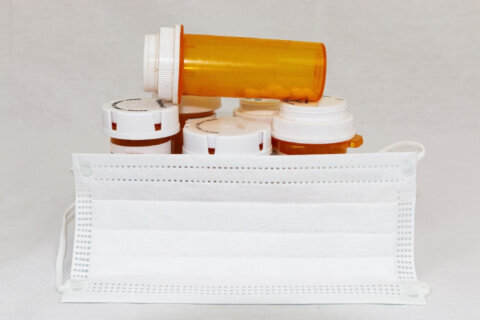 COVID-19 still a major factor for those with opioid addiction